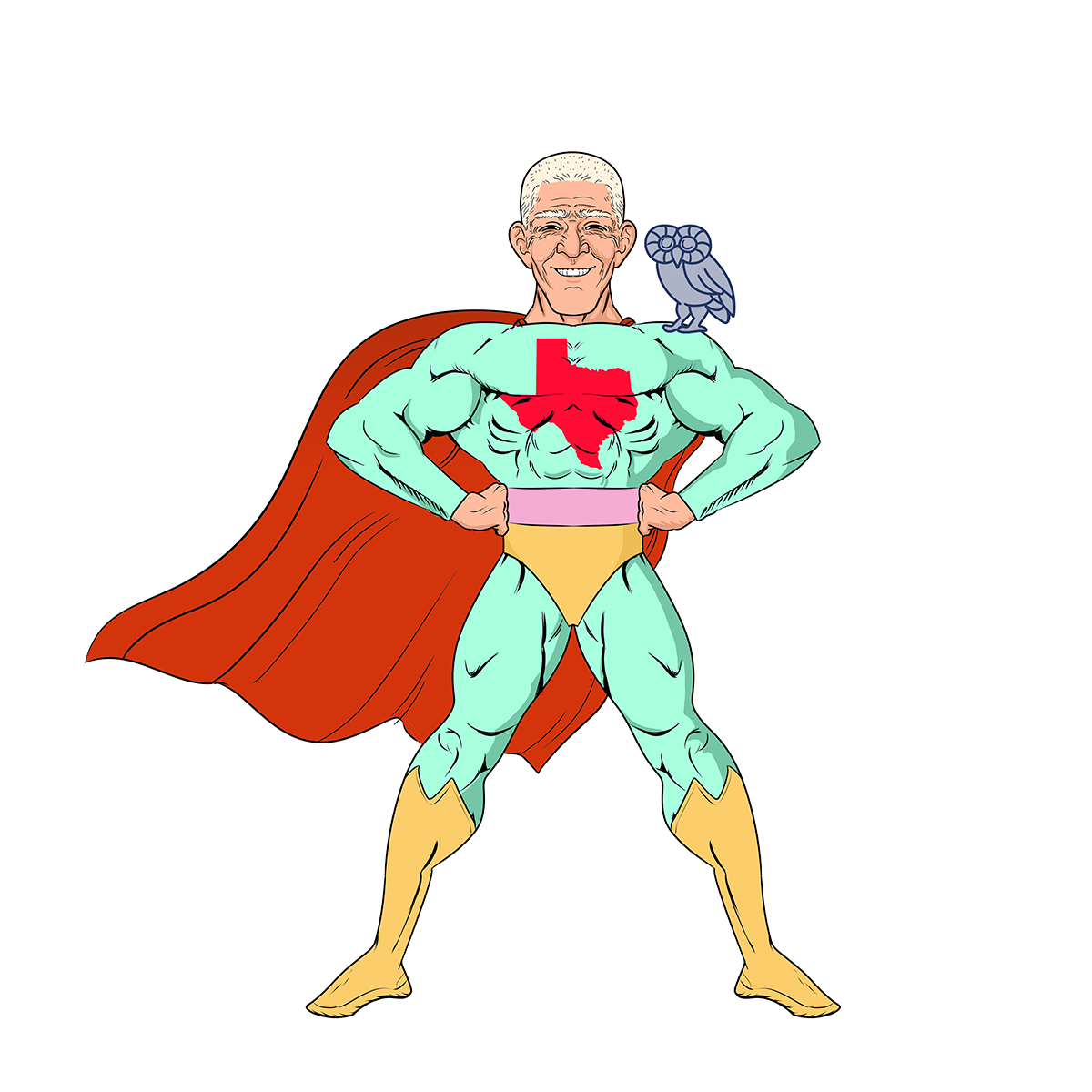 Is it really a selfless act when you make sure the whole town knows about your charity?

Ever since our first local hero Sam Houston stood tall in Texas history his namesake city has had a spotty record in anointing municipal icons.

In the decade before the Civil War, one of Houston’s civic leaders and perhaps its richest man was the merchant and financier William Marsh Rice, founder of a certain Institute for the Advancement of Letters, Science, and Art on Main Street. That institution only came about after old man Rice’s executors finally ironed out the question of his will. A last testament mired in disputes with both his wife’s estate and a rival and forged by a shady attorney in cahoots with Rice’s butler. By the way, in the case of Rice’s murder it was the butler who did it.

The foundation of first-rate Institutes for the Advancement of Letters, Science, and Art don’t come cheap, so one may well wonder how Rice amassed such a vast fortune, and how he not only kept intact when most other wealthy Texans lost all when the Confederacy collapsed and slavery was abolished.

It’s simple. Will Rice had no loyalty to aught but the almighty dollar.

Rice’s apologists like to point out that he was at heart a Unionist, but that does not equate to abolitionist at all. At the war’s outbreak, Rice owned no fewer than 15 slaves, some of whom he purchased himself and others whom he accepted as collateral for bad loans. In 1856, he took out an ad in the local paper requesting the return of 30-year-old Merinda, whom, he wrote, believed to be still “lurking about town” and for which he would hand over a “liberal reward” upon her capture. He also served for one year on Houston’s slave patrol, hunting down runaways of his own and those of his friends, neighbors, and customers.

In a state leery of banks, Rice pretty much served as one, and financed many a plantation owner’s operations, which included the purchase of slaves. Rice also profited on the back end – most of the retail goods sold in his commercial emporia were purchased by men and women made wealthy on the backs of slaves.

In 1863, Rice’s wife died unexpectedly, and Rice took the opportunity to leave Texas and set up shop in Matamoros, just across the Rio Grande from the tip of Texas. There he shipped cotton smuggled out of Texas and off to Cuba and the markets of Liverpool, where it sold for record prices thanks to the Union blockade on the Confederacy. It is uncertain today whether Rice funneled that money back into the Confederate cause but highly unlikely – his loyalty was not to Jefferson Davis but only to himself. Two years after the war’s end, he hightailed it out of war-ravaged Houston and took his talents (and his fortune) to New York, where he spent almost all of the rest of his life.

In the words of contemporary Rice history undergraduate Andrew Maust, “Rice University, which opened its doors in 1912, is a prime example of a university founded after abolition that owes its existence to the legacy of slavery. While the Rice Institute, later changed to Rice University, was not active during the time of slavery, its founder and namesake, William Marsh Rice, benefitted from the slavery driven economy of antebellum Texas.”

There were two stipulations in Rice’s charter for his namesake school that have since been overturned: one, that it be forever tuition-free (it no longer is), and two, that it be reserved for whites only. And it remained so until 100 years after the last musket shot of the Civil War.

In the words of a famous hit song by a band I just made up named Thomas Jefferson Starship, we built this city on slaves and oil, so let’s jump ahead a full era in Bayou City history to the high-tech ‘90s, when one Kenneth Lay was the toast of the town. Circa 1997, it was hard to escape his bald, Deputy Dawg-eyed visage bearing its ever-present exalted grin. His Enron outfit was disrupting the energy business in so many innovative and disruptive innovations! Or maybe not. Maybe they were just carving out tricksy-tricksy loopholes, dreaming up disruptively innovative balance sheets, and ruthlessly exploiting the citizens of California by creating artificial shortages of much-needed power and raking in obscene profits on markets it manipulated from its shiny new high-rise on Louisiana Street. Whatever they were doing, they were sure having fun, their traders and C-suite execs seen daily puffing on Cuban cigars while whipping downtown from their Southampton lairs in their requisite gray convertible Porsche Boxsters until…they weren’t, and the whole thing melted down in what was then the largest bankruptcy in United States history. Suicides, prison sentences, financial and professional ruination…these were the legacies Kenneth Lay took to his (alleged) deathbed.

Today’s Houston is reigned o’er by the triumvirate of JJ Watt, Mattress Mack and Tilman Fertitta, the last of whose reputation is finally on the receiving end of a long-deserved comeuppance even as I type this.

We’ll take this trio in increasing order of annoyance.

JJ Watt at least is indisputably a master of his art. As a defensive lineman, he’s a generational talent. On the other hand he is also a world-class dork, a cornball supremo, or in Drew Magary’s words, “50 times more grating and self-serving than GLORY BOY players he supposedly out-rises and out-grinds every offseason.” Magary’s former Deadspin colleague ended that once-great site’s mostly sincere adoration of Watt abruptly when it came to light that the “minimalistic” “no-frills” cabin where Watt trained in the off-season, purportedly deep in the wilds of backwoods Wisconsin – and in Watt’s words, “just an empty space and a log cabin and snow” was discovered to be anything but. In Burneko’s words, it was, in fact “A friggin’ log chalet. A log manse. A log compound. I’ve stayed in hotels humbler than that log alpine sex palace. That is a ‘minimalist’ ‘log cabin’ like Times Square is a ‘rustic’ ‘crossroads.’” Burneko, who seemed genuinely hurt by the revelation of Watt’s dishonesty, illustrated his rant with pics of the “cabin’s “detached garage larger than Bhutan, with its own kitchen,” its “bathroom much larger than an entire no-frills log cabin,” and its “Like 900,000 square feet of additional garage space or whatever.”

Indeed that is the worst part. Whenever JJ feels the need for a virtual belly rub, he’ll tweet some hot take like how Dallas sucks, or how Whataburger rules and In-N-Out drools, or how H-E-B is just the bestest, and tens of thousands of Rubestonians will spontaneously combust in blinding battle red and steel blue flames.

Mattress Mack McIngvale. A Dallasite beloved in a city that reflexively distrusts anybody hailing from north of Huntsville. A Tea Party Republican revered in a Democratic city. A pal of Donald Trump whose jaw-droppingly tacky furniture empire is headquartered in an overwhelmingly Hispanic neighborhood. It’s amazing how the same people who loathe Sheila Jackson Lee for never failing to find her way in front of a camera absolutely adore Mack for the very same thing. Sober and intelligent people actually wanted to have a statue put up of the man when during Harvey he let a few people crash on his floor models for a day or two when he would have been closed anyway.

Is it really a selfless act when you make sure the whole town knows about your charity? What is the monetary value in that, balanced against some marked-down floor models that might well have been tax write-offs?

The man shreds Houston’s heartstrings like Billy Gibbons on a tear. I mean, come on, Mack Idolatry is so fervent, an actual reporter from an actual newspaper sincerely and seriously likened this once coke-addled motormouth to Jesus Christ.  No shit.

Quoth the Daytona Beach News-Journal: “If you want to know what the kingdom of God looks like, it looks exactly like a mud-tracked, disheveled, happily over-crowded furniture store…if Jesus were in Houston, he’d be hanging out at Mattress Mack’s, multiplying loaves and fishes and pizzas.”

It is written: And as the sun returned to the Houston skies, the waters receded, and began to evaporate, and rise in the air, and along with them, the anointed one they call “Mattress Mack,” yay, like unto the waters, he ascended, glowing with the warmth of God’s love, carried aloft by a battalion of harmonizing cherubim, and into the Kingdom of God, who upon Mack’s arrival there, ceded unto Him his Throne, and declared Him, Mack, the Highly Publicized Opener of Very Temporary Tax Write-Off Shelters, the One True God, He Who Would Reign Without End…

I mean, fuck. I got so annoyed by Mack’s post-Harvey cult I found myself sticking up for Joel Osteen mostly just to be a dick, but also, like, what was up with that, y’all? I mean, there were a whole bunch of other churches all over town that also did not throw open their doors.

On the other hand, one thing you can say about Tilman Fertitta is this: the man gives zero fucks what you think about him. Oh, you’re an animal rights activist? Or just someone who doesn’t think tigers should be kept in a downtown prison cell for years on end? You know what? Fuck you, if I want to keep four tigers in a downtown prison cell for years on end, that’s exactly what I’m gonna do.  And I’ll be your favorite old steakhouse and turn it into yet another saltgrass, and your favorite old seafood joint? Poof! Don’t look now, it’s a Joe’s Crab Shack, asshole. As a matter of fact, I’ll cheese up whole towns, starting with Kemah and then Galveston, and then I’ll buy your favorite basketball team and make you hate yourself for ever having loved them. Oh, you stand with the people of Hong Kong like that nerd Daryl Morey? Lol. Shut up and listen: fuck your feelings.

And hey, just because you can’t make next month’s rent after I furloughed all of you from my restaurants, casinos and amusement parks…What can I say? That sounds like a you problem. Should have saved your tips. 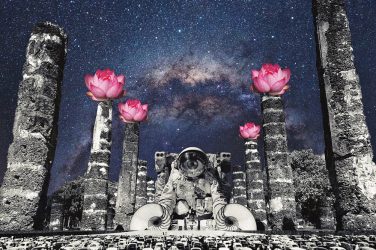