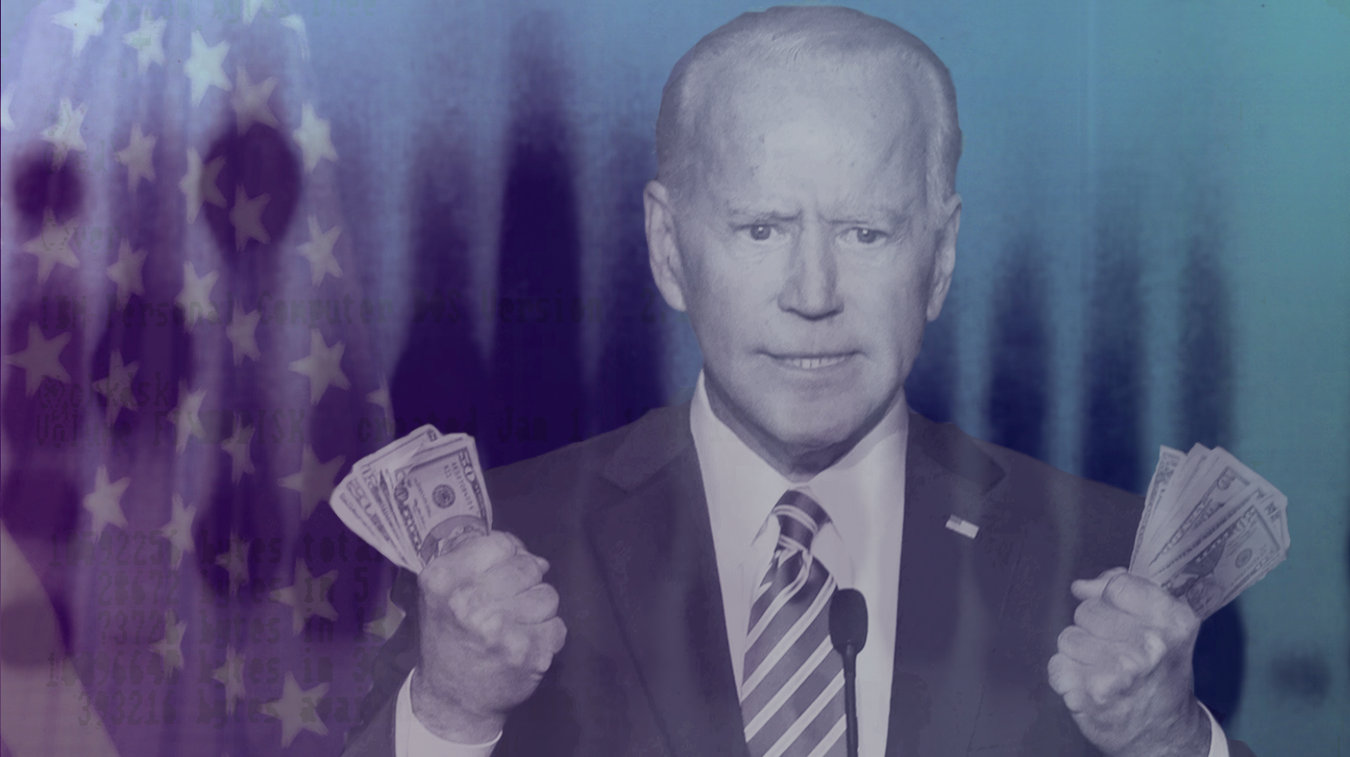 Unfortunately, this is not quite the zero-sum game libertarians, greens, and disaffected Bernie Bros might be tempted to believe. Joe Biden is an uninspiring corporatist tool who has based his entire career on being the epitome of safe political mediocrity. But Donald Trump is the raging Id of the Apocalypse.

After clicking on a random link in my Facebook feed, I recently found myself in an IM conversation with what was almost certainly a bot deployed by the Biden campaign. I base this assessment on the absolutely blunt way it immediately asked me for money, as well as it’s inability to understand the phrase “fuck you”. It did, however, understand that I wasn’t giving it money. Too bad the folks who wrote it did not understand that the fucking thing could’ve at least asked nicely. I’ve received more subtle invitations from whores at truck stops at 2 AM.

America hasn’t quite reached the depth of existential bleakness of being in a truck stop in the wee hours explaining to hookers that you’re as broke as they are… but we’re getting there pretty quick. In the middle of a pandemic and a collapsing economy, we are a mere seven months from the most important presidential election in history… between a Douchebag and a Turd Sandwich.

Unfortunately, this is not quite the zero-sum game libertarians, greens, and disaffected Bernie Bros might be tempted to believe. Joe Biden is an uninspiring corporatist tool who has based his entire career on being the epitome of safe political mediocrity. But Donald Trump is the raging Id of the Apocalypse. Unless you’re a billionaire, a nihilist, or have made unrepentant racism the core mission of your existence, you want Joe Biden to win… you just may not realize it yet.

Joe Biden and his team have exactly one job at this point: doing everything possible to convince people to vote for Joe Biden in November. How well are they doing that job? I decided to take a look at their website… and find out.

For starters, you better be sure you’re typing in ‘joebiden.com’ in your browser’s address bar and not ‘biden.com’ — which the Biden campaign has apparently not, at this late date, bothered to secure. At this writing, it’s for sale… if you want it. At least ‘trump.com’ takes you someplace — to the orange bloated one’s corporate site. Which is also sort of a problem. But let’s literally not go there.

Assuming you type in his full name, the first thing you’ll see — no surprise — is Uncle Joe’s smiling face and a row of donation buttons. Standard operating procedure for campaign websites since HTML 2.0. Clicking the “continue to joebiden.com” link at the top of the page takes you to… well, basically the same content. A different picture of smiling Uncle Joe, this time with the donation buttons in a different location. If you’re a hypothetically undecided voter who wants to know why you should be giving Joe Biden dollars or votes, it takes at least three clicks and some scrolling to get there. Again, standard campaign website design. But this is not a standard campaign season. Very possibly, the hypothetical undecided voter visiting this site just lost their job — and they are almost certainly visiting the site from wherever they are sheltering in place from a plague. Tone deaf? Maybe a little.

But let’s assume you’re either interested enough or bored enough to do the three clicks and scrolling required to arrive at “Joe’s Vision”. What’s finally there?

Under the headline “Bold Ideas”, you’ll find 29 buttons that start with “The Biden Plan for Bankruptcy Reform” (it’s actually the Warren plan, but more on that in a moment) and end with “Joe Biden’s Agenda for the AAPI Community” (that’s “Asian American & Pacific Islander”, BTW). In between, you’ll also find links to ‘Biden plans’ for COVID-19 (at least he has one), Immigration, Infrastructure, and much more. There’s even a plan for “Climate Change” — even though you have to scroll halfway down the page to get there.

If you’re willing to scroll all the way down, you’ll finally see “Joe’s Vision for America” summarized as follows:

Great stuff, and I agree — but for fuck’s sake; why not put it at the fucking top? You’ll also find out, along the way, that “America is an idea” and that the Biden campaign is in a battle for it’s soul. Again, I absolutely agree — but could this not take precedence over the campaign donation buttons?

As for the assorted 29 “Biden Plans”, some are better than others — but they are all sound policy frameworks. Making Elizabeth Warren’s Bankruptcy Reform Plan the first item on the list is encouraging — and certainly no accident. But in order to implement any of these plans, Biden needs to seal the deal with voters, all the voters… and he’s not.

Fighting your current fight with strategy leftover from your last war is no more a good idea for politicians than it is for generals — but that’s exactly how Hillary Clinton lost to Donald Trump in the first place. And, so far, Joe Biden is making the same mistake.

In the middle of one of the greatest crises this country has ever faced, the Biden campaign is lacklusterly shaking down victims of that crisis for small change they can’t spare, focus group testing the hell out of a slick website that targets people who are going to vote for him anyway, and doing nothing to clearly and simply articulate a vision in opposition to the fundamental trainwreck administration of Donald Trump.

If he does, he needs to start acting like it. Amid endless speculation of Warren’s possible placement on the ticket, in the aftermath of Sander’s explicit advice on the need for greater outreach, Biden continues to conduct a presidential campaign that could have occurred at any point in his career — seemingly oblivious to the fact that everything has changed… and that the politics of even four years ago are now utterly irrelevant.