On April 13, the governors of  California, Oregon, and Washington jointly announced The Western States Pact — an agreement to coordinate efforts at combating COVID-19

A long-standing feature in the local popular culture of the Pacific Northwest is the idea of ‘Cascadia’ — the idea that there is a quasi-country of common culture and shared sets of interests in the temperate rainforests west of the Cascade Mountains. The region itself is loosely-defined, but is often considered to encompass much of Northern California, the Alaska Panhandle, and the western portions of Oregon, Washington, and British Columbia in between.

It’s a fanciful idea, but one containing more than a few core truths — certainly, there is a shared love of good food, good booze, and good cannabis that remains consistent throughout the region, as well as a predilection for flannels, hoodies, and what might elsewhere be regarded as ‘liberal’ political views.

Take B.C. out of the mix, throw in Southern California, and something very Cascadia-like may very well have just entered early formative stages. If so, Donald Trump can take some small credit, but probably won’t… for a change.

On April 13, the governors of  California, Oregon, and Washington jointly announced The Western States Pact — an agreement to coordinate efforts at combating COVID-19 and work together on a shared approach for reopening their respective state economies – one that “identifies clear indicators for communities to restart public life and business.”

This pact directly and flatly contradicts Trump’s latest Twitter-based (and unconstitutional) claim of ‘absolute authority’ over the stand-down of shelter-in-place orders issued by these and other governors — orders issued when it became apparent that no coherent Federal-level policy could be expected in time in time to significantly slow the spread of disease.

It is also a response to the highly selective and arbitrary distribution of what little Federal-level assistance has been made available — distribution that, in many cases, seems to be based in large part on the degree to which Trump himself feels ‘liked’ by states or their governors.

There is little enough love lost in this case. Trump has described Washington Governor Jay Inslee as a “snake” and subsequently instructed Mike Pence, in his capacity as the administration’s coronavirus point man, to simply not call him. Trump may not have directly insulted the governors of California and Oregon (or perhaps he has — is anyone really keeping track at this point?), but he is probably fairly clear on the fact that voters in all three of these states rejected him in 2016 by fairly wide margins.

In advance of the announced pact, California Governor Gavin Newsom had already announced that California would use it’s purchasing power “as a nation state” in order to secure critical supplies, which might then be “exported” to other states in need — and very bluntly framed this exercise as a response to federal failure.

Shortly after the Western States Pact was announced, a similar pact on the other side of the country was also announced — and for largely the same reasons. It may flatter Donald Trump’s ego to turn the White House into a latter-day Versailles and remodel state governors into courtiers vying for royal favor… but it is not going to do much to contain a pandemic — or responsibly restore the U.S. economy.

In the void left by the failure of U.S. federalism, state governors have no choice but to take matters at least partially into their own hands. None of these governors have any interest in leaving the union, but — unlike Donald Trump — they are functioning heads of functioning states, and happen to be functional adults very clear on the responsibilities bestowed upon them. Again… they have been left no choice.

How this plays out for the future is anyone’s guess. COVID-19 has not merely revealed the weaknesses in the global economy and the fundamental flaws in Donald Trump’s character; it has revealed a large and perhaps irreparable flaw in the fundamental social contract that forms the basis of the U.S. federal union.

We’ve seen this happen before: No one particularly thought the U.S.S.R. would fail until it did — some six years after the disaster at Chernobyl made clear the flaws in that federated super-state. No one who has a job, a home, or a stake in the U.S. economy has any interest whatever in seeing the U.S.A. go the way of the U.S.S.R. — but how many of those who live in this country, in fact, have no such stake… and very little prospect of obtaining one?

If this country does not dramatically change course — not just rid itself of Donald Trump, but address the flaws in the system that made him possible — it is not unlikely that future history texts will cite the Western States Pact as the first step in a process that results in Gavin Newsom’s description of California as a ‘nation state’ not being fanciful at all… and the pipe dream of ‘Cascadia’ turned into an unfortunate, but necessary, reality. 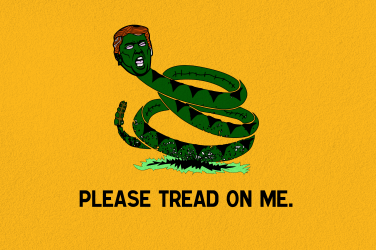