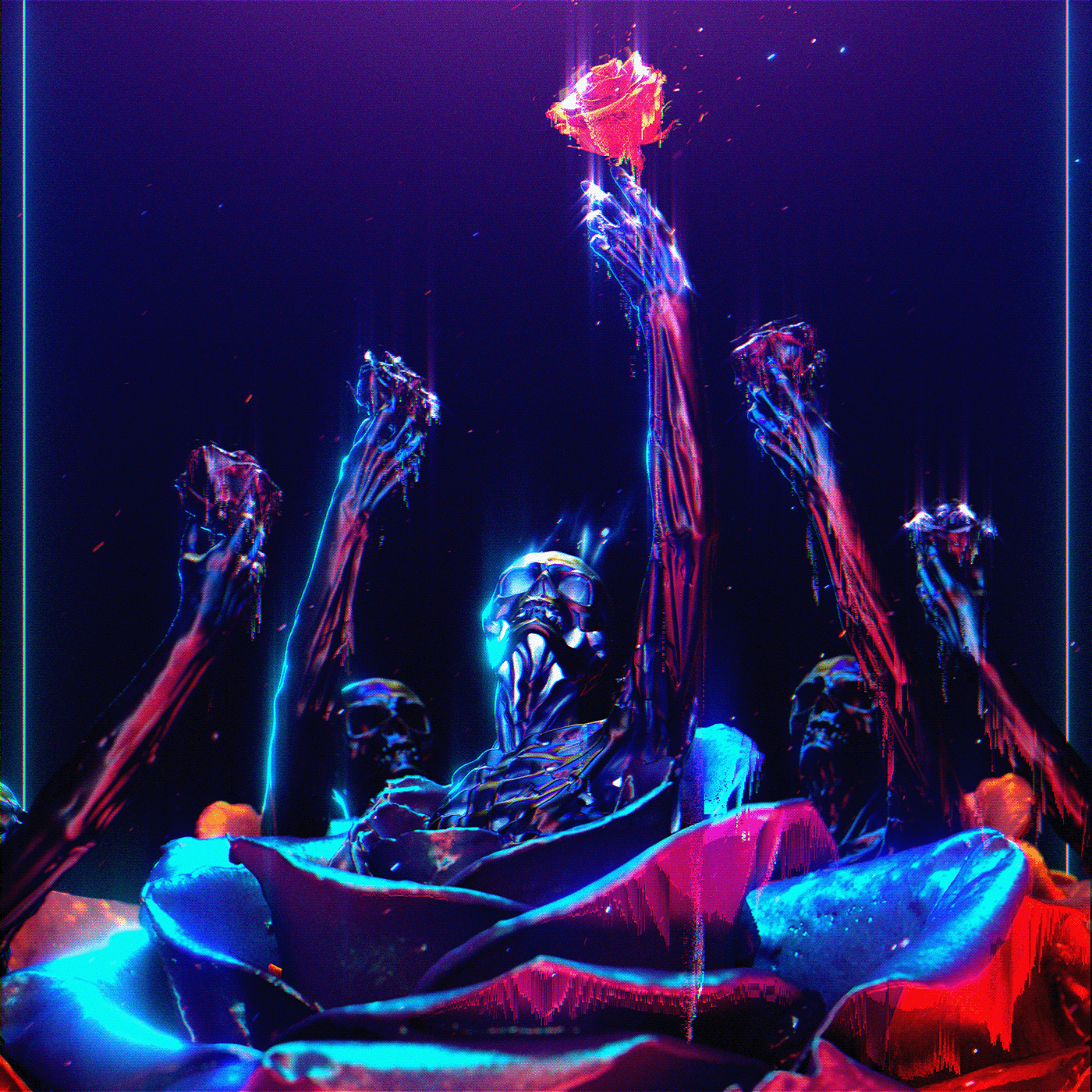 Suddenly, the determination to partake in essential human activities such as grocery shopping, carries with it an implicit calculus surrounding our mortality.

Editor’s note: Before you read this, please indignify yourself with as many feigned attempts at moral posturing necessary and come back when you have got that out of your system. We absolutely hope the death Covid-19 has wrought ends as expeditiously as possible and we make no recommendations as to when things should ‘open up’ again. Please do not project your frustrations with those who claim Covid-19 is a hoax on us. We merely want to have the hard conversation of ‘how much death is ok?’ before we set benchmarks.  In short, we love our Nanas too.

We live in a world with a conveniently ignored level of risk associated with every decision we make. Entire industries were born solely out of some understanding of what are typical and trackable rates of illness, catastrophe, and death. Namely, the mother of all gambling rackets: insurance. According to the U.S. Bureau of Labor Statistics, total financial protection provided by life insurance policies in force in 2016 was $20.3 trillion, about 109 percent of the $18.6 trillion U.S. economy. Simply said, they take your money at 40 and pay it to the guy who dies at 80. By the time you are 80, there are whole new batches of newly responsible 40-year old suckers to fund your glorious demise. The fact that the insurance industry rests assured that I will die allows me to sleep peacefully alongside my mortality. Well, Covid-19 has upped the ante and created an environment where death permeates every single decision with an utterly conscious awareness. Suddenly, the determination to partake in essential human activities such as grocery shopping, carries with it an implicit calculus surrounding our mortality. It is this very metric we will eventually need to unpack to determine when and how we open our cities and nations back up.

Politics always makes the strangest bedfellows, and suddenly the political right in America is looking at the proto-socialists of Scandinavia as an example of keeping the economic ball bouncing. Sweden has instituted relatively laissez faire restrictions on movement with the intention of achieving a level of herd immunity regarding Coronavirus. Vanity Fair does a great dicing up of the comical paradoxes of conservatives heralding a country often referred to in their circles as ‘the worst example of multiculturalism.’ “Sweden has courageously decided not to endorse a harsh quarantine, and consequently it hasn’t forced its residents into lockdown,” wrote John Fund and Joel Hay in National Review. “Sweden is developing herd immunity by refusing to panic.” Mind you, the National Review praising Sweden is tantamount to the Iron Sheik extolling the virtues of Hulk Hogan. Meanwhile, here in the Great State of Texas, liberals are deriding their fellow statesmen who demand a rapid opening of the economy considering the markedly lower rates of transmission and death. New York and Houston were neck and neck March 1,  and 6 weeks later there are just under 12,000 dead in NYC. To date, 318 people have died in the entire State of Texas. Neither the CDC nor NIH have come to a determination as to the reason for the disparity but it has Texans concerned they may be entering an economic Ice Age for no good reason.  If it were 2016 you could easily dismiss these Texans as hubris-filled rednecks while praising the progressive Helmut Lang wearing Swedes as paragons of innovation. But 2020 narratives will not allow us to endure this contradiction when the both of them are seeking the same thing: freedom to collectively determine what their acceptable rate of death is.

Notwithstanding, Swedes have health care. Ahem.

Acceptable rates of death are nothing new when it comes to cars. The chronological history of the auto industry goes something like this: Henry Ford invented the Model T, a shit ton of people got into car accidents and died, and a cottage industry of lawyers arose to meet the challenge of personal injury. (If someone hurts you in Texas, call my lawyer Michael Fleming. He is aces.) To be clear, the auto industry along with its engineers knew early on that there is such a thing as a ‘death-proof’ car. It’s simple: encase the driver in an impenetrable, non-collapsible exoskeleton and have the car never exceed a speed of 13 miles per hour. What you get is a very expensive, very slow, and very energy inefficient tank that nobody will use. The auto industry spent several decades studying death rates and attempting to mitigate injuries i.e bumpers, squishy dashboards, belt buckles, limiting Irish whiskey consumption prior to driving etc. Data from The National Safety Council says that vehicle fatalities peaked somewhere around 1972.  But as early as the 1920s, the American government, auto industry, and people came to a sort of unwritten yet legally codified consensus: There was an acceptable mortality rate associated with the convenience of the automobile. Americans were simply far too busy building an empire and instituting Jim Crow to go back to the horse and buggy. Importantly, the acceptable level of fatalities was determined in miles not cars. In the 1990s, The National Highway Traffic Safety Administration was full of glee with an update reading, “1992 was a very good year for traffic safety … on a vehicle-miles traveled basis, it was the best ever.” That year, 39,250 people were killed in traffic.

But, wait for it, the Swedes at Volvo are hoping to introduce a ‘death proof’ car by year’s end. Texas has no such plans.

Herd immunity can be fun. But make sure you have a vaccine.

According to epidemiologist Gideon Katz, “Herd immunity is an epidemiological concept that describes the state where a population – usually of people – is sufficiently immune to a disease that the infection will not spread within that group. In other words, enough people can’t get the disease – either through vaccination or natural immunity – that the people who are vulnerable are protected.“ That said, Katz also warns against the dangers of attempting to achieve herd immunity in the absence of a vaccine. Without widespread vaccination, herd immunity is not a preventative measure but rather a prescription for widespread transmission with a corresponding and commensurate incidence of mortality. Despite dozens of institutions around the globe developing vaccines and some already even in trial, we must prepare for the albeit small possibility that nobody successfully develops it in time to save the species. In that case, do we stay holed up in our homes like rodents? Does human productivity, progress, and achievement pause until then? Will I really have to find Tik-Tok at 42? Science is generally in consensus that we will see a vaccine in the next 8-18 months. So that belies the question ‘how much economic hardship can we endure and is the juice worth the squeeze?’

In the movie ‘The Big Short’ Brad Pitt’s character Ben Rickert claims there are “40,000 deaths for every 1% of unemployment.” Given the tsunami of layoffs we have just seen, are we about to see hundreds of thousands die as a result of unemployment? Well, not so fast. Nothing is ever that simple. That statistic Mr. Pitt so handsomely delivers comes from 1981 book “Corporate Flight: The Causes and Consequences of Economic Dislocation.” The premise is simple: losing your job results in losing healthcare, exacerbating existing health issues such as obesity and substance abuse, and mental anguish. Hence, 1% of layoffs result in 37,000 deaths of which there are 20,000 heart attacks, 920 suicides, and 650 homicides. There is a gaping hole of 12,000 deaths but I am sure they are part of that car accident figure reported earlier in this article. A recent Lancet Psychiatry study determined there were 45,000 suicides globally a year as a result of unemployment. A 2018 Taiwanese study finds a near perfect symmetry with catastrophic economic occurences and on U.S suicide rates. The Great Inarticulater Trump recently alluded to this when  claiming that many will take their own life if the economic lockdown continues under this pandemic. He says “I’m talking about where people suffer massive depression, where people commit suicide, where tremendous death happens… I mean, definitely would be in far greater numbers than the numbers that we’re talking about with regard to the virus.” The fact is there are so many algebraic nuances to this stuff that making any such statement is simultaneously easily disputed or backed up. Add to all of this the absolute mindfuck of a statistic that overall mortality decreases during economic downturn says Richard Dunn, associate professor of Agricultural and Resource Economics at University of Connecticut.

The sacrifice is not equally shared

“When America catches a cold, Black people get the flu.”

For a multitude of reasons, primarily historic oppression and continued income and health inequality, African Americans have carried a disproportionate amount of burden as it relates to Covid-19 deaths. Well, they carry a heavier burden in regard to this and just about everything else. With that in mind, any metric regarding acceptability of mortality rates must take into account that marginalized communities such as African-Americans will endure a greater death toll. At the expense of sounding like we may be enumerating the value of different lives, the loss of a 35 year old Black American is immeasurably more horrendous than a 90 year old on the precipice of death.  Yes, these conversations are fucking hard but welcome to Planet Covid.

So walking away from conversations with a determination as to what will kill more, Covid or the economic downturn that comes with the lockdown, is potentially fruitless and futile. But what is underscored is that social contract of ‘we have an acceptable level of death for every luxury or freedom we enjoy.’ Sure, every great religious tradition from Incan human sacrifice to Islamic mujahideen to ‘necessary’ landlord blood required by Leninist and Maoists has placed a value on sacrifice for the greater good. We need lots of Christ figures and we need them to die on the reg.  Let’s just not hand wring and pretend that is not the world we live in. The sooner we have these conversations, the quicker we can sacrifice your Nana and get back to some semblance of normalcy.