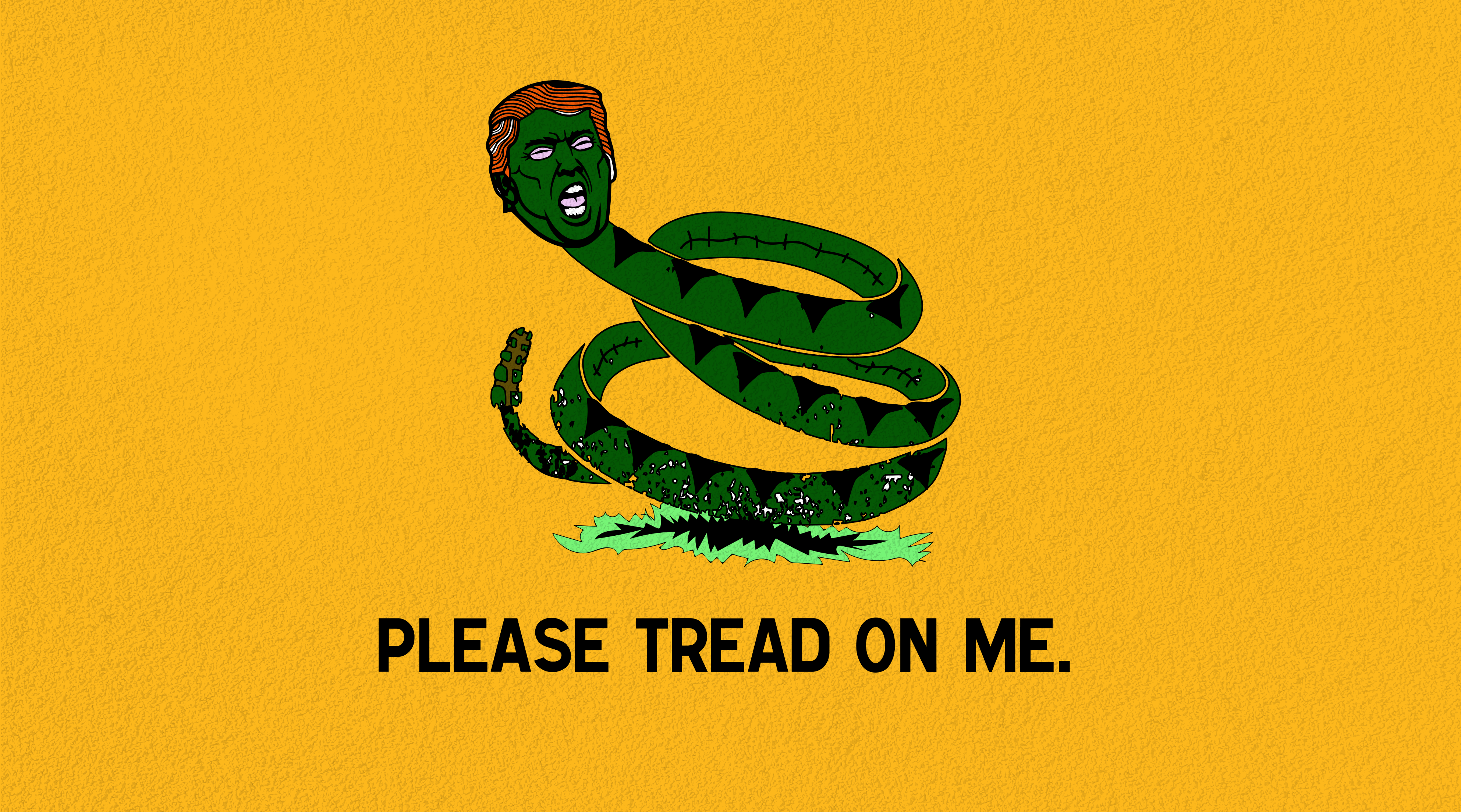 The same people who championed “state’s rights” in the face of a “tyrannical” federal government in the Obama era have flipped the script.

There have always been reasonable limits to free speech.

“…The most stringent protection of free speech would not protect a man falsely shouting fire in a theatre and causing a panic. […] The question in every case is whether the words used are used in such circumstances and are of such a nature as to create a clear and present danger that they will bring about the substantive evils that Congress has a right to prevent…”

Even though theatres are now equipped by law with smoke detectors and fire alarms, even though theatre-goers (once such pleasure can reasonably be resumed) are at far greater risk from an active shooter scenario than they are from a fire… the principle remains. In most municipalities, such behavior would be considered criminal mischief — and no reasonable person would consider resulting incarceration or fines an ‘infringement’ on constitutional rights.

On the other hand, insisting that there is no danger and everyone should remain seated — or even staging an armed protest to make the point… well, that’s different, apparently.

Numerous self-described ‘patriot groups’ across the country are in the process of doing precisely that. The same people who championed “state’s rights” in the face of a “tyrannical” federal government in the Obama era have flipped the script. It is now state governors, imposing lockdown orders in the midst of a pandemic, who are the “tyrants”… and the federal government that is the champion of liberty.

Obviously, a few other things have also changed. These so-called ‘patriots’ now have a commander in chief who is just as white, ignorant, and irresponsible as themselves — who drinks from the same poisoned Fox News well of disinformation and encourages armed acts of social irresponsibility via Twitter.

Also, for various reasons of their own, rural gun fanatics and the imbecile-in-chief have their own reasons for urging a rapid end to the current state of COVD-19 containment lockdown. The gun nuts skew rural, low-income, and low-educated. You can’t feed cows via the Internet — and even if you could, Internet service is about as shitty as anything else is in rural America. Trump’s reasons for encouraging these fools, in as much as he ever has an informed reason for anything, pretty much boil down to the following:

If it were somehow possible to ensure that organizers and participants of Operation Gridlock, ReOpen Texas,  ReOpen Virginia, etc., were placing no one other than themselves at risk, their action could be considered a selfless sacrifice in the cause of developing herd immunity. But, of course, that’s not possible nor is that the intent. Many thousands of Americans will be placed at risk by these utterly foolish and selfish demonstrations.

Trump’s role in encouraging this nonsense, combined with the complete lack of presidential responsibility that necessitated state-level pandemic responses in the first place, would have been considered impeachable behavior in earlier and more reasonable times. But, as Trump himself earlier predicted, he can commit murderous folly with no fear of repercussion… at least so far.

It should be equally noted that many of these ‘re-open’ demonstrations are receiving direct and indirect funding from the same right-wing interests that earlier gifted us with the ‘Tea Party’ movement. The intent, then and now, has far less to do with any concept of ‘liberty’ than it does with ensuring corporate profits and corporate control. The ‘freedom’ these fools are defending is the freedom to die on behalf of the corporate bottom line.

Certainly there is an argument to be made that, at a certain point, the risk posed by pandemic becomes one more among the many trade-offs made between safety and freedom in an increasingly unsafe world. But it is a calculation that needs to be made responsibly by experts on the basis of facts, not the hysteria of hillbillies who’ve maxxed out their Netflix account… or the cynical calculation of a corporatist ownership class insulated from such risks. It needs to be an informed consensus made by an informed society. If that is no longer possible, our survival as a society may be equally unlikely.