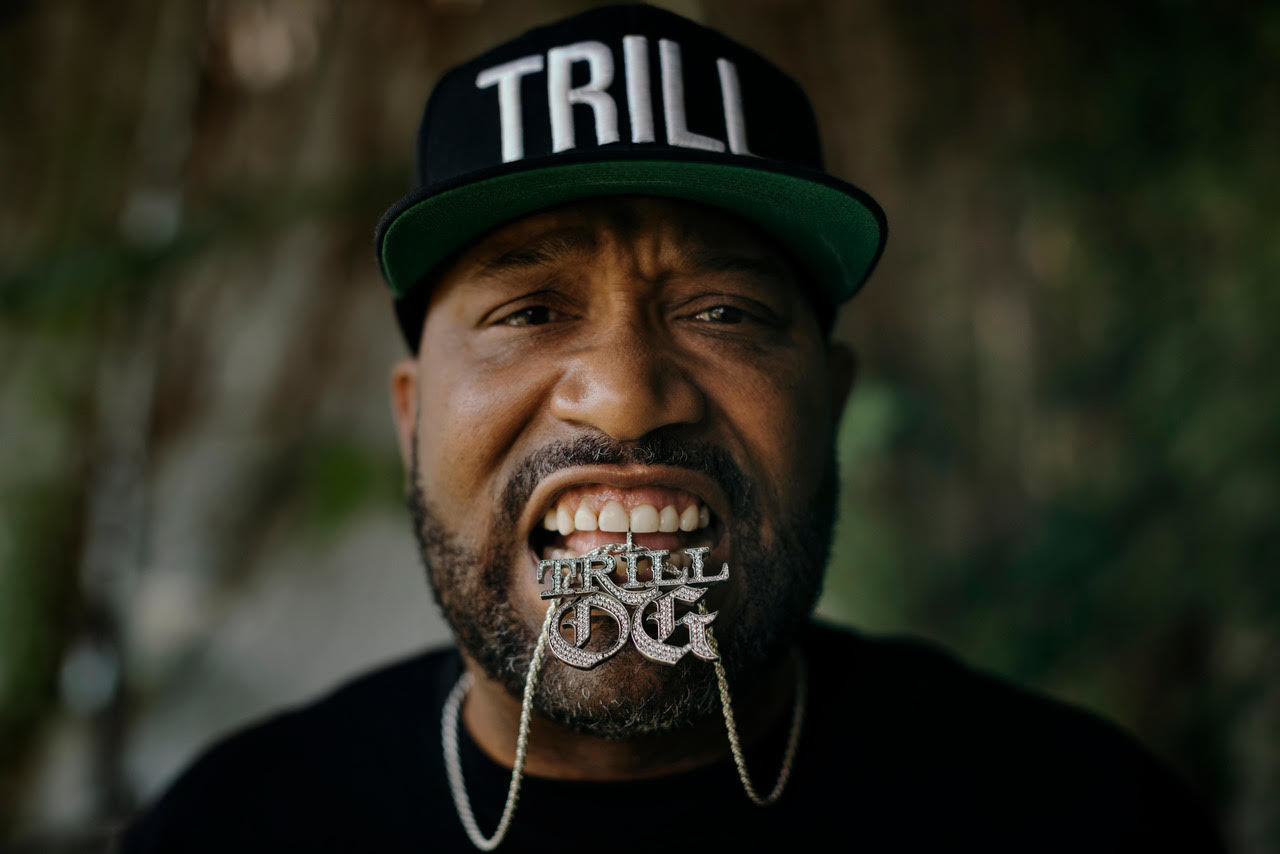 “Trump didn’t invent racism, but he did embolden it.”

Hip-hop today is nearly indistinguishable from its nascent form. It is hard to realize that the art form is about 4 decades despite it permeating just about every facet of American culture. Rare is the artist that has traversed all 4 of these decades, gained ubiquitous respect among their peers, and maintained a semblance of creative relevance throughout. Bun B is one of these rare artists. One half of the legendary southern pioneers UGK, Bun B AKA Bernard Freeman, began his creative pursuits in Port Arthur, Texas alongside the late great Pimp C. Four decades later, Bun stands on a historic discography including 6 groundbreaking UGK records, coveted ‘5 Mics’ from The Source on solo album ‘Trill OG’, and a feature on ‘Big Pimpin’ with Jay Z. Urban legend has it that Hovah went back into the studio to recut his verse upon hearing what Bun had laid down.

In addition to being a seminal southern hip-hop artist, Bun B joined the faculty of Houston’s prestigious Rice University as a Distinguished Lecturer in the School of the Humanities on Hip-Hop and Religion. Though despite his ‘elder statesman’ status and academic credentials, you would be ill-advised to try and encroach on him or his family. Last April, he shot an armed intruder who was attempting to rob his Houston home. It goes without saying that Freeman seamlessly and unapologetically weaves between OG and Distinguished Lecturer. We were just lucky enough to catch him during quarantine and have him wax poetic on the state of the world.

Has this quarantine been a time of productivity or rest for you?

A bit of both. Initially, I just took it as an opportunity to relax and sit around the house and chill. But now as things become more clear and we realize that we’re probably not—for me, my primary source of income is stage performances, concerts, whatever. So we’re probably not going to have a lot of those in the future. So now I’m trying to, you know, in addition to side revenues that we already have we’re trying to figure out how to implement even more opportunities for us to make money. That’s just the reality that all recording artists who still tour have to try to figure out. The pandemic seems to be a part of our society now.

This pandemic seems to have brought about a fundamental sea change in society as we know it. How do you see things changing for the better or the worse?

Well, we already see the ‘worse’, right? People being irresponsible like the protesters going down to these different city halls. I never knew protestors to carry AK-47s but certain people get to protest with guns like that and certain people better not move their hands. But that’s an argument and an issue for a different time. For the better, I see families back eating dinner together, spending time with each other, really getting to know each other and having good conversations. But then on the other side, there’s a rise in domestic abuse and violence. It is probably because issues people have had for a while but were kind of able to avoid it. They only saw each other maybe one or one-and-a-half hours before getting ready to go to work and then maybe two or three hours at home, at night. The rest of their time is spent asleep. They’ve been kind of able to avoid these issues but now they need to stare these things literally in the face. So, you know, situations that were good could learn to get better and situations that were bad are probably going to get worse.

I have heard a lot of people say this pandemic will shift us from a society of individualism to collectivism. Is that a good thing?

I’m not sure how much of a shift that would be. I think man implicitly wants to feel special, right? And when you start looking at people coming together for the greater good, it’s easy to bring across temporarily, but it’s never something that I see just carrying further and further, deep into society, as if to affect the root of real societal change. Some people just need it. Human beings need to feel special, and so because of that, that’s where individualistic behavior comes from. To feel separated from everyone else, or whatever. By choice, not by rejection. So I’m not sure if that’s really going to happen. It will happen, as usual, when these types of things happen that make people put things into perspective and they tend to come together. But after a while, everyone gets back to wherever they were before.

Does the role of an individual artist change under a more collectivist America?

Well, yes. Yes and no, because individualism moving to collectivism is a cultural shift, right? So it’s not like artists are going to have to go out and be on everyone’s single accord as long as they’re honoring the beliefs of their respective group. That’s what matters and that’s what artists have been doing for a while. It’s what we do. You’re an artist, you make a certain type of music or you create a certain type of art and you have a group of people that feel connected to that art. So you try to create art that appeals to that group of people, right? I just think, really, that makes it more deeply prioritized with artists if you were to move into that kind of collectivist America.

Some would argue that hip-hop has had a loving relationship with capitalism over the years despite it’s earliest narratives. With so many young people beginning to reject materialist narratives, do you anticipate a commensurate shift in hip-hop ?

Yeah, because hip-hop music is not really reflective of youth and society as a whole. Not every little girl—black, white, Latina—wants to twerk, right? Different people have different role models and those groups have always existed. I don’t see hip-hop starting to—hip-hop goes in cycles anyway. Hip-hop, culturally, is cyclical in nature. So hip-hop will have a period where artists are like “yo, y’all are being too serious—we’re trying to have fun and turn up.” Then you turn up and it gets to the point where it’s like “yo, y’all are turning up too much, y’all need to start taking shit seriously.” And then it eases down. It’s all cyclical and tends to—spring into the Fall, that’s when people tend to be ready for the party and the turn-up. Around the holidays is when people start to get more serious and their values start to shift somewhat. But no, I feel like—for many years, even though it wasn’t necessarily the intention of hip-hop, culturally, to be around materialism. Out of the four pillars of hip-hop, the MC, because he/she is the voice, has more sway than the rest of the culture. This is the voice and it’s the one people look to. It is like they are kind of wanting to be that person. The MC starts to get more love than the DJ at the party. Now he’s the one that’s getting the money and is driving the car and wearing the clothes and flashing the jewelry. It’s just that—that just comes with that position, I guess. There are always people that want, especially when you’re dealing with inner-cities and where people are coming from a lower class in society. They look at that and it inspires them and makes them want to light a fire under their ass and be like “yo, I need to get the money because I don’t want to live like this, I want to live like that.”

If you could sit down with the President and give him one recommendation, what would it be?

I really have no idea what I would recommend him to do. I mean, considering he would take my recommendation, I would tell him to stop playing with people’s lives out here. You know, he causes a lot of division in this country and has put a lot of people at odds with each other and people are dying because of it. The way we treat the immigrants in this country now is getting crazy. There’s a lot more friction between white people and people of color. I think a lot of that, because I shouldn’t say all of it—Trump didn’t invent racism, but he did embolden it, so I would tell him, “Quit playing with people’s lives out here.”

Hip-hop spent decades name-dropping Trump in flattering ways; should there be some regret?

No, not really, because it’s not like we invoked Trump to run for president and run this country on a set of borderline white nationalism and racist ideologies; that wasn’t what we did. We, as always, tried to make ourselves as close as possible—hip-hop artists want to aspire to riches, right? So they study rich people, and when they find a certain rich person they can aspire to have that financial wealth, they’ll name drop that person. Look at Jay-Z—he called his record label company “Roc-A-Fella Records” to draw a distinction between what they do and what the Rockefeller family has done, financially. Privately, that’s a different issue. That’s the kind of aspiration a lot of people in hip-hop had. So when we name dropped Trump, it had nothing to do with how he was as a person, because we didn’t know who he was as a person; we just knew he was getting to the money and we were trying to get to the money. That’s how we wanted to be seen as individuals: people getting to the money. I’m guilty of name dropping Trump on a record, but I have no regret. It’s not like I was co-signing Trump of today. Now, if you tried to namerop Trump nowadays in your songs, then yeah, that would probably be something you’ll regret. People like Kid Rock and shit like that.

That’s a great question. I really think back to before we [UGK] even put a record out or any of that stuff. I can easily remember Pimp-C’s bedroom in his house because that’s where he had his equipment until he eventually moved it into the patio. Those were the earliest days of listening to, like, the Juice Crew or that Marley Marl’s House of Hits album and really loving and appreciating what they were doing and wanting to be a part of it. Pimp was already making music with other people in the city and I would be amazed at going in and sitting with him, watching him make a beat. We would listen to different music and talk about what we liked about the production and lyrics. Just to imagine that we wanted to be who we eventually became and more because we just wanted to make music and put out a record. Never would I have thought that people would be calling me “OG” and referring to me as a legend. I never would have thought that in a million years, you know? I’m eternally grateful for everything that we’ve been able to achieve and who we are now to people. It’s amazing I’ve had that kind of effect on the world. People have tattoos with our names and our logo and shit on them. I always look back to sitting in that room, thinking about what could be and eventually became. 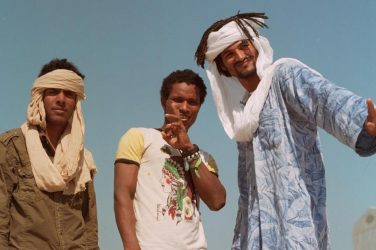