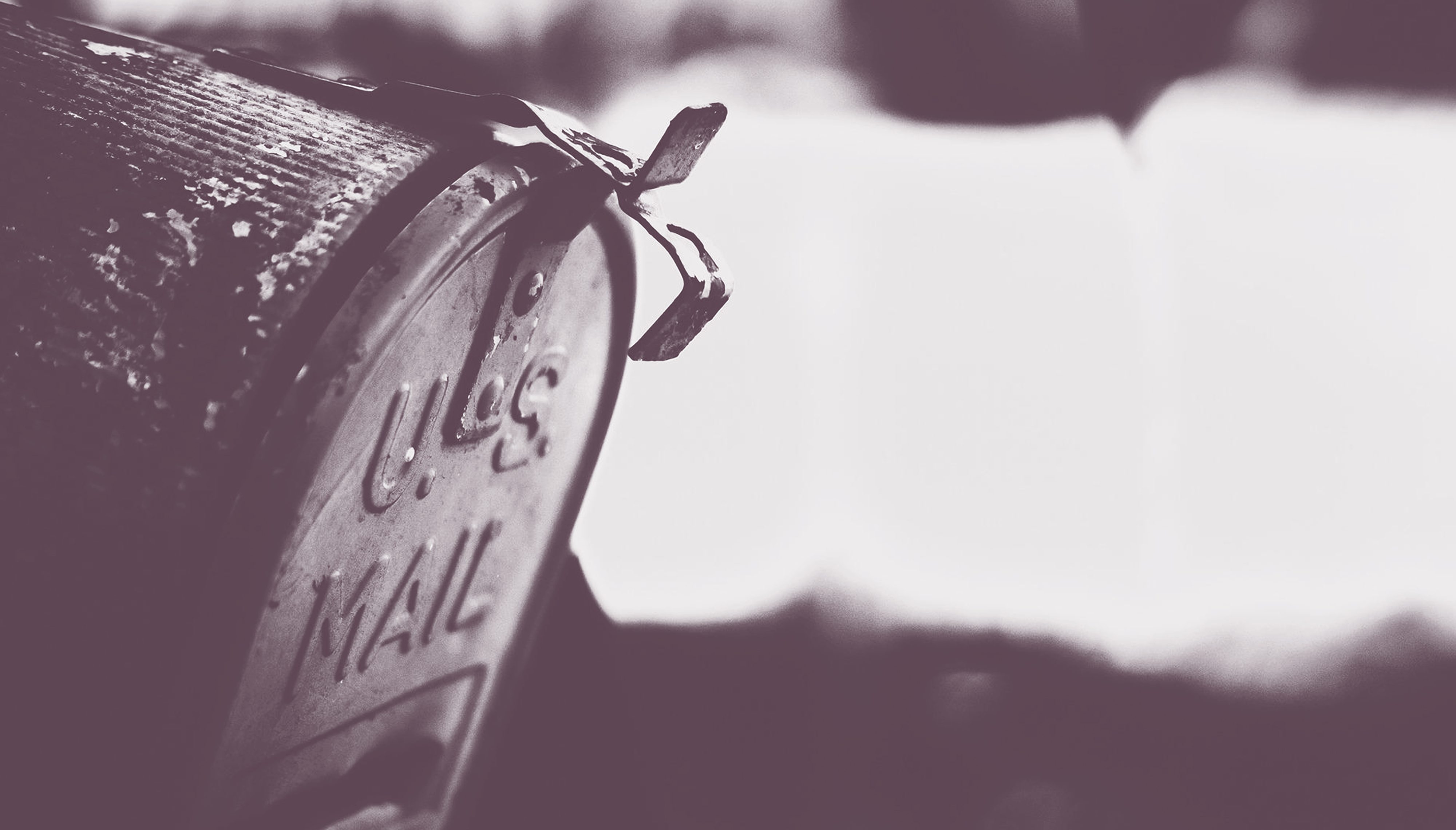 Despite having the second largest population in the U.S., Texas has one of the strictest vote-by-mail programs in the country.

Texans afraid of contracting COVID-19 might be able to vote by mail this election cycle. The decision to expand Texas’ vote by mail program came from State District Judge Tim Sulak of the 353rd District Court in Travis County. Late on Wednesday, April 15, Sulak said he will issue a temporary injunction easing restrictions for voting by mail in Texas in light of the new coronavirus pandemic.

Sulak’s ruling came after the Texas Democratic Party and various civic organizations sued state and local election officials last month to force a clarification of Texas’ election laws. If Sulak’s ruling is upheld in the inevitable appeal, Texas’ 16 million registers would be able to apply for an absentee ballot without having to prove they are too ill or injured to make it to a polling location.

Despite having the second largest population in the U.S., Texas has one of the strictest vote-by-mail programs in the country. Current state law limits absentee ballots to people that are either over 65, in jail and not convicted of a felony, overseas or sick or disabled.

The Texas election code defines disability as a “sickness or physical condition” that prevents a voter from appearing in person without the risk of “injuring the voter’s health.”

Citing ambiguity in state law regarding what qualifies as a disability, Sulak agreed with attorney Chad Dunn, who represented the Democratic Party. Dunn argued that the disability qualification can currently apply to any voter in Texas.

“It cannot be the situation – and is not the fact – that the Texas Legislature provided a situation that in a pandemic circumstance the right to vote is in conflict with public health,” Dunn said during the court’s video conference hearing. Sulak said he was “inclined” to side with the Democrats and the civic organizations in the case because voters were being put in a situation where they had two bad options. His official order has not been issued yet.

The debate over expanding voting by mail during the coronavirus pandemic has emerged as the most recent political fault line between Democrats and Republicans, who have opposed easing qualifications for mail ballots. On March 30, President Trump called into Fox & Friends and said that if mail-in voting was adopted nationwide ” you’d never have a Republican elected in this country again.”

Trump later expanded on his statement to indicate that he specifically meant that voting by mail would make it easier for people to engage in voter fraud. Voter fraud has long been a Republican bugbear. Concerns over in-person voting fraud were used to justify the passage of voter ID laws and reduce the number of polling places across Texas.

Voter fraud was the raison d’etre for a massive voter purge in early 2019 that saw nearly 100,000 voters incorrectly declared ineligible to vote.  At the time, former Texas Secretary of State David Whitley was on the hunt for non-citizens, felons on probation and anyone else who may have illegally cast a ballot in any election between 1996 and 2018.  Whitley claimed that his office had found nearly 60,000 people who illegally cast a ballot. A later review of Whitley’s list by Justice Fred Biery of the United States District Court in San Antonio, a Clinton appointee, found that only 80 people had actually been charged for the alleged voting irregularities.

“The evidence has shown in a hearing before this Court that there is no widespread voter fraud,” Biery said. Biery pointed out that there weren’t just problems with the Secretary of State’s outcomes, there were problems with his methodology. When Whitley first presented the list in January 2019, conservatives trumpeted his findings.

“We knew it was happening and now we have proof,” said an email blast sent three hours after Whitley’s list was made public.  However, there were serious problems with Whitley’s list.

Almost as soon the list was presented to the public it had to be recalled. Some of Whitley’s staffers had mistakenly included 25,000 names of verified U.S. citizens on the list. This led the Secretary of State’s Office to remove the thousands of people who had incorrectly been added to the list. However, that wasn’t the end of this particular boondoggle.

As part of the Grand Purge, Texas election officials had sent about 30,000 names to Harris County.  When the county began reviewing the list, they found that several hundred of the names were duplicates. At that point the Secretary of State’s office told Harris County to whittle down the list to less than 12,000 names. When county officials performed an audit of 150 random names, they found that there wasn’t a single non-citizen in the group.

After that county officials decided that they didn’t consider the list to be “reliable information,” Douglas Ray, special assistant attorney for Harris County, said at the time. Harris County wasn’t the only entity to raise questions about Whitley’s diminishing list of illegal voters. State Rep. Rafael Anchia (D-Dallas) had concerns about the list almost as soon as it was revealed. In the days following Whitley’s bombshell announcement, that his office had found almost 60,000 people who voted illegally, Anchia took a meeting with Whitley.

As the two sat in Anchia’s Capitol office, the representative asked Whitley a question: did he know for certain that anyone on the list had committed a crime by voting as a non-citizen.

“No,” Whitley said, according to Anchia. The legislator pushed Whitley.

“Isn’t that the protocol, that you investigate and, if you find facts, you turn it over the AG?” Anchia claims that Whitley offered a mealy-mouth response.

“I do not have an answer for that,” Whitley said, at least according to Anchia’s telling of it. The debacle with the voter purge wound up costing Whitley the Secretary of State job.

Despite the problems with Texas’ voter fraud crusade, Republicans are continuing to use that particular hobgoblin to prevent the expansion of vote by mail. Trump has pivoted from discussing the political consequences of voting by mail to arguing about ballot security.

“Mail ballots are a very dangerous thing for this country because they’re cheaters,” he said. “They’re fraudulent in many cases.” Republicans have zeroed in on a phenomenon known as ballot harvesting, where a person collects other people’s ballots. By collecting ballots before they reach election officials political operatives could either change the votes or make the ballots disappear.

Questions about the integrity of vote by mail led to the overturning of a 2018 election in North Carolina’s Ninth Congressional District. Political veterans, operatives and scientists acknowledge that vote by mail does create an opportunity for election fraud. However, advocates counter that implementing stricter controls — like ballot tracking — and making it easier to return ballots by utilizing prepaid postage and drop boxes will reduce the possibility of ballot harvesting. Five states —Colorado, Hawaii, Oregon, Utah and Washington — have all-mail elections. In Oregon’s case the state has exclusively used vote by mail for 20 years.

Oregon did have 54 alleged cases of voter fraud in 2016, which worked out to about one questionable ballot per 38,000, or a .002 percent instance of possible voter fraud. Given the protracted battle over voter fraud, and whether or not it is a systemic problem, Texas politicos weren’t surprised when Attorney General Ken Paxton drew a line in the sand.

Paxton, who has zealously hunted and prosecuted voter fraud, released an “informal letter of advice” while Sulak was wrapping up the hearing. The attorney general argued that an individual’s fear of contracting COVID-19 wasn’t enough to meet the legal threshold for a disability. Paxton added that anyone who advises someone to apply for a mail-in ballot could face prosecution. Despite Paxton’s letter, Sulak’s ruling was seen as a victory, even if only a temporary one, for the coalition of plaintiffs that asked the court for clarification of the election code.

The lawsuit was filed by the Texas Democratic Party and two individual voters under the age of 65 who would seek to vote by mail given the state of the coronavirus outbreak. The original plaintiffs were later joined by a third individual voter, as well as several nonprofit organizations focused on civic engagement, including the League of Women Voters of Texas and MOVE Texas. “Much like the public health experts tell us we have to reduce the curve, reduce the demand on hospital beds and ventilators, we too have to reduce the demand on in-person voting as a matter of practicality, as a matter of public health, and fortunately state law allows for that,” Chad Dunn, a lawyer for the plaintiffs said in opening arguments.

During the hearing, those plaintiffs offered up two expert witnesses — a local doctor and an epidemiologist — who testified to the risks for transmitting the virus that would come with in-person voting. Meanwhile, the risks tied to mail ballots are “negligible,” said Catherine Troisi, an epidemiologist with the University of Texas Health Science Center at Houston School of Public Health.

The Texas attorney general’s office, which intervened in the case, argued against the expansion, claiming the vote-by-mail disability qualifications apply to voters who already have a “sickness or physical condition” and not those who fear contracting a disease “whether it be COVID-19 or the seasonal flu.”

“Mail ballots based on disability are specifically reserved for those who are legitimately ill and cannot vote in-person without needing assistance or jeopardizing their health,” Paxton said in a statement Wednesday evening. “Fear of contracting COVID-19 does not amount to a sickness or physical condition as required by state law.” The debate about whether or not states should hold their elections in person or by mail took a new urgency after Wisconsin politicians decided to require voters to cast ballots in-person on Tuesday, April 7. Wisconsin Gov. Tony Evers, along with progressive and voting rights groups, tried to postpone in-person voting and extend the vote by mail deadline to limit Badger State residents’ exposure to COVID-19.

Although Evers’ executive order was overturned by the Wisconsin Legislature and then taken to the state supreme court, it didn’t make voting in person easier. Because so many poll workers quit rather than be exposed to COVID-19 the lines to cast a ballot were longer than normal.

In Milwaukee, population 592,025, there were only five polling places open on Election Day. The lack of trained staff meant that Wisconsin National Guard troops had to help out at the polling places and the lines to vote stretched around multiple city blocks.

To show that voters had nothing to fear Vos volunteered as a poll worker in Burlington. He arrived at the polls in full protective gear — gloves, mask and gown — and told voters they were “incredibly safe to go out.” The main reason why Wisconsin Republicans were so damn determined to hold the election was because a seat on the state supreme court was on the ballot. Before the election, Wisconsin’s high court had a 5-2 conservative majority and a case related to a purge of the state’s voter rolls on the docket.

Incumbent Daniel Kelly, a conservative backed by Trump, was expected to walk away with another 10-year term on the high court’s bench. That was not the case, liberal Dane County Judge Jill Karofsky beat Kelly by more than 120,000 votes and took the conservative majority down to 4-3.

Although Karofsky was pleased with the results she said that requiring in person voting during a pandemic “raises serious concerns for the future of our democracy.”