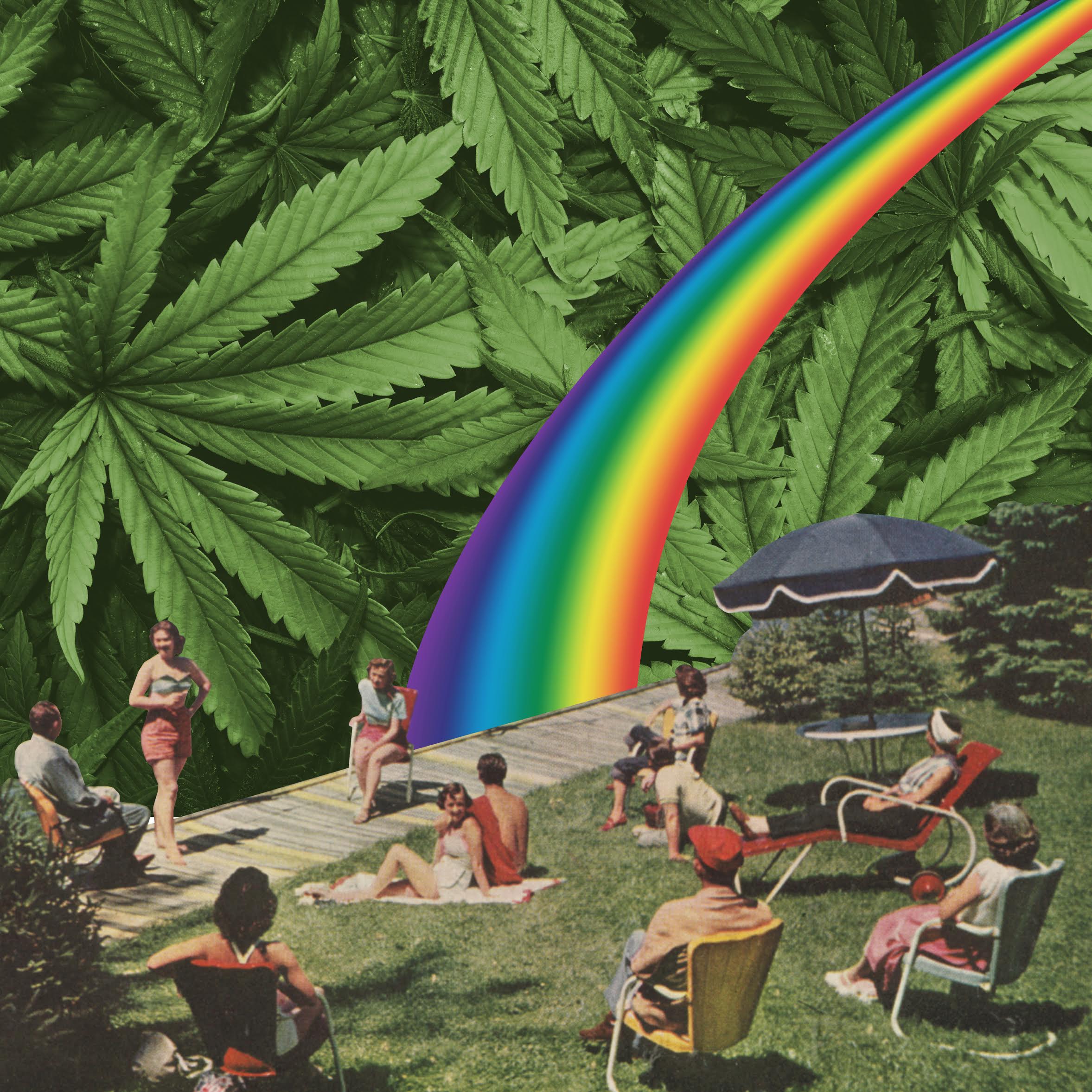 While almost every other industry is drowning, weed is having a moment in the sun.

Artwork by Leaf and Petal Design

Perhaps the most brutal side effect of the coronavirus pandemic and the resulting social distancing measures is the economic devastation left in its wake. Over four million Americans filed for unemployment last week alone. Stock markets plunged off the deep end. The Payroll Protection Program, set up to relieve small businesses and enable them to keep paying their employees, ran out of money less than a day after it became available. And there’s no end in sight: even after the pandemic is over, we will likely suffer its economic aftershocks for years. To help the United States recover from what seems like a hopeless situation, some economists have advocated for nationwide legalization of cannabis. “There’s a simple and effective solution for states and cities to help cover their huge budget shortfalls after the COVID-19 pandemic subsides: legalize recreational sales of marijuana,” says Jessica Rabe of Datatrek Research.

State-ordered lockdowns and social distancing measures have rendered many businesses either completely non-functioning or handicapped; in most states, only “essential businesses” can stay open. Every state where marijuana is legal except for Massachusetts included marijuana dispensaries in their lists of essential businesses. Weed stores aren’t eligible for any federal benefits because weed isn’t legal nationally, so this inclusion has been crucial to their both surviving and thriving during the pandemic.

While almost every other industry is drowning, weed is having a moment in the sun. With people trapped in their homes with nothing better to do than binge-watch Netflix and play video games, many dispensary owners report that business is booming. The psychotropic effects of weed seem uniquely beneficial to the pandemic atmosphere: if there were any time when it was acceptable to be “couch-locked” for four hours, making out with a bag of chips, this would be it. Weed helps many people deal with the never-ending days of boredom and anxiety that have been the hallmark of the pandemic.

In California, Nevada, and Washington, sales per week reached over $130 million, a 17% increase over last year’s average. Not only are more people buying weed, but they are buying it in larger amounts; the average order cost is up by 47%.  The success of the marijuana industry during the pandemic has been such that many are beginning to consider it one of the only “recession-proof” businesses.

While the pandemic has stalled elections in a few states, delaying the passage of marijuana legalization initiatives on the ballot, many in the industry see the recognition of weed stores as “essential businesses” as an important step in the right direction. “This is cannabis’s moment to find its purpose and its voice,” said Julie Armstrong, CEO of cannabis analytics firm Aurelius Data. Cannabis stores aren’t currently allowed to use banks, but with cash considered a vector for disease, many states might be more likely to allow them to move away from a cash-only business, another step forward in the journey toward full legalization. And the categorization as essential means that the country’s legislators are coming around to accepting the idea of nationwide legalization. As the New York Times reports, including weed stores was “official recognition that for some Americans, cannabis is as necessary as milk and bread.”

Nationwide legalization could be enormously helpful in enabling the United States’ economy to endure the pandemic. About 250,000 people currently work in the marijuana industry, and legalization would add what is projected to be another 1.6 million desperately needed jobs. In 2019, the number of marijuana industry jobs increased by over 75% from the previous year, making it the fastest-growing job market in the country. The weed industry makes over 450 billion dollars annually, and illegal sales make up 90% of that. The industry has an enormous, largely untapped potential for profit, job creation, and taxation.

Taxation on weed profits by state and local governments can provide desperately needed funds to keep waging war on the virus. During the Great Depression, the federal government ended the prohibition of alcohol in order to increase its tax revenue, and legalizing marijuana would function the same way. Colorado has raised over $300 million from taxes on marijuana products, and it is estimated that full federal legalization of weed will raise $129 billion in total local, state, and federal tax revenue.

Not only could nationwide legalization of weed be an economic boost, but it could also aid in correcting decades-old racial injustices. Since the War on Drugs in the 1980s, hundreds of thousands of people, mostly black and Latinx, have been incarcerated, according to the ACLU. While people of all races consume weed at the same rate, a person of color is four times more likely to be arrested for a marijuana-related crime. POCs made up 86% of marijuana arrests in New York City in 2017. For this reason, it is crucial that all future state and national legalization include measures providing for the expungement of any criminal charges having to do with marijuana, as much of the existing state-level legislation has.

To further redress the discriminatory arrests and sentencing of POCs for marijuana crimes, some localities, such as Los Angeles, give preferential access to marijuana cultivation and sales licenses to minority-owned businesses. These policies also should be adopted as part of national legalization, because, while POCs paid a disproportionate price for violating weed laws, as much as 99% of those currently employed in the legal marijuana industry is white.

When I purchase weed from a legal dispensary, I choose from a menu of hundreds of strains and it comes in a nice glass jar. I’m attended to by a friendly clerk who seems wholly unfamiliar with the inside of a jail cell, who hands me a receipt. It’s all so clean, so professional, so decidedly un-sketchy and such a far cry from a Ziplock baggie exchanging hands in an alley that it is hard to imagine that this same act has put hundreds of thousands of people in jail in the past. With the coronavirus raging through many of the nation’s prisons, many states have decided to release low-level offenders. Nationwide legalization would not only represent progress towards ameliorating the government’s historical crimes against people of color but would further reduce the population and therefore the infection risk in the nation’s prisons.

In their efforts to save the economy, it is clear that the president and the nation’s legislators are grasping at straws when at least a partial remedy is right in front of their faces. Not only does the marijuana industry create over a million jobs, but they are jobs that are accessible to people with a variety of education levels, and jobs worth holding onto: the median pay is 11 percent above the U.S. median salary of about $52,000. If  nationwide legalization occurred, many more families would be able to get through the pandemic without risking financial despair, the city, state and federal governments would benefit from increased tax revenue, and provided racial equity measures were included in the package, hundreds of thousands of unjustly incarcerated people currently at risk for viral infection would be given another chance at life. The plant that’s been historically maligned as a scourge on society is a lifeline that we should grasp.