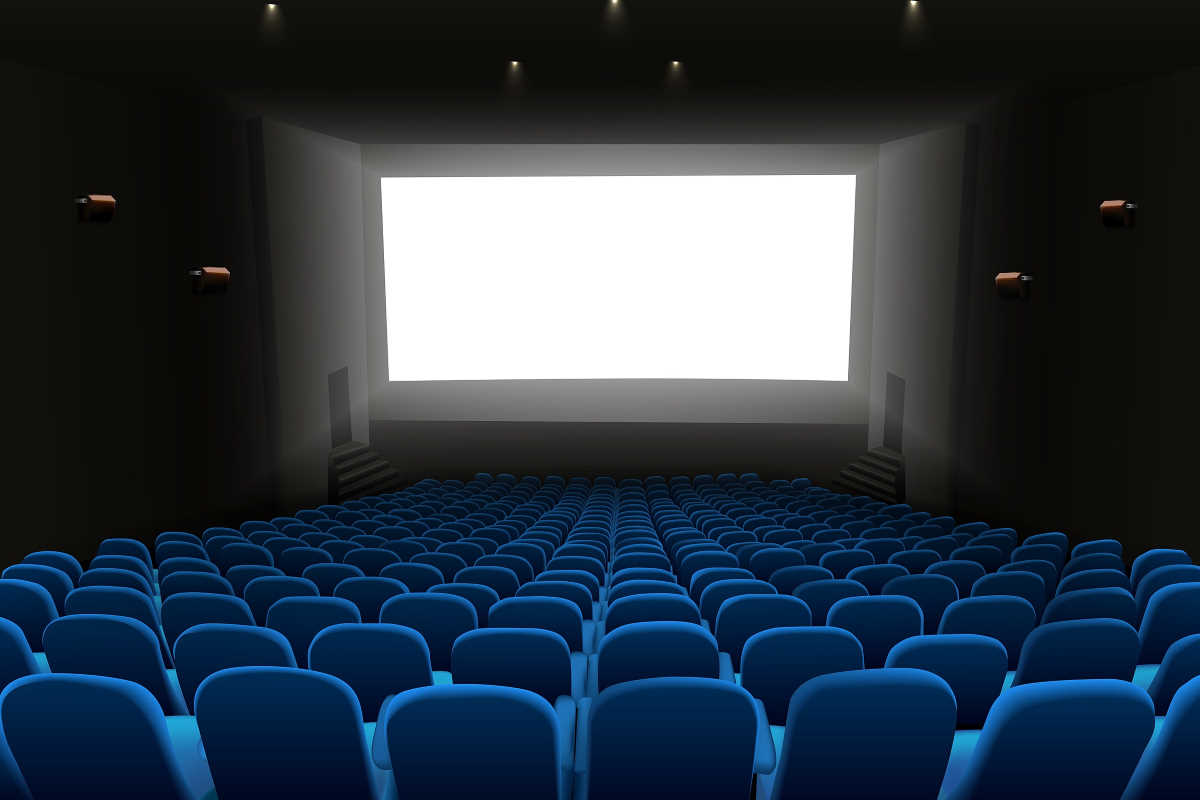 It’s a classic example of a fluid situation. Every day the story changes.

In Texas, the governor has allowed certain businesses to open starting Friday, May 1. “We are Texans, we got this,” said Abbot at the press conference announcing the reopening.

Try giving a celebration where nobody shows up and that’s what movie theaters will look like on the given reopening day.

First of all you can’t just flip a switch and the theaters are automatically open. There have to be hand sanitizer dispensers installed and seats roped off and employees, now laid off, have to be rehired and trained to maintain sanitation procedures according to the new order as well as how to comfortably move with facemasks and gloves.

The light of the projector will surely shine once again on the big screen but not on the whim of a groveling sycophant to his party superior.

First and foremost there is no product. All of the Hollywood studio titles scheduled for May and June and beyond have been pushed back to the latter part of the year, and in many cases for a full year.

Movies scheduled to open in March like the Bond film “No Time To Die” or the horror sequel “A Quiet Place Part II” will hopefully unwind starting in September. “Peter Rabbit 2: The Runaway” was pushed from March to August and then to January 15, 2021. You get the picture.

(Personally, I’ve always been wary of the date 2020 or anything beyond. In the year 2001 I read an article in Wired magazine that proposed implantable brain sensors allowing downloads of any memory from our life and replay on a digital device by the year 2020. Imagine the disappointment when awakening in the titular year and realizing that that concept may propel an episode of “Black Mirror” but the current reality favors smartphone applications that identify infected people over brain computer interfaces.)

Films that were already on the release docket like IFC’s “The Trip to Greece” and Universal’s “The King of Staten Island” will now premiere via streaming into your living room over the next few weeks. Both have established directors (Michael Winterbottom and Judd Apatow) but the window of opportunity dictates where the money will be made.

Indie distributed films like “First Cow” and “The Painted Bird” will stock the art house circuit (Landmark River Oaks and AlamoDrafthouse La Centerra in the greater Houston area) once it opens. It’s unfortunate for films like “Burnt Orange Heresy” that were skedded for late March and have now fallen into film limbo.

Warner Brothers and Disney have big plans for the major chains (AMC, Regal, Cinemark) in late July with the new Christopher Nolan opus “Tenet,” which is a palindrome, and the live-action remake of “Mulan.”

One local manager I talked to who wished to remain anonymous ventured that the major chains will open at the end of June in order to pave the way for the July 4 holiday, which falls on a Wednesday.

Most of the initial titles will be classic cinema. Where I come from classic cinema would mean films from the silent era up to possibly the mid-50s. Nowadays that means “Jaws,” “Alien,” “The Matrix,” “The Godfather,” “T2” and perhaps “Singin’ In the Rain” thrown in for the blue-hair crowd.

A smaller chain, ShowBiz Cinemas that operates theaters in Houston satellites like Humble and Kingwood has announced opening those locations as early as May 18.

In an article on the BoxOffice.com the ShowBiz Cinemas VP of Marketing and Film Jeremy Devine announced that “Safety is truly the defining measure … this is a fluid situation subject to governmental and medical mandates.”

Fluid is a good word to use in any situation that involves the current world we inhabit.

Once again no matter how early a theater opens you’re looking at lots of revivals – and let’s face it sitting in a theater watching “North By Northwest” may be the ultimate in theatrical immersion – but the true attraction is the diversion from the now normal home bound routine and not the actual experience of watching a movie.

Movie going in the future will evolve into a new and hopefully exciting way of social interaction mixed with intellectual curiosity. Don’t hold your breath.

Every day there’s a new twist on movies and the state of movie theaters. The Academy has lowered the bar on theatrical distribution by making films that eliminate theatrical, and only stream, eligible for awards consideration. But that’s based on the current situation; it’s fluid you see.

Universal, cocky with the perceived streaming success of “Trolls World Tour,” announces that they may adopt the day and date, theatrical and home, mode of release. Meanwhile the most influential chains (AMC, Regal) respond by banning Universal films from their screens, which aren’t even, ahem, open.

It’s basically sabre rattling on a grand scale. Next week, they will be Facebook friends.

“Universal stated it only pursued a direct-to-home entertainment release for ‘Trolls World Tour’ because theaters were closed and Universal was committed to a lucrative toy licensing deal,” AMC CEO Adam Aron was quoted as saying on Toofab.com. “We had our doubts that this was wholly Universal’s motivations, as it has been a longstanding desire by Universal to go into the home day and date.”

All of the studios want to go day and date but the economic mock-up has yet to be established and there are several years if not decades left in the theatrical model.

There’s no way the two major theatrical chains would not be programming the umpteenth Universal produced “Fast & Furious” flick for the summer of 2021 (pushed back from summer 2020).

A year from now may very well be the first time this whole COVID-19 phenom will seem like a thing of the past.