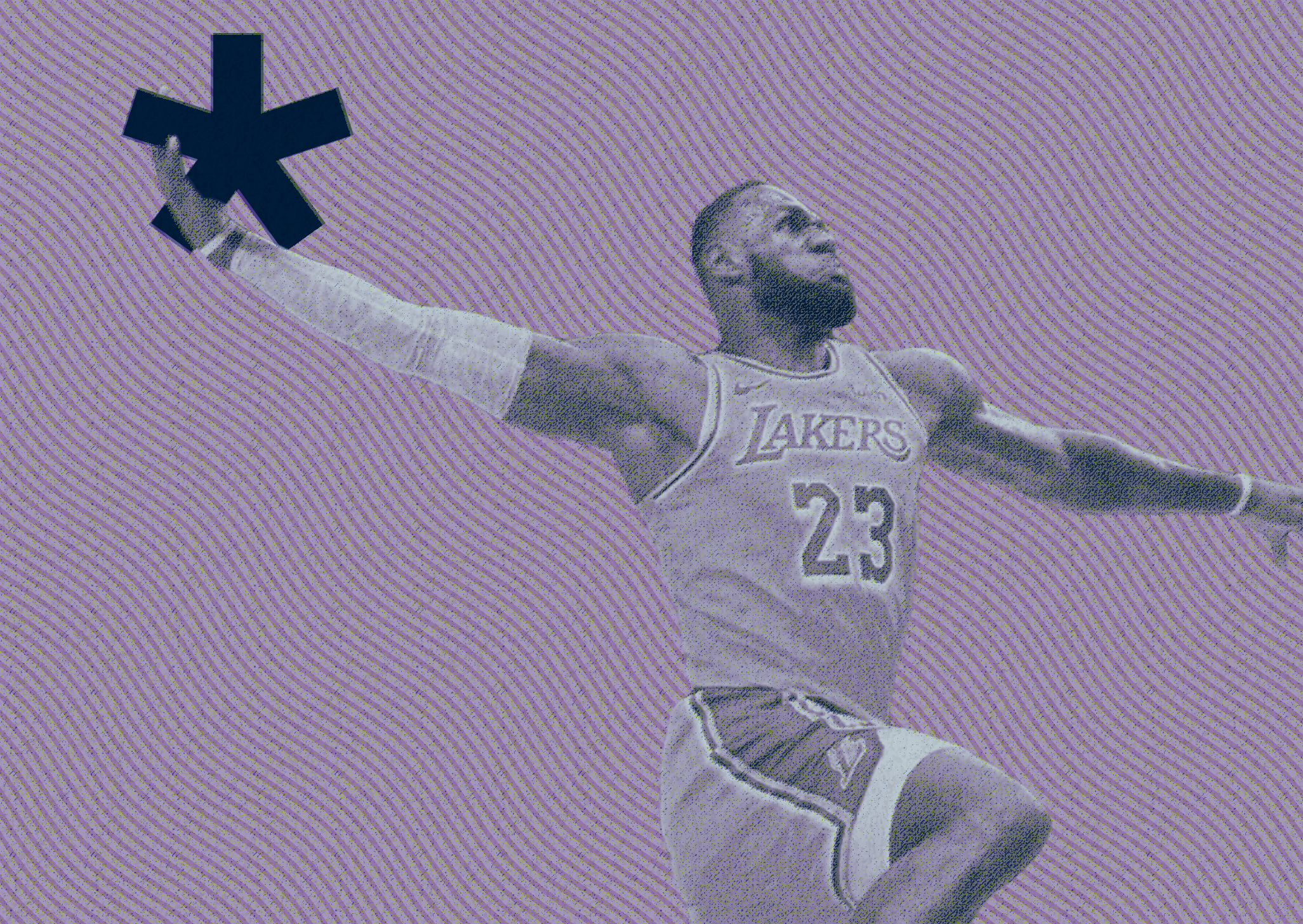 Without anything to broadcast, the rate of “cord-cutters” from traditional cable/satellite continues to rise.

It’s been almost two months since our favorite, ritualistic pastimes dissolved overnight as the urgency of the COVID-19 pandemic began to be felt across the nation. In practically a matter of hours just about every major sports league, from a halfway completed NBA season to the recently begun MLB spring training and even the upcoming, summer Olympics, cancelled or postponed their events for the foreseeable future. The decisions were made so quickly that the balls are probably still rolling down the baseline in OKC where their NBA game against the Utah Jazz was cancelled literally moments before tip-off after a team doctor ran onto the court to delay it until the league could make a call.

Since that day, we have had no rivalries to beat the shit out of each other over, no spreads to gamble our life savings on, no fresh Sportscenter to keep us from beating our wives, and it’s just been pretty terrible, quite frankly. More important than placating our insatiable desire to be entertained, however, is considering the fate of these very sports industries themselves in the face of total destruction of both the consistency of their operation and the revenue streams it generates. It is these thoughts that should give sports circles pause in discussions of how we talk about this year’s unique historical potential.

Beyond slapping the proverbial asterisk on all the stat lines for 2020 when we debate the merits of comparing this year’s stunted seasons and cancelled championships to those of years past, can sports economies afford that same “asterisk” applied to their income, and true organizational purpose, indefinitely?

A brief history of sports shutdowns

First let’s explore the ways this kind of global, professional sports stoppage has taken place before. To be fair it really hasn’t, but it behooves us to take a look at any precedent we have to try and anticipare what’s to come.

Traditionally, when an American sport hits the sidelines in a major way like this it’s for only one reason: they can’t agree on which side should get more of the bag. Call it what you want, a labor dispute, lockout, strike, collective bargaining disagreement, doesn’t matter. Like in the case of the ‘94-’95 MLB player’s strike that persisted for 232 days over 2 seasons and cancelling a full postseason, or the NBA lockout of 2011 that went on for eight months, and the 57-day NFL strike in ‘82 that saw the league revise its playoff schedule as an expanded “super bowl tournament”, among several more within those leagues and others like the NHL.

It’s always about the money but when it’s not about not making enough money, it’s usually because of war or some other imminent violent threat. Take the NFL’s shortening of it’s season during the WWII effort in ‘43 or the skeleton rosters of the MLB during the shortened WWI’ seasons of 1918 & 19 as most able-bodied men were fighting or in the factories, for example. While WWI also occurred at the same time as the Spanish Flu pandemic, even that is not considered to be as impactful on professional sports as the war effort was (except perhaps for when it hospitalised almost all the players competing in the Stanley Cup in 1919 forcing it to cancel).

The olympics have somewhat of a more storied history as a more localized and temporary event but not one of shaky resolve when it comes to pushing on. Typically only international war has been significant enough to call it off, as it was cancelled in 1916 for WWI and ‘40 & ‘44 for WWII. Even the ‘72 terrorist attack on the Israeli compound at the Germany olympics and the ‘96 bombing of Centennial Olympic Park in Atlanta didn’t put a stop to those years’ games.

There are far more instances of individual events being shuttered for whatever reason, from war to pandemic to terrorism to labor dispute, but the point here is that such a global, industry wide shutdown of all major sports is almost completely unprecedented. Even if we can weather the storm practically with ostensible rescheduling and hastily organized back-up play-offs, will it be enough?

Where we are now & how this might shake out

We already know we’re not seeing a match or a ballgame in person anytime soon, unless you’re talking hooping in the driveway with your family or hitting wiffle balls in the backyard. But what does this mean for the pros? What does this mean exactly for the massive economies built around these sports at the professional level and how does this chart for the future?

Various proposals have been announced to get some sports back in people’s living rooms as soon as possible such as simply postponing but not cancelling seasons, shortening schedules to minimize exposure, and even playing without fans. Yet a simple market evaluation indicates that this is damn-near wholly insufficient to support the revenue streams of these behemoths.

Sports organizations derive revenue in three, principle ways: broadcasting rights, commercial partnerships/advertising, and gameday sales (tickets, merch, food services, etc). For the majority of sports, broadcasting is the absolute lion’s share of their income stream with the other two being slightly more varied. Across the world this accounts for more than $50bn in revenue.

The unfortunate reality is that without any games there are quite obviously no gameday sales to be made, no ads or sponsorships to be sold, nothing to be broadcasted. For as long as this status quo continues, this could mean up to $2bn lost per month across the industry and that figure becomes compounded the longer this lasts.

This becomes all the more frightening when you consider the snowballing effect created by an indefinite lack of monetizable broadcasting content. Without anything to broadcast, the rate of “cord-cutters” from traditional cable/satellite continues to rise. If there’s nothing to broadcast and no one watching, the value of media rights become less immense and the price of ads placed in those media markets begin to plummet. And without any revenue from the primary breadwinners for these clubs, we no longer have those clubs. No clubs, no more games.

For college sports, at least here in the great land of the gridiron, the situation is much more devastating. Given that most college sports programs are predicated on the value of their football programs (through sponsors, match-day sales, and even student fees), many experts admit that any sizable impact to the NCAA football season could produce a domino effect that crumbles the entirety of collegiate athletics. With preseason just a few months away, the clock is already ticking.

As it stands, the wide world of sports is already in a serious amount of pain from what’s already occurred. It’s only going to get more complicated as we see seasons come and go with no games played. What of the contract obligations not met by players with no games to play? What of the funds spent on ads that will never be able to run? What of the millions of seasonal employees across the world in these sports organizations and their affiliates who may never be able to find the same work again?

Sadly, there’s just no right answer here. Re-open sporting events and mass gatherings too soon to try and jumpstart these revenue streams and we may very well find ourselves with a second spike of the virus, or another “super-spreader” event like the Champions League game in Milan, that invariably destroys the public’s feeling of safety and security at these events for a lot longer than it currently stands now. Idle too long out of caution and we may see entire organizations go belly-up from lack of marketable content, as we are already seeing the precipice of with mega-teams like the Los Angeles Lakers filing for, and returning, million dollar PPP loans to stay afloat.

Admittedly, it’s an interesting thought experiment to consider how future sports nerds will look back on these times as, arguably, fundamentally incomparable to the consistency of the past. Would we have to put an asterisk on every stat line in the history books? A disclaimer that “2020 NOT OFFICIALLY RECOGNIZED” when we debate Cy Young-winners and NBA MVPs of the future? This assumes, of course, there are still traditional, professional sports to debate.

We should be so lucky. 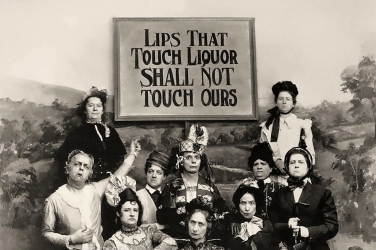 The Conservative Roots of Cancel Culture

‘Woke’ culture is a new variety of a longstanding tradition in America: Puritanism. In ...