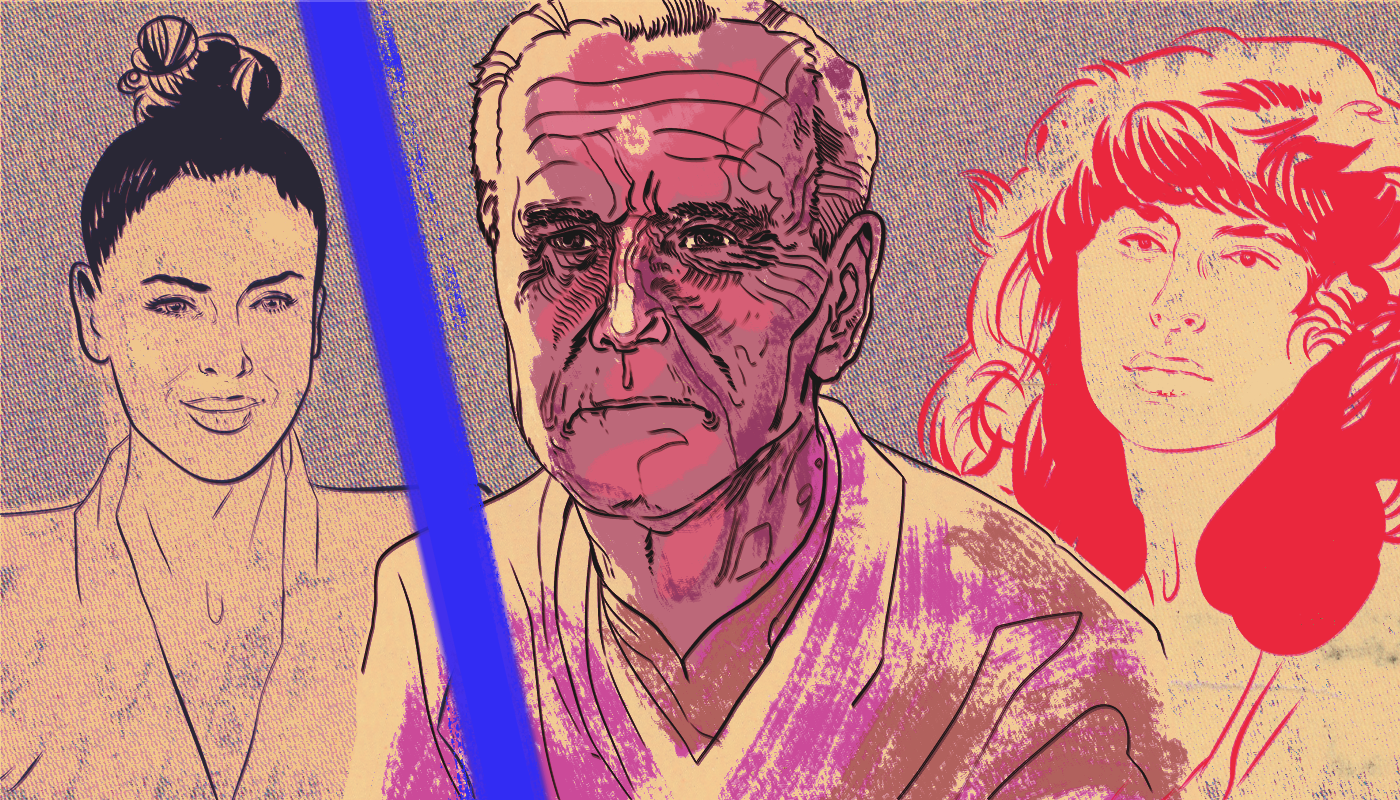 ‘Only a Sith deals in absolutes.’

A century ago, Alduous Huxley articulated the connection between absolutism and mob violence with poetic cynicism in his 1921 novel ‘Chrome Yellow’. Huxley later made the U.S. his adoptive country and I can’t help but imagine he was speaking about America in recent years.

Ideological movements of all stripes in the U.S. have taken on a distinct religious fervor and zealotry as of late. Left, right, and center have all adopted practices transmuted to them by their religionist parents and grandparents. Modern American ideological adherents have left behind their Bibles but took the religious playbook with them. Our country has had nearly three centuries to perfect excommunication, purity tests, ‘othering’, dogma, virtue signalling, and the most American of them all, sex panic. The #MeToo movement has perfectly embodied this interplay between sacerdotal doctrine and selective abstraction disguised as social justice. Aside, It would be interesting to know exactly how many self-described ‘radical activists’ come from religious upbringings.

To be clear, the stated aims of #MeToo, as well as many of its accomplishments, are sorely needed in a culture where women are harmed without repercussion and can not even even say “I accuse you” without the certainty of becoming a lightning rod for the full spectrum of misogyny. Men have nobody to blame but themselves for the unfortunate necessity of this cultural movement. But as with any rigid worldview, contradiction is written into its DNA when it sets forth ideological precepts that none of its adherents can live up to. Then, when one of its leaders is shown to be wholly incapable of living up to these precepts, the substructure of the movement comes into question. You know, it’s like when the Evangelical, anti-gay Pastor of your church is caught banging a male prostitute while on a methamphetamine binge.

Sure, everyone credits Tarana Burke as the creator of the #MeToo movement back in 2006. But much like rock and roll, #MeToo needed a face just white enough to launch it into mainstream consciousness despite it’s African American origins. The movement did not become a household name until Alyssa Milano tweeted a message encouraging survivors of sexual harassment and assault to post #metoo as a status update. This was to be a yardstick to assess the widespread problem of sexual abuse against women. Inspired by the revelation of mogul Harvey Weinstein’s sexual crimes, the former Who’s The Boss child-star set the wheels in motion for a vast cultural movement. As goes with most such movements, group identity is central to their axiomatic tents. Once a mob decides exactly who it is, it moves on to coagulate it’s dogma. Christian ideology came about in the same way. Councils distilled dogma in Christian tradition the same way the human algorithm on social media has established what is clear and codified #MeToo doctrine. But instead of the divinity of Christ being the cornerstone to their faith, the volatile and slippery core of #MeToo is ‘Believe All Women’.

The doctrine of ‘ Believe All Women’ will prove as both catalyst and undoing of the #MeToo movement. Sure, supporters within the movement have had schisms on this topic before. Rose McGowan initially came to her friend Asia Argento’s aid when she was accused of sexual misconduct with a child. “None of us know the truth of the situation and I’m sure more will be revealed,” she tweeted. “Be gentle.” The accusations against Argento were a shock to all that knew her to be a Cardinal in #MeToo preferati. But the hypocrisy of people who championed the notion of strictly believing accusers muddied the ideological waters. Yet no such rupture has approached the scale and gravitas of the Tara Reade dilemma.

Joe Biden has a well-established history of being a man without adequate physical boundaries. Some would describe his actions as overly-affectionate yet others see the Democratic nominee as a touchy-feely, old creep. But it was not until Tara Reade made accusations of actual sexual assault did the fork in the road appear. We could spend countless hours dissecting the veracity of Reade’s claims, but we let’s just leave that up to the people above my pay grade. The Nation did a fine job.  Her story has been a point of contention for many Americans. Let’s just say there is no real evidence and the way the accusations played out seems sketchy to many. We should also remember, that as with many allegations of this nature, there is simply no way to be certain; particularly when the allegation happened well over 20 years ago.  Yet, as Donald Rumsfled made clear to Americans so many times, “Absence of evidence is not evidence of absence.”

What we will unpack is the quandary it presents to this cultural front. To recap, Alyssa Milano, arguably the spearhead of the movement, has come out in support of Joe Biden despite being a stalwart of the Canon of ‘ Believe All Women’. Milano, a longtime Biden supporter, was essentially faced with a choice. Instead of doubling down on conflicting evidence, she chose to violate the most basic tenet of her faith. And for good reason too. You can’t be mad at someone for leaving behind their previous creed. Malcolm left the Nation of Islam for the ( at that time ) less rigid Sunni orthodoxy and was better for it. He masterfully made clear this distinction, took what made sense, and left behind what didn’t vis-a-vis NOI ideology. He knew you have to do the heavy lifting of explaining this glaring contradiction to your congregation.

People can adjust everyday to fluid narratives. If #MeToo wants to survive the highly-competitive landscape of 21st century utopian dogma, it must make adjustments and exemptions for ‘Believe All Women’ while protecting victims simultaneously. The divide on Joe Biden underscores the deep-rooted problems with broad-strokes like ‘Believe All Women’.  This is particularly problematic in a country where the pretext for lynching many African-American men were false accusations of advance or rape by white women. Indeed, race in the US is a whole other dimension to this topic we do not have adequate time to explore today.

Dogmas naturally evolve towards disunion. Islam had its fitna immediately after the death of Prophet Mohommad (PBUH). At the height of the Cold War, the Sino-Soviet Split was the inevitable fruition of inherent problems in Marxism. Analogous to denominations in religions fracturing large groups, the formidable tradition of French feminism eventually came out swinging against the patently Anglo-American #MeToo. In January of 2018, Prominent actor Catherine Denueve, along with 100 other French feminists, took out a full page in Parisian daily Le Monde. They published a full-page scathing rebuke and characterized the burgeoning movement as serving “ the interests of the enemies of sexual freedom, the religious extremists, the reactionaries and those who believe — in their righteousness and the Victorian moral outlook that goes with it — that women are a species ‘apart,’ children with adult faces who demand to be protected.” Importantly, they specifically called into question the blind faith in all accusations their American counterparts have engaged in. They even went as far as to asking if there was any utility in men accepting responsibility without warrant:  “ Men, for their part, are called on to embrace their guilt and rack their brains for ‘inappropriate behavior’ that they engaged in 10, 20 or 30 years earlier, and for which they must now repent. These public confessions, and the foray into the private sphere or self-proclaimed prosecutors, have led to a climate of totalitarian society.” The religious subtext is more than apparent.

Maybe they have their head wrapped around this better than us because the French are more educated and have public health care. They have given us modern democracy, the Statue of Liberty, and many of the great post-antiquity philosophers.  But we gave them jazz and rescued their country from fascism. So let’s just agree that there is an element of mutual reciprocity.

It would be fair to say visceral reactions to this article and others like it are underpinned by the very requirement for intransigent obedience we have described here. Though we have made it clear that #MeToo has served a much needed purpose and accomplished laudable feats, there will no doubt be those who will characterize this as some sort of apologist sentiment for abusers. Well, it is not. Fundamentalism and fanaticism have always been the achilles heel of the doctrinaire whether religious or not. The Atlantic described our American need to simplify this story into polemics as our “ cultural impulse to take refuge in easy absolutes.” More reason to take heed in what Obi-Wan said to Anakin that fateful day on Mustafar. 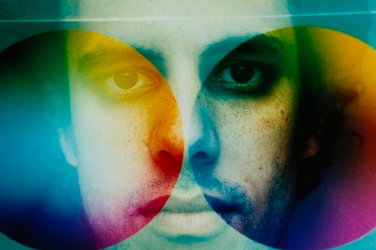 In what is bombshell news to 'heads' the world over, Four Tet has produced ...

The devastation of the Amazonian-Andean rainforests doesn’t just hurt Central and South America, it ...