Star Wars did not invent the idea of “galactic empires”, evil or otherwise — Dune did it before that, and the original credit most likely goes to Isaac Asimov — with at least a passing nod to Poul Anderson. But what all of these space operatic empires have in common is lack of convincing explanation of how one gets from a present-day, where the vast majority of human governments are at least nominatively democratic republics, to a future state of entire planets as the personal property of characters with names and titles like Baron Vladimir Harkonnen or Duke Leto Atreides. It all seemed a little far-fetched.

At least until now.

One of the principal beneficiaries of the Coronavirus Pandemic appears to have been Amazon CEO Jeff Bezos, who is apparently on track to become the world’s first trillionaire — even after the modest setback of losing 38 billion dollars in a divorce settlement with his ex-wife.

Let’s stop for a moment and try to wrap our minds around those numbers. A trillion dollars is a million million dollars. That divorce settlement is what someone earning minimum wage could expect to make in roughly two and a half million years (before taxes). Those numbers are obscene. You want Baron Harkonnen? This is how you get Baron Harkonnen — except it’s more likely to be Baron Musk — after Lord Elon Musk, founder of the line, finally gets his ass to Mars.

But arriving at a state of neofeudalism as a precursor to galactic empire requires more than an obscenely over-valued entrepreneurial aristocracy or warp drive. It also requires the fundamental planetwide erosion of current humanistic democratic societies that might otherwise contain such monsters. Well… we’re on track for that as well.

There is nothing particularly unique or uniquely American about Donald Trump. He is merely one among many petty authoritarians worldwide that have discovered the sweet spot between an easily incited base of potentially violent racists, the usefulness of criminal connections when it comes to looting institutions and rigging elections, and — now — the absolute exploitability of a global pandemic in furthering such aims.

By way of weakening democratic institutions to better enable their own petty theft, the Trumps, Putins, and Belisarios of the world do an even better job of enabling the planet-level predations of the Bezos and Musks. In 2017, an OxFam study found that eight men (and of course they’re men) own as much wealth as roughly four billion people — those in the lowest economic fifty percent worldwide. And the trend is only accelerating.

The serfs of NeoFeudalism are not bound to estates and charged with growing turnips (that would actually be sort of useful). They are bound to factories and warehouses where they have roughly the same rights as the increasing numbers of industrial robots they work with. If they do work a farm, it effectively is a factory — and like any other factory, is dependent upon a worldwide just-in-time delivery system that is becoming increasingly ineffective… but remains essential to growing the profits of the global one percent. Also, the serfs of NeoFeudalism have little more opportunity to escape serfdom than did their medieval ancestors. Except in very rare cases, upward mobility ended with the twentieth century.

But even as Jeff Bezos and Elon Musk are racing to become the Sith Lords of a corrupt planetary aristocracy, the beginning glimmers of a Rebel Alliance are also beginning to form.

As a Vice President and Distinguished Engineer of Amazon’s Cloud Services division, Tim Bray qualified (likely continues to qualify) as at least one among the global ten percent — or maybe not, after choosing May Day as an appropriate occasion to resign in solidarity with Amazon warehouse workers who had been fired as whistleblowers.

In so doing, Bray walked away from something on the order of a million dollars. He explains this decision in some length on his blog, but the short version is simply this: As a member of Amazon Employees for Climate Justice, Bray had been in contact with warehouse employees who had been threatened with dismissal for bringing to attention unsafe work conditions and speaking out about Amazon’s lack of concern for global climate change. Bray shared his concerns with upper management, the firings occurred anyway, Bray resigned — stating on his blog “remaining an Amazon VP would have meant, in effect, signing off on actions I despised. So I resigned.”

Very few of us can imagine being faced with an ethical dilemma with a million dollar price tag, much less doing the right thing anyway (and, let’s be clear: Someone with Bray’s resume is definitely going to land on his feet). But every single one of us are faced with smaller choices on a daily basis that can collectively add up.

Every single one of us (probably) chose at least once to order from Amazon over the last two months in preference to risking our lives by going shopping. In order to make that choice available, thousands of Amazon employees risk their lives daily. And Jeff Bezos gets that much closer to Baron Harkonnen status on the strength of our needs and their sacrifice.

If anything has become apparent over the last several months, it is that the Bezos and the Musks are very far from the “wealth creators” of Republican and Libertarian mythology. They create nothing on their own. The core technologies of their innovations were created at public expense in an earlier era when government did more than simply enable the creation of trillionaires. Without us… they are nothing.

If you don’t want Sith Lords — do whatever you can to support the fucking rebellion. If you have local and regional alternatives to Amazon, use them — even if you wind up spending a buck or two more. If Tim Bray can make million dollar ethical choices… maybe we can make ethical choices as well.

Lastly, don’t just vote with your dollars — and don’t vote stupid. Anyone who values the purity of their political ideology over the absolute need to remove Donald Trump from office is just as self-absorbed and self-serving as those asking others to risk their lives in order to “reopen” the American economy. NeoFeudalism, if it happens, will not simply be a consequence of wealth inequality or the actions of a few. It also will be through the passive inaction of the many. 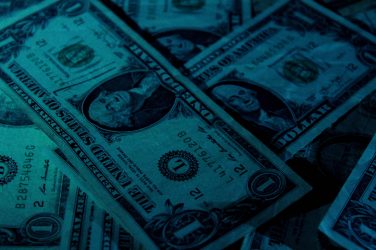 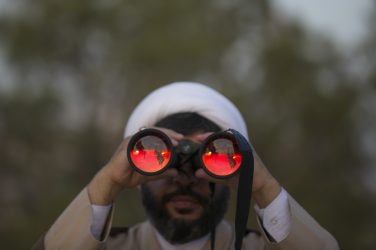