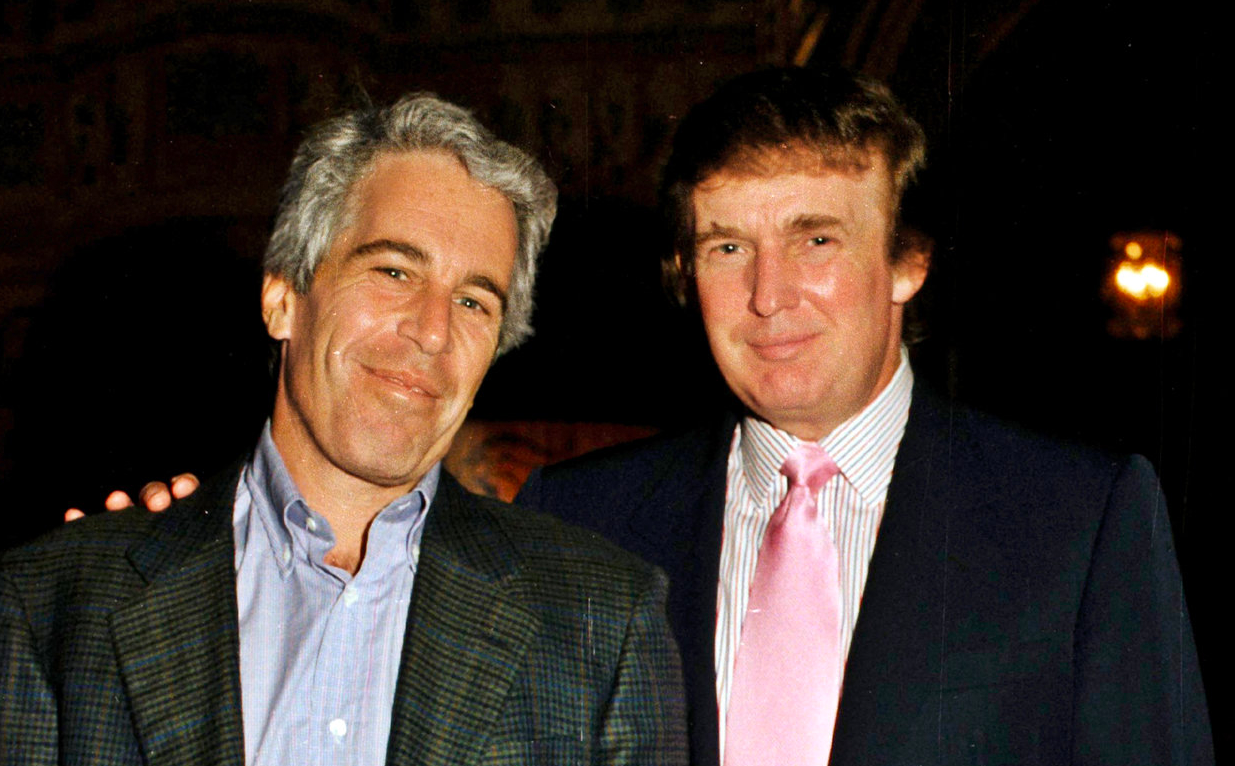 Decentralized anti-establishment hacker group Anonymous returned to the global stage after a few years of silence to lend support to the Black Lives Matter protests, as well as to issue some threats, including against the Minneapolis Police Department, Governor Andrew Cuomo, and Donald Trump, whom some members refer to as the #dicklessrapist. A faction of the group re-released affidavits filed in 2016 in a civil case against Donald Trump and Jeffrey Epstein by a 13-year-old victim. With over fifteen women accusing the President of sexual assault, and perhaps because the victim dropped the suit, the Clinton campaign didn’t capitalize on the 13-year-old’s case and it failed to remain in the news cycle.

“You had Jeffrey Epstein killed to cover up your history of child trafficking and rape. We have the receipts here,” Anonymous alleged in a post, with a link to a PDF of the affidavits. In the affidavits, the victim known both as “Jane Doe” and “Katie Johnson” claimed that Trump assaulted her during several orgies held by convicted pedophile Jeffrey Epstein at his Manhattan residence during the summer of 1994, when Johnson was only 13-years-old. In addition to numerous sexual assault claims, Johnson claimed false imprisonment, battery, and threats of force and serious bodily harm. Trump allegedly tied her to a bed, exposed himself to her, and then forcibly raped her. The then plaintiff said she begged Trump to stop, and he responded by striking her face, shouting that he could do “whatever he wanted.” Trump allegedly told her that if she spoke of the rape to anyone, he would harm her and her family. Epstein, a co-defendant in the dropped case, was alleged to have raped Johnson vaginally and anally after Trump was finished with her, and then struck her in the face, allegedly furious that Trump had taken her virginity and not he. She said she eventually escaped.

Trump’s connections with the now-deceased Epstein run deep; despite distancing himself from the mogul during Epstein’s arrest and imprisonment while awaiting trial, in 2002 Trump said, “I’ve known Jeff for fifteen years. Terrific guy. He’s a lot of fun to be with. It is even said he likes beautiful women as much as I do, and many of them are on the young side.” There is footage from a Manhattan party in 1992 in which Epstein and Trump salivate over a group of young-looking women. And Trump’s initial pick for Secretary of Labor, Alexander Acosta, was the “architect” of a “sweetheart” non-prosecution deal given to Epstein in 2007 in a Florida case, which allowed Epstein to serve only thirteen months in county jail.

Johnson dropped her case in late October of 2016, which her attorney, famed barrister Gloria Allred’s daughter Lisa Bloom announced via Twitter. Dropping a sexual assault case isn’t always evidence that the accuser is lying as there are many factors that can lead to this decision; Jill Harth, who sued Trump for rape in 1997 dropped the charges but has remained steadfast in her accusations.

The Johnson case wasn’t widely covered back in 2016 for a variety of reasons. The accuser’s decision to remain anonymous meant that journalists’ couldn’t confirm her story. She refused almost every interview, and the only journalist to speak with her, Emily Shugerman of Revelist, concluded her interview unsure whether the real Katie Johnson existed. Johnson’s story was backed and shopped to the media by some decidedly shady characters whose credibility has been mostly destroyed, conservative megadonor Steve Baer, and a former producer of “The Jerry Springer Show” who goes by the name Al Taylor but is probably named Norm Lubow, who sent media outlets a strange video of a woman with a blurred face and a blonde wig recounting the rape. Lubow has tried to sell fake scandals about celebrities in the past, under a variety of fake names. Baer, who also has a history of shilling fake stories about rivals, and Taylor eventually turned on each other, and later on Johnson, further undermining her credibility.

The Daily Beast published a deep analysis of the case back in 2016 and concluded that, “[F]ar from derailing the Trump train, Katie Johnson and her supporters seem to be in an out-of-control clown car whose wheels just came off.” Other publications such as Jezebel and The Guardian seemed to share The Daily Beast’s conclusions that Johnson’s accusations just didn’t seem to hold water, or that if they were true, the evidence supporting them was paltry. Efforts to contact Johnson’s two purported witnesses seemed as unfruitful as interviews with the victim herself.

Johnson’s case in the Southern District Court of New York was actually her second case against Trump and Epstein. Previously, in April of 2016, she had filed another case in California that was thrown out due to technical issues, with some fishy details such as her listing her address as an abandoned home and her phone number as a disconnected number. One could conclude that she was trying to protect herself by doing this, and she’s also known as an indigent homeless person, but there were other sketchy aspects of the case. Many of the details she listed in affidavits for the California case were missing from the later New York case, such as Trump “throwing money” at her for an abortion, and Trump calling Epstein a “Jew bastard.” Jezebel has referred to these details as “almost cinematic in their depravity,” departing from testimony from most other Epstein victims in their lurid detail and the violence of the sexual crimes.

` While Epstein’s death was ruled a suicide, Dr. Michael Baden, hired by Epstein’s brother to perform an independent autopsy, said that the presence of three hyaloid bone fractures in Epstein’s neck indicated homicide. Baden says that after going over thousands of prison suicides, not one had three of the fractures, which are commonly found in cases of homicidal strangulation. Some argue that Trump had a motive for killing Epstein because he wanted to cover up his own involvement in the Johnson case.  Conspiracy theorists have claimed that the British royal family murdered Epstein, in an effort to protect Prince Andrew, who allegedly raped an underage woman several times during transactions set up by Epstein and his co-conspirator, Ghislaine Maxwell. Epstein was known to collect video footage and photographs of both his victims and the wealthy and powerful men who used the services of his sex trafficking ring, and some have even argued that he was involved in intelligence operations before being co-opted by a foreign government to spy on these men. At this time there is no direct evidence connecting either Trump or the British royal family to the murder, nor any evidence supporting claims that Epstein was a spy. While some point to the fake passports and diamonds in his safe as evidence of espionage, Epstein more likely had them so he would be prepared to skip bail if he were ever indicted.  Further, Epstein’s suicidality at the time of his death is well-known, and video footage recovered in December showed him unsuccessfully trying to kill himself. He also adjusted his will shortly before being found dead, tying up the money in offshore bank accounts so that it will be impossible for his victims to receive any restitution funds for at least a decade.

While Anonymous argues that the Johnson affidavits are related to the current civil rights movement in that Epstein profited off the same inequality driving police brutality against the black community, the documents aren’t really anything new, as they were unsealed in 2019, and Johnson’s story first made news in 2016. One can only conclude from the work of other journalists on this story, that while Anonymous may believe the affidavits unleash history-changing dirt on Trump, the story would have damaged him back in 2016 if it had the power to do so. Anonymous also failed to publish any “receipts” documenting Trump’s supposed ordering of Epstein’s killing, despite claiming otherwise.

For these reasons, some have concluded that the re-release is a ploy by the group to stay relevant. While its motivations are unclear, the re-release of the affidavits by Anonymous is hardly explosive and failed to make national news coverage by most publications.

The spread of a fatal respiratory disease like COVID-19 could be unstoppable in a ...