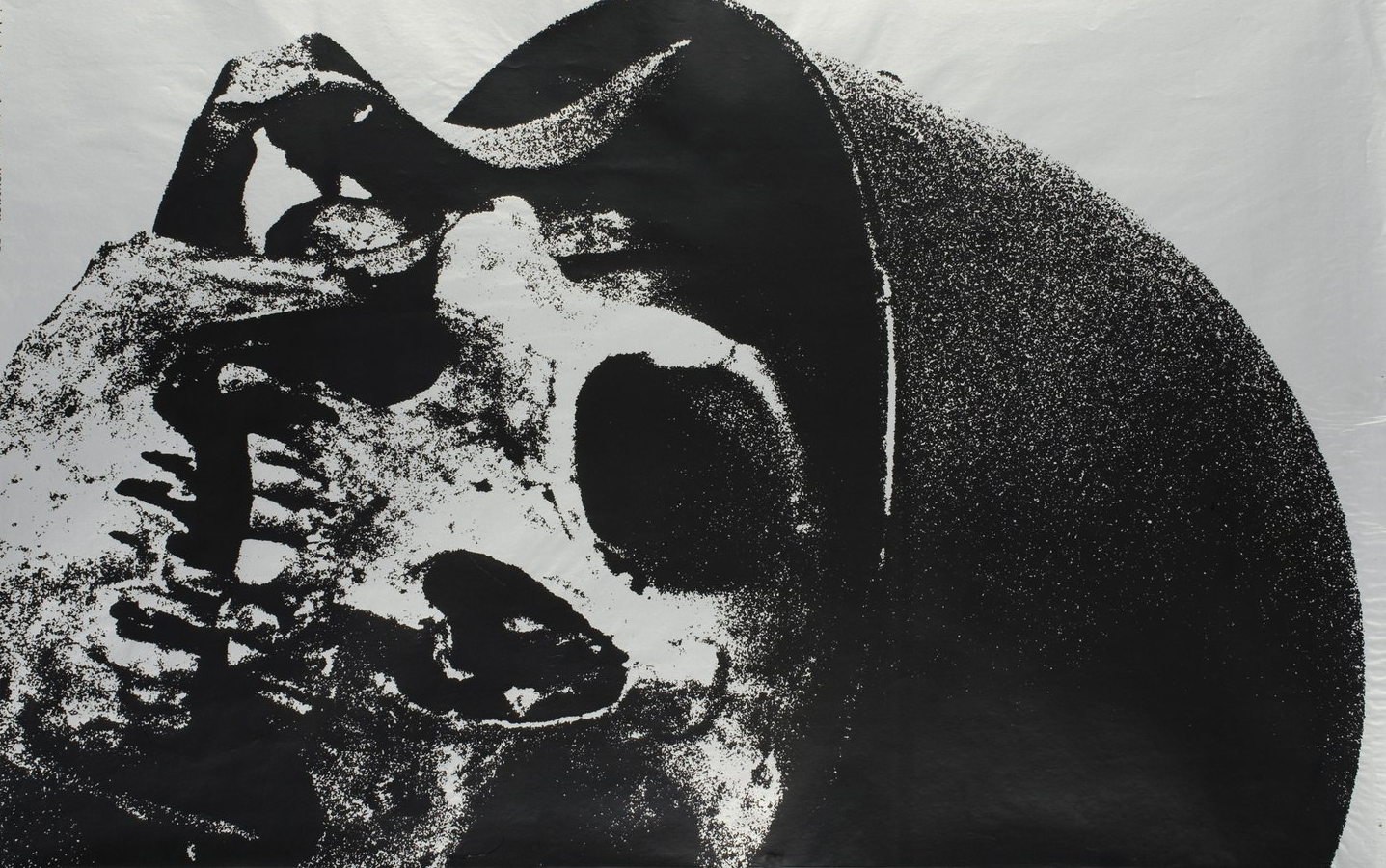 This is a rant. America is in decline. It is probably your fault. Act accordingly.

It’s no coincidence that the images we see of burned and looted U.S. cities closely resemble the scenes of the destruction our empire has wrought around the world. If our country could be reduced down to a single individual, that poor soul would be someone who regularly engages in self-abuse, mirrors that pain onto it’s neighbors, and then turns the abuse back onto itself.

There is a real symbiosis between state violence against African-Americans here at home and the endless wars we so ambivalently engage in abroad. Now, our laissez-faire attitude about unnecessary death is being put to the test with 100,000 of our countrymen unnecessarily dying in the last several months and the growing number of dead and injured as a result of confrontations between cops and protestors reaching previously unthinkable numbers. There are now 18 dead and 11,000 arrested since as a consequence of George Floyd’s murder and the ensuing backlash. There are innumerable injuries.

Over the last 2 decades, our country has crafted a razor sharp ability to ignore death and repression. Though we mourn our loved ones the same as anyone else, the events of recent years have normalized both the atrocities we commit unto ourselves and others. Take a moment to think about what we have endured in the last 20 years and where our heads were while things happened.

‘Hey Ya’ by Outkast dropped at the height of death and misery of the Second Iraq War. We moved half a million men and our massive war machine across the planet all while ‘shaking it like a polaroid picture.’ We all had no problem looking the other way or repressing the massive death toll.  Most of us went along with what we very quickly knew false pretenses for war and 1.5 million Iraqis subsequently died. Our intervention and subterfuge into the Arab & Muslim world continued and hundreds of thousand more were left dead in the wake of the instability we wrought. Iraq. Syria. Yemen. Palestine. Afghanistan. But life at home changed little. We knew what was being done in our name. But we carried on the same because we had post-punk, fidget spinners, and food trucks. The War on Terror did not preclude us from watching Aqua Teen Hunger Force or enjoying the oh-so-deft comedy of The Royal Tenenbaums. We all tolerated it. We all have a hand in the collapse of America. History will judge us all for having quasi-intellectual debates while our countrymen committed atrocities instead of engaging in direct action. We did this together <3. Moreover, we all reaped the benefits of 825 military bases around the planet that took children from mothers with industrial capacity.  Everyone. Black, White, Latino, Male, Female, Trans, Non-Binary.  Donald Trump, Angela Davis, Ann Coulter, Kathleen Hanna, Tom Brady, Killer Mike. Rage against the Machine, Public Enemy, Fugazi, Run the Jewels: all funded by the fruits of U.S. militarism.

Millions of us have been ‘disappeared’ into the profitable leviathan that our criminal justice system has grown into. Today, the United States makes up about 5% of the world’s population and has 21% of the world’s prisoners. To think, China has 1.7 billion citizens and we have more incarcerated people than them. People, not per capita. And like all American atrocities, it’s great business.

Of course, black people see the worst of it. Between 1980 and 2015, the number of people incarcerated in America increased from roughly 500,000 to over 2.2 million. In many ways, these people are just as absent from their families and communities lives as anyone who has been murdered. But what else do you expect from a country that has gleefully insulated itself from the violence it sends abroad?

American collapse combines all the strands of collapse in history, and then some, it is especially dangerous, powerful, and ruinous. What happens if collapse is just one-dimensional — theocratic, authoritarian, or fascist? Well, it takes time for institutions to erode, norms to corrode, and people to break. But when all these forces combine, they do so with a force greater than the sum of their parts. That is why it has taken just two years to get to infants in concentration camps, ethnic bans, and public demonization and scapegoating by a head of state. These forces are multiplicative, or maybe combinatorial — not just additive. Theocracy times fascism times authoritarianism times kleptoracy yields a kind of pyroclastic flow — that cloud of ash and thunder rolling down a volcano — larger, faster, and more deadly than in modern history.

We are the civilization that endured hundreds of school shootings with a yawn. Between 2010 and 2020, we have managed to stomach 400 school shootings. Don’t forget, we tolerated the deaths of 28 elementary school kids at Sandy Hook December 2012. But you may not remember this tragedy because December 2012 was the apex of Gangam Style. The song was such a hit people made their own video versions of the infectious Korean hit.

After the riots in Ferguson in 2014, the names of Michael Brown, Philando Castile, Trayvon Martin, and Sandra Bland suddenly disappeared from our lips to be replaced with self-congratulatory proclamations of righteousness. In order to ignore the elephant in the room, we honed in on the culture war. Apu from the Simpsons became the target of our wrath instead of the machinations of state violence we all fed. We became so consumed with the sanctimonious trappings of the culture war that we let an inept reality TV star become our president.

Donald Trump is that mirror you pass after coming down off of LSD. A still psychoactive mind has to look in that mirror and reconcile all of the darkness, vulnerability, and self-loathing it may find.  But Barack, that dude was ecstasy. President Obama made this all so easy. Charming, handsome, witty. The guy was the ultimate lubricant to ignoring the death and pestilence America has wrought around the world. I mean, who better than the first Black president to be the first American commander in chief to bomb Africa in decades? Obama helped us seamlessly move between drone strikes and self-congratulations on a ‘post racial society.’ Please, let’s remember we successfully put our heads in the sand as America deployed thousands of drone strikes from Africa to the Middle East to the Indian Subcontinent.  The American left has developed the duplicitous ability to pull off the remote, antiseptic death of thousands while feigning an era of self-important social justice at home. Yeah we were killing entire families in weddings in Pakistan, but fuck, Kendrick Lamar was at the White House performing for the 4th of July?

Sure we developed a ‘resistance culture’ yet it was largely self-interested, ineffectual, and escaped too far into social media. Our ‘resistance’ retreated into the safe, warm blankets of echo chambers, purity tests, and externalizing enemies. As long as the enemy was someone else we never had to do any hard work on ourselves and our families.

It has become vogue in days of late to publicly extoll the virtues of disconnecting from one’s family because of incongruent world-views. Problem is, those with ignorant family members do not realize they are our last line of defense. If your average SJW spent their energy convincing their loved ones of the need for real justice than preaching to their own choirs, we would be way better off. Our last loving voice of reason to do the hard work of pulling family members away from fear, apathy, and ambivalence. Our ability to pull those closest to us away from fear and towards rationality is our nation’s last ten dollars in the bank.

You see, the next several months will see an unlimited amount of opportunities for the everyday citizen to ‘move the needle.’ Maybe your uncle is a cop and you can make your case. Perhaps your husband plans to vote for *someone* who works overtime dividing their constituency. The one on one conversations we have are all that we have left. God knows social media is no longer an option to make your case and convince someone of anything.  You will have many chances to urge your family and friends to have compassion for their neighbors and this is our only shot at holding together the delicate balance that has stopped us from turning into civil war era Lebanon, Bosnia, Syria, and Angola. Don’t think we can get there? Then enjoy your historical naïveté. If we allow our divisions to become unhinged and the cycle of violence to go unfettered, it will be decades before things get better. You can count on that shit.

If there was another way I would be glad to advocate for it. I know how hard it is for white people to be in the same room as their families, much less speak to them about complex political issues. But we are simply not going to smash our way, police our way, or fight our way to peace and justice. To be clear, neither peace nor justice are worth a shit without each other. And neither are we. Get to making nice with each other or get ready for ready to see things get way fucking worse.