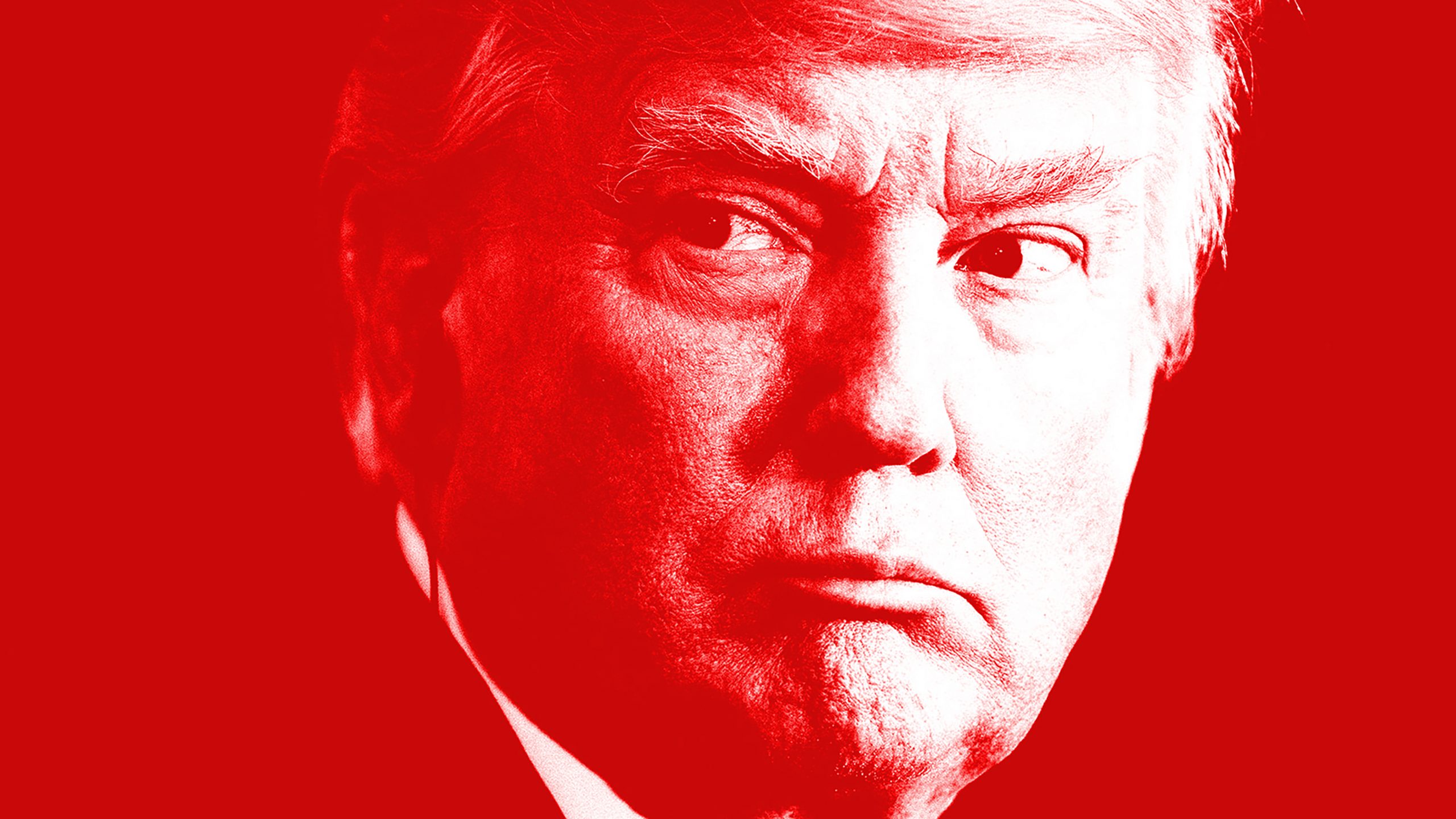 “Little Bush says we are at war, but we are not at war because to be at war Congress has to vote for it. He says we are at war on terror, but that is a metaphor — though I doubt if he knows what that means. It’s like having a war on dandruff, it’s endless and pointless…”

The War on Dandruff just got an upgrade — or a downgrade, depending on how one chooses to look at these things. Either way, it just went local… and became far more dangerous for most Americans.

Drawing comparisons between George W. Bush and Donald Trump is a potentially misleading exercise, and not without dangers of its own — but there are certainly comparisons to be made.

Starting with the obvious, neither one is exactly the sharpest hoe in the presidential shed. Trump manages to make Bush look smart and Richard “Tricky Dick” Nixon look honest; but that is far more an assessment of how low the standards have fallen than praise for Bush. They are easily neck and neck for being the most abysmally ignorant modern-era U.S. president — I would say “ever”, but for 19th century class clowns like Millard Fillmore.

Moving from the obvious to the morally abhorrent, they both have a fair amount of innocent blood on their hands. Including non-U.S. innocent victims, Bush leads — with a combined body count from the Iraq and Afghan wars at around 200,000. Trump has, so far, only managed a mere 100,000 non-combatant deaths — all in the U.S., all resulting from his epic bungling of the Coronavirus pandemic. However, given an exponential infection rate and the near-certainty of a “second wave” made worse by Trump’s encouragement of premature easing of quarantine… he may yet catch up.

It remains to be seen whether or not Trump will seek a second term of office under a Supreme Court sanctioned act of fraud similar to the one that granted Bush office in the first place — but the odds of him catching up with Bush on this one as well are, unfortunately, looking pretty good. Trump is already making the advance case of a questioned election via the combined toxicity of his twitter feed and proxies in the equally vile Fox News. He also continues to advance a completely contrafactual case for potential vote by mail fraud — all but ensuring this will not only be one of the most important elections in modern U.S. history, but a tension-wrought nail-biter right up to Inauguration Day.

But where Bush and Trump may wind up most equal in the eyes of future historians (assuming we are so lucky as to have future historians), may well be neither ignorance, body counts, or willingness to commit electoral fraud. If Trump continues his present course, where they may wind up most aligned could be the establishment of terrorist organizations… where they previously did not exist.

Bush did not create the terrorist organization known as al Qaeda — but his misguided efforts at prosecuting a Global War on Dandruff, combined with Barack Obama’s ill-advised normalization of that war, resulted in “al Qaedas” spread all the way from Spain to Tanzania to the Philippines. Between 2001 and 2015, Islamist-inspired terrorist organizations increased in scope and numbers by over 300%. So much for the global war on dandruff.

Donald Trump has even less responsibility for the creation of Antifa. Anti-facism (that’s what it stands for, folks — it’s not just some weird foreign-sounding name that ends in a vowel) has a long and honorable history. Groups called “Antifa” first emerged in the aftermath of WWI in response to initial facist occurrences as part of the Spanish Civil War, grew in Weimar Germany in opposition to the emergence of German nazism… and have been popping up ever since. But in the same way that Bush’s Global War on Dandruff created militant Islamic organizations where previously there were none, Trump’s emerging Domestic War on Dandruff is about to do organized anti-facism the same favor.

Let us be clear: declaring “Antifa” within the United States an organized anything makes roughly the same amount of sense as making a similar declaration against Deadheads. Although not as common as they once were, every major urban area in America contains populations of people with a shared fondness for the music of the Grateful Dead, cannabis, and using patchouli in preference to bathing. But they are not an organization.

Those same urban areas have no shortage of people with a shared fondness for anarchism, a shared fondness for black clothing, occasionally a fondness for handing skinheads and “Proud Boys” their racist little asses, and frequently a shared aversion to the excesses of capitalism. Not uncommonly, these people refer to themselves as “antifa”. But they are not a national organization — at least, not yet.

But the fact that something does not actually exist has never particularly troubled Donald Trump. His announced intention to declare an organization that doesn’t exactly exist as “domestic terrorists” is unsurprising — and almost as troubling as his continued support for white supremist organizations that do exist and do function as domestic terrorists.

More troubling is the extent to which this organization that isn’t exactly an organization is being scapegoated for the violence and looting that has occurred in conjunction with the continued protests against the police murder of George Floyd — violence and looting that many local police and officials suspect may actually be the work of the “very fine people” Trump continues to find on the extreme right.

It is, of course, fairly easy scapegoating. The willingness of self-identified Antifa to make plain their distaste for capitalism hits a raw nerve with self-identified “capitalists” — who, for the most part, are of course no such thing… merely capitalist wage slaves with a severe case of Stockholm Syndrome. It’s the same raw nerve that Bernie Sanders mistakenly hit by permitting himself to be identified as a “socialist”. Seventy years of brainwashing doesn’t go away simply by virtue of being wrong.

But if Mad King Donald persists in his latest delusion and if — God help us, he retains his crumbling throne into another year — his mad ramblings about Antifa may turn into a self-fulfilling prophecy. It would hardly be the first time U.S. citizens were radicalized into resistance, thanks to an existential threat from their own government.

Al Qaeda and later ISIS reached global scope thanks to the delusions and mistakes of one U.S. president, their ranks swollen by victims of The Global War on Dandruff and those in sympathy with those victims. Now the War on Dandruff has come home, more delusional and mistaken than ever… and is well en route to making victims of us all.

Trump should be no more surprised than was Bush was that the victims of delusion and deadly mistake do occasionally band together… and have been known to fight back. Trump may well be doing his victims the extraordinary favor of providing them a banner under which to organize and fight. If so, it may turn out to be one of the few useful things he has ever done.

There remains the question of racial division within the radicalized Left. To a significant extent, The Black Panthers despised white radicals of the same era. Even though it is a generalization, it is fairly safe to say that self-identified “Antifa” in America skews heavily white — and Trump’s victims tend heavily toward being people of color.

But viruses are oblivious to skin color, and the enemy of my enemy remains my friend. Organized national resistance to facism in America, if and when that resistance becomes necessary, it will be no more discriminating than the risk of being choked to death — whether by a virus or an out of control cop.

There was a collective sigh of relief around the country when President Donald Trump ...