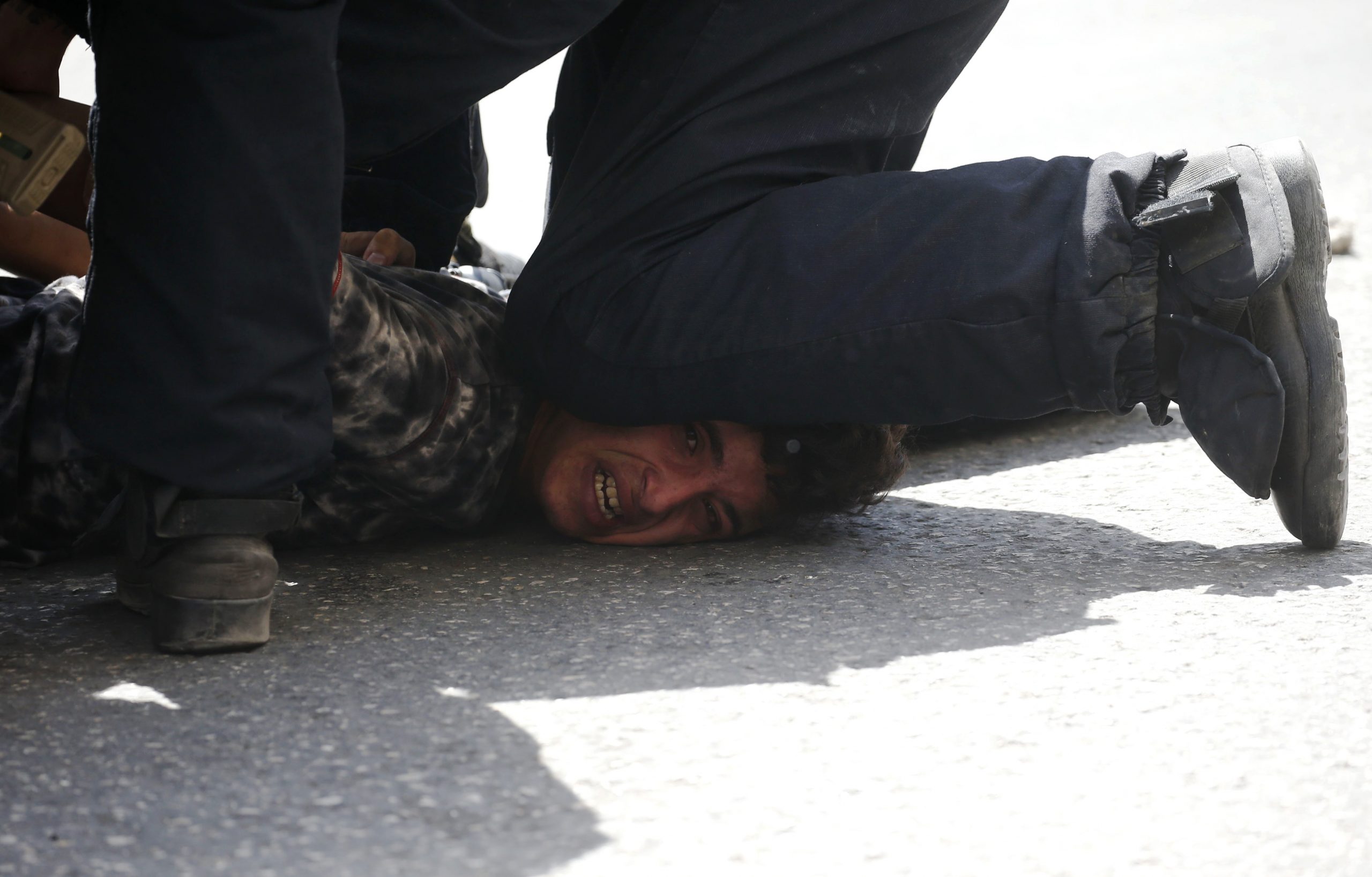 The images of police responses to protests of police brutality have been nothing short of shocking. As Americans, these brazen acts of unnecessary violence seem like a scene of the evening news about some repressive regime in a country some of us see as ‘under-developed’. We have been told for the last 2 decades that these very officers have gone through ‘sensitivity training’ and studied methods of conflict resolution. But is that the only thing they are being taught? It should come as no surprise that many U.S. police departments have been training with a chronic human rights violator: Israel.

Over 100 officers from the Minneapolis Police Department responsible for the murder of George Floyd got their training in restraint techniques from Israeli law enforcement officers. In 2012, a conference hosted by the Israeli consulate held a training event. They demonstrated to Minneapolis police the brutal techniques used by Israeli forces to subdue Palestinians.This so-called counterterrorism conference was jointly hosted by our own FBI.

Through the eyes of many Palestinians, the brutal knee to the neck by Derek Chauvin conjured up the treatment doled out by Israeli military and law enforcement onto an occupied Palestinian population.

Minneapolis is not the only city to receive training from the Israelis.

Thousands received training from Israeli forces at training events across the U.S. Of course, many of these were taxpayer-funded. The city of Baltimore showed a near instant uptick in civil rights violations after receiving training by Israeli forces.

The U.S. Department of Justice reported in 2016 that “widespread constitutional violations, discriminatory enforcement, and culture of retaliation” within the Baltimore Police Department.

They received their training on “crowd control, use of force and surveillance from Israel’s national police, military and intelligence services.”

“These trainings put Baltimore police and other U.S. law enforcement employees in the hands of military, security, and police systems that have racked up documented human rights violations for years.”

The experiences of Black Americans and Palestinains living in occupied territories share far too many commonalities. Both are minority groups living in systems that were historically designed to subjugate them. Both are disproportionately brutalized by security forces. Both endure ever increasing odds the state might kill them. Both make up the majority of incarcerated people. Both know all too well the incidences of choke holds translating to death.

In 2015, African- American and Palestinian artists released a collaborative video and statement of Black-Palestinian solidarity.  Both victims of state-sanctioned violence, the Black Lives Matter platform now  includes demands for the U.S. to “divest from the occupation of Palestine.”

It should trouble all of us that U.S. police forces are receiving their training from a country that has mechanized state violence against minority inhabitants. Too many abuses perpetrated by U.S law enforcement mirror those of the Israeli military, security and police officials. Simply put, it should not be an option for law enforcement agencies to receive training from countries charged with human rights violations by the U.N.

Police departments should find training on de-escalation techniques and the constitutional rights of citizens. Policing in general should be limited and what’s left of it should be molded in the image of the communities they operate in. A reimagined police force that authentically serves its community members is what we need. We won’t get there by training with those that brazenly violate human rights.

Let’s be clear, this is not about Jews. Anti-semitism is garbage; plain and simple. This is about Israelis. If the brutal security forces of the Saudis were training U.S. police forces we would be talking about it. Right now, the Saudis are buying up big chunks of Live Nation; so we talk about that.