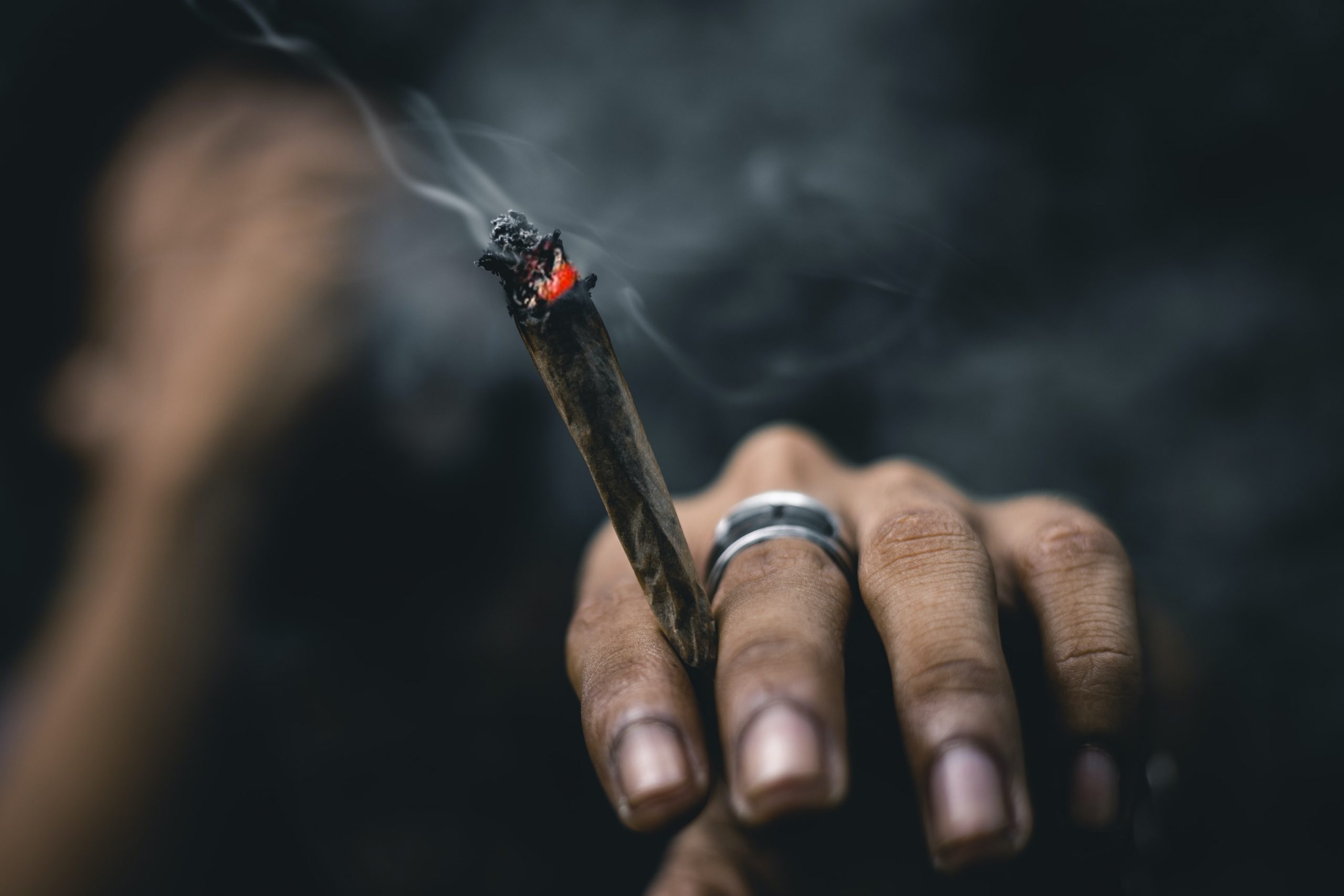 Let’s get real. The cops are not going away anytime soon. Despite Minneapolis having a city council that is willing to attempt to disband their police department, a large-scale willingness across the country to ‘abolish the police’ simply is not there. And even if municipalities could manage to dissolve their police forces, sheriffs, state police, and constables would likely fill the power vacuum with perhaps more an even, more draconian style. Again, the broad support necessary for the wholesale dismantling of the nation’s 18,000 police organizations is not there and unlikely to ever materialize.  Slogans are cute and simple but that is about it. There are achievable short-term solutions to reduce police killings: punish police brutality and limit the power of officers. Yet reducing the overall amount of interactions with police officers could be the key to ending the seemingly endless cycle of police killings. In short, we need to lower the number of reasons a cop can even approach you in the first place. No issue meets this criteria more and has as much national support as the legalization of cannabis.

The Stanford Open Policing Project, a group of researchers and statisticians that evaluated more than 60 million records of traffic stops by highway patrol in 22 states seem to agree. Searches by highway patrols in Colorado and Washington dropped by nearly half after the two states legalized marijuana in 2012.

Less police interaction means fewer chances for police to brutalize citizens. Historically, police brutality has been linked to drug law in that while it did not begin with the racist War on Drugs, the War on Drugs is responsible for the “stop and frisk” policy and the use of SWAT teams during raids. These two practices increased and allowed for police violence against people of color who are unfairly targeted by drug laws, as law professor Omar Saleem wrote in the Oklahoma Law Review. The War on Drugs also instituted the gross overfunding of police departments still in place in many cities today. More funding means more officers patrolling neighborhoods, more interactions with civilians, more arrests, and more brutality. In the absence of Jim Crow, the War on Drugs gave police a reason to target black people and the tools to perpetrate violence against them. 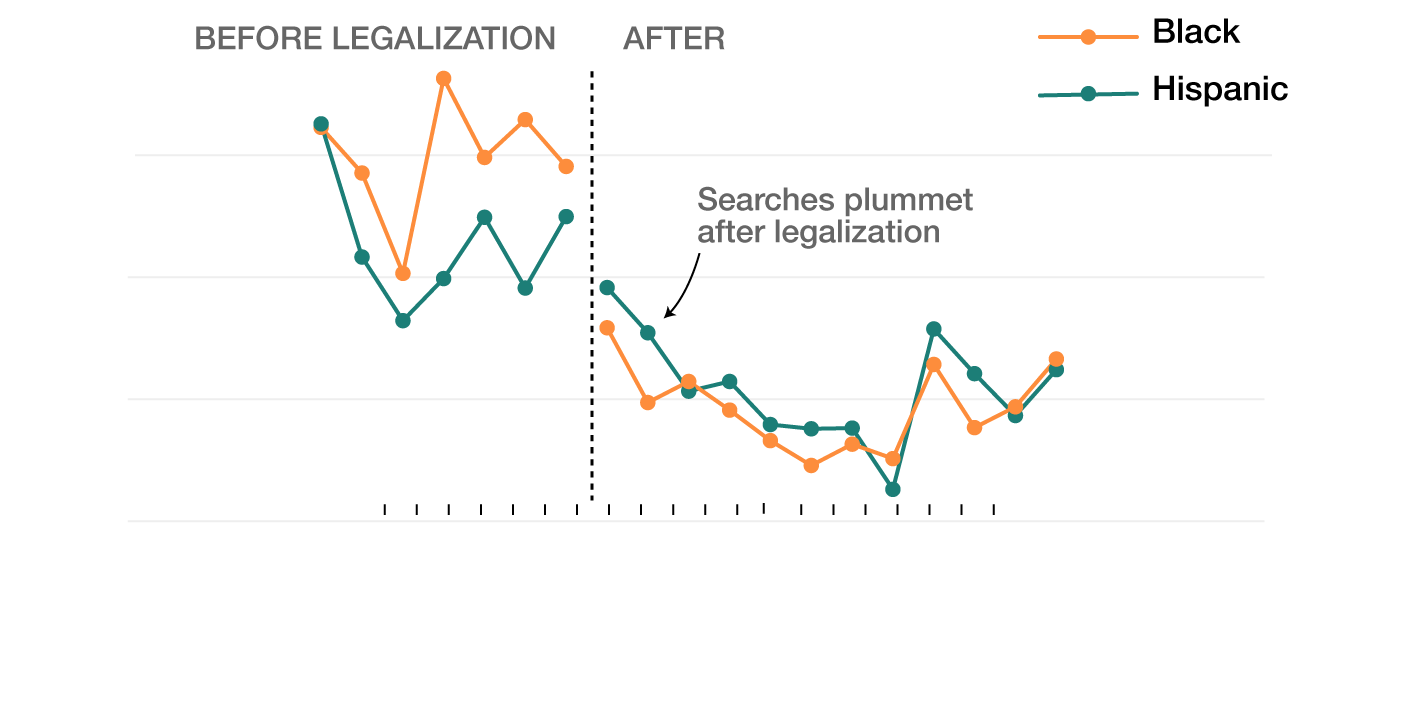 The first step in undoing the damaging policies instituted by the War on Drugs is legalizing marijuana, writes Charlotte Resing, a policy analyst for the ACLU. Marijuana has long been vilified in the United States, and many people of color currently sit in prisons for marijuana crimes, despite the fact that it is sold legally in many states. While black and white people consume marijuana at the same rates, black people are almost four times more likely to be arrested for marijuana crimes. In Washington D.C., a black person is eleven times more likely than a white person to be arrested for smoking weed in public. Not only does a marijuana conviction severely limit a person’s ability to succeed in the future, the interaction between police officer and alleged offender is an opportunity for the officer to victimize, and in some cases, kill the arrestee.

In 2016, Keith Lamont Scott pulled into a parking lot in Charlotte, North Carolina, allegedly to roll a blunt. It just so happened that plainclothes detectives were sitting in the same parking lot waiting to execute an unrelated warrant on another person, when they noticed what they believed to be the blunt and a gun on Keith’s lap. Keith was shot and killed by the Charlotte-Mecklenberg Police Department officers for alleged refusal to comply. Zachary Hammond, an unarmed white teen was shot by police in South Carolina during a marijuana stop. So was unarmed black teen Ramarley Graham, as he rushed to flush his weed down the toilet in the Bronx, and Trevon Cole was killed by police officers doing the same thing in Las Vegas. No one has ever died from a weed overdose, but people have died from police enforcement of outdated, needlessly strict marijuana policies.

Federal legalization of marijuana would make black communities safer from police by eliminating a major reason for cops to interact with people of color. Marijuana arrests accounted for 40% of total drug arrests in the United States in 2018. In states where marijuana is legal, any infractions such as smoking weed in public are treated like traffic tickets. While it’s true that cops have killed people while giving out traffic tickets (#PhilandoCastile), taking away their power to arrest marijuana offenders would take away their ability to take custody of alleged offenders or restrain them in a deadly position (#GeorgeFloyd). Further, the data compiled by the Open Policing Project  demonstrates that overall, marijuana legalization leads to less police interaction, and less police interaction means fewer deaths. The police would be unable to stop people for actions that are currently crimes in many states such as simply possessing marijuana. Possession accounts for 92% of the marijuana arrests, and the other 8% is sale or manufacture. If nationwide legalization followed the same pattern of states where marijuana is currently legal, both possession, sale, and manufacture would be completely legal, as long as people played by the rules for where to purchase and the amounts they are allowed to possess and produce.

With two-thirds of Americans supporting legalization, law enforcement groups are among the few opposing it. As the Washington Post reports, the reason for their opposition is that because unlike many other drugs, weed emits a dank, lingering odor, making it “an ideal pretext for initiating a search that otherwise wouldn’t be justified — even if that search only turns up evidence of marijuana use and nothing more.” Cops routinely use the alleged presence of marijuana to justify unconstitutional searches that sometimes result in death. Removing this tool from their arsenal leads to a profound decrease in traffic stops and searches, and therefore a decrease in brutality, because they will simply have fewer opportunities to interact with the people of color they often victimize.

While the Open Policing Project’s analysis clearly indicates a decrease in stops when marijuana is legalized, their data also shows that legalization won’t “eliminate racial disparities,” because “black and Hispanic motorists are still searched at considerably higher rates than white motorists,” according to the Washington Post. Still, black and Hispanic drivers were searched far less frequently than before statewide legalization.

As the ACLU points out, simply just legalizing isn’t enough. Cole, Scott, and Graham were all murdered in states where marijuana is decriminalized. In order for marijuana legalization to have the desired effect of ending police brutality and undermining systemic racism, “[it] must come with expungement, with reinvestment in the communities most harmed by enforcement, with limitations on how police can interact with people who they suspect of a marijuana offense, with legal nonpublic spaces for smoking marijuana for those who cannot smoke in their residence, with a prohibition on deportation for people with marijuana convictions, and with full inclusion of those most impacted by the criminalization of marijuana in the new marijuana industry,” Resing says. If all of these measures were part of the new reforms to end police brutality in America, we could not only decrease police murders but also chip away at the systemic racism responsible for it.

The police have shown that they cannot be trusted to peacefully interact with the populace, so the focus should be on removing occasions for interaction. The time has come for the movement to present clearly articulated, specific measures that will reduce police murders. As the data indicates, federal legalization should be among those measures.

‘Leading now’ means directly addressing the rift between progressives and conservatives within the Democratic ...