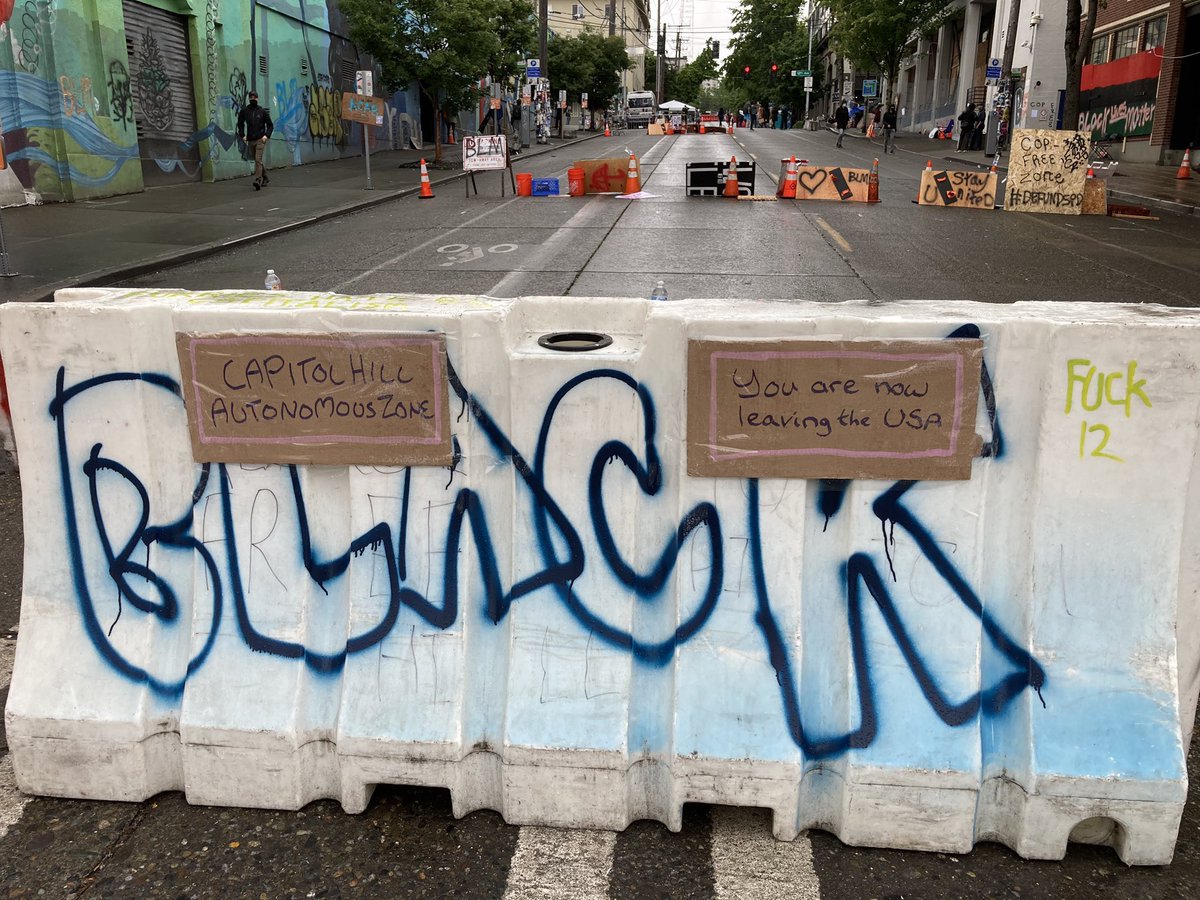 This and similar messages are adorned on signs to alert those entering what has become known as the “CHAZ” in Seattle’s Capitol Hill area. This section of the city has been taken over by activists and has quickly become a hot topic, even prompting Donald Trump to make yet another inflammatory statement about the growing need for law and order.

In a time of unparalleled polarization, the stories that are told on all sides of the political spectrum vary tremendously — even when looking at the same pieces of information.

Naturally, there is little consensus about what is actually going on inside the Capitol Hill Autonomous Zone, or the CHAZ.

The establishment of the CHAZ started when the police ceded the city’s East Precinct to activists in the area after a particularly heavy night of tensions between protesters and law enforcement earlier in the week. Officials presented this as a de-escalation method, and activists acted quickly to secure the area.

Soon after, the group called “Collective Black Voices at Free Capitol Hill” released a list of demands. The activists, in affiliation with the Black Lives Matter protests, are aiming to enact reforms in law enforcement.

However, in this laundry list of demands, the activists show that they are trying to accomplish more than incremental change. The demands go further than even advocating for abolishing the police, which has become a popular motto for the movement.

In fact, the demands claim that the occupants of the CHAZ are looking to go even further, arguing for the abolition of the entire court system, an end to general imprisonment, and the elimination of armed law enforcement entirely.

The closing demand argues for police funding to go to fund socialized medicine, housing, and naturalization for undocumented immigrants, for good measure.

These ideas may resonate with the Twitterati, but to most in the United States, come off as nebulous ideas lacking specificity that have no chances of success.

Sympathizers with the cause, including blue-check Twitter feeds and prominent news agencies, have painted an image of a liberated encampment, free of the dangers of police agitation and state control.

The true reality is more of a combination of anarcho-communist co-op meets farmer’s market. The site should be familiar to anyone who has gone to Bonnaroo, with videos showing young, mostly white, people standing around, sometimes watching Netflix documentaries.

With no police or law enforcement, some have come forward to fill the power vacuum left behind.

A now viral video shows a man identified as Soundcloud rapper Raz Simone, more commonly known online as “Raz the Warlord,” taking on the role of law enforcement for the burgeoning commune by confronting a graffiti artist and proclaiming “we are the police now.”

Despite the best intentions of the activists, it seems that even they have fallen prey to the evils of civilization and instituted their own form of police.

The powers that be are completely inept to intervene in the rising tide of the growing populist movement that is campaigning against the government. I mean, the governor of Washington, Jay Inslee, reportedly had no idea about what was going on in the city. When responding to a reporter who asked about the situation in the Chaz, Inslee replied: “Well, that’s news to me so I’ll have to reserve any comment about that.”

His lack of knowledge that the most populous city in his state had been taken over by protesters gave credence to a deserved lashing across various social and news media.

The full impact of this establishment is yet to be seen. Protesters in Portland were seen gathering fencing in order to establish their own autonomous zone, and it is likely that with the help of social media other groups will be emboldened to undergo similar pursuits in their cities, taking advantage of the protests and the current chaotic state of the country.

The reality of the CHAZ is that everyone involved is just LARPing. After the food runs and everyone gets bored, they will probably just go home, if Donald Trump doesn’t send in the military first.