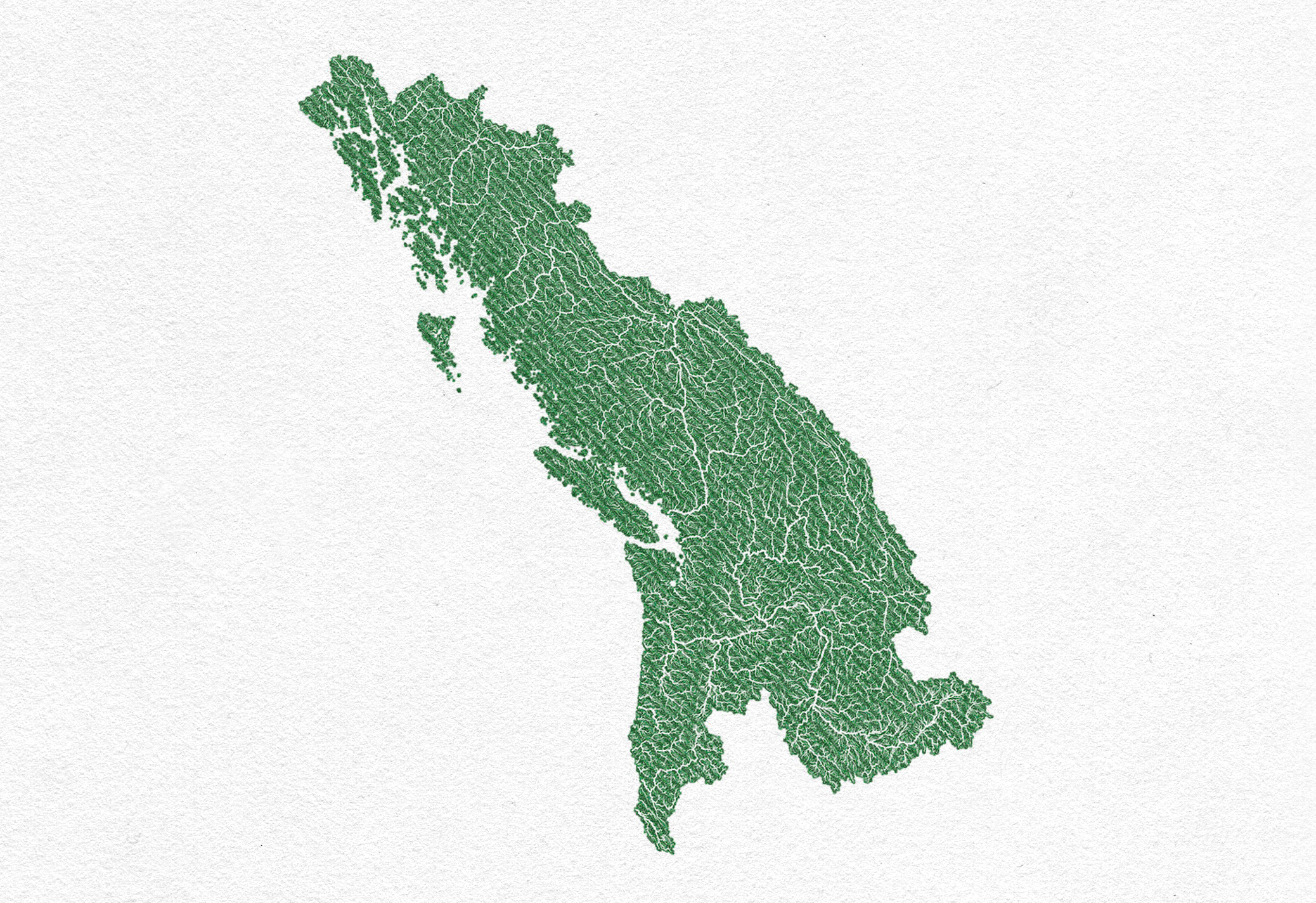 The late nineteenth century was rife with various progressive political philosophies that attempted to rearrange, reform, and revolutionize human society. In the Puget Sound region, utopian experiments sprouted like mushrooms upon the back waterways…Their founders were drawn to cheap, available land requiring only cross cut saw, muscle, and the will to clear it. Each of these experiments had their own distinct ideology, but nearly all of them were based on a socialist model where labor, commodities, and goods were shared collectively…

Trying Home: The Rise and Fall of an Anarchist Utopia on Puget Sound

It hardly began with the CHAZ — nor is it likely to end there. There is a widespread perception that the Pacific Northwest is uniquely predisposed to anarchists and anti-fascists. There is a truth to that perception, but it goes much further and much deeper than the current (and entirely understandable) desire for zones of autonomy free of police.

For added perspective on this, we speak once again with Portland activist and educator Alexander Baretich (this conversation condensed/edited for clarity).

I experience an interesting disconnect when I talk to people from other parts of the country on the subject of anarchy. It really does seem that the Pacific Northwest is probably more sympathetic to, or at least has more incidence of anarchist philosophy than any other part of North America. And has for a long time. There is commentary on this going back to the 19th century.

I expected this would be something you’d be familiar with, and I think it’s worth talking about, given Donald Trump’s endless fulmination and fearmongering over the idea of there being anarchists in Seattle– when, in fact, they’ve been there all along.

I think it really starts with Edward Bellamy’s Looking Backward, which inspired a lot of the Left on the East coast to go to the Pacific Northwest and create colonies. One of them was the Skagit Bay “Equality” Colony — named after Bellamy’s second book, which was about the liberation of women.

But also, I think part of it is logging. Prior to the chainsaw, if you were going to cut down a bunch of trees you would have to live in a barracks in the woods with a lot of other loggers, a lot of whom were well-read Marxists and Anarchists — because they had lots of time to read. And to cut down a tree, you had to use a two-man saw — you needed teams of people working two-man saws.

Rugged individualists do not take down hundred foot tall trees.

Exactly. I think a lot of it comes out of that. And you look at early Northwest labor strikes in the 1900s — and especially after World War One. There was a Seattle strike, there was the “Greek” strike in Aberdeen/Grays Harbor. In all cases, Wobblies and other Left activists were involved, and the strikes centered around shingle mills and sawmills.

Not to mention a fair amount of this in the canning industry– I remember running across an old “Temple of Labor” in Astoria, in what used to be the Finnish part of town.

Yeah — some of my relatives from the Finnish side of my family lived there. So definitely in the cannery industry as well. Also the orchard/fruit picking business, especially outside Spokane or Yakima.

And, interestingly, a lot of these labor activists were using Chinook Jargon for communication. In the PSU library there’s a dictionary of logging terms from the turn of the century — and it’s all Chinook Jargon. When you hear someone like a union boss referred to as a “high mucky muck”, that’s Chinook Jargon — it literally means someone sitting at the high end of the dinner table.

And you’re talking about Punjabi, even though this is well and truthfully described as one of the whitest fucking parts of North America. Black and brown lives may not have always mattered, but their presence has always been recognized. The point I’m trying to make is that none of this is new. It’s not like someone just got off an extremely slow boat from Russia and decided to establish an autonomous zone in the central business district of Seattle.

Yeah, it has a history to it — and I would maintain that history comes out of worker struggle within timber, cannery, and other resource extraction industries.

Then in the 1930s it gets really big in the United States. Then World War Two happens — and it all gets pushed aside. There’s an illusion of progressivism with things like the GI Bill and community colleges… but there’s also a lot of whitewashing and brainwashing.

For better or worse, at the end of World War Two, the United States was in possession of an empire — run by people who had been very discomforted by the spread of socialist thought after the Great Depression discredited Capitalism. At that point, it was very clear what kind of country this was going to be.

So let me go back to the 1930s. A group of businessmen go to Edward Bernays and say “We have a problem: People are not believing in our ideals anymore.” So he (Bernays) has this specific building added to the 1939 World’s Fair, a dome called “Democracity” — a play on the words “democracy” and “city” — and creates this image of the future, that you cannot have a true democratic future unless you have capitalism… that you have to marry these two things.

And that really becomes the 1950s brainwashing as well. And that brainwashing means the whitewashing and the removal of leftist ideologies and leftist history. And that’s a lot of the history of the Pacific Northwest.

So what have you been hearing from your contacts? I know there was an interesting and short-lived attempt at forming an autonomous zone around (Portland Mayor) Ted Wheeler’s apartment.

They cleaned it up really fast, by the way. So, I’ve had a couple of friends who’ve gone up to the CHOP, or the CHAZ, or whatever they’re calling it this week. They said that now it’s just in-fighting. It doesn’t matter what you say, someone is going to fight with you about it. If you’re chewing bubblegum and you say it’s spearmint, someone is going to say it’s some other flavor.

So, what I hear on the street, I’ve talked to other Cascadians in Portland who are interested in autonomous zones — but they want to see long term, sustainable autonomous zones.

In other words, get out of the city.

Or there’s another way of doing it and that is don’t call it an “autonomous zone”, don’t get the attention of the police. And don’t build barricades — just connect with the neighborhood and start growing food. Make the neighborhood or community into a form of resistance, but not so blatant.

A good example is Exarcheia, a community within Athens that broke away from Athens. It’s an anarchist/artist territory, where they grow food and stuff like that. And they’ve been fighting against the Golden Dawn for years.

There’s also Christiana Free State, which is a Danish autonomous zone, so to speak, that started in the 1970s when a neighborhood just wanted just an area where their kids could play and took over some old barracks in Copenhagen. But the problem with that is it’s become kind of gentrified. It’s priced people out. Yeah. So that’s the thing I always warn people (about autonomous zones) is whatever you do, do not build a coffee shop or a pizza shop next to it.

Also, in France, there are ZODs —  “zones to defend”. The first ZOD started with the expansion of the Notre Dame Airport. Every year they get attacked, but they’re still surviving. And then you have the bigger ones, the things like you know, Chiapas. That’s what we want for Cascadia.

One idea I’ve suggested in the past would be to create a worker cooperative — a real cooperative — that produces something tangible, like boots or something that you can sell, and then buy into a community that has an older population that’s actually dwindling. Be respectful of the neighbors and bring in other workers cooperatives — just no pizza shops or coffee shops. And if we could do a whole bunch of those and have a network where we’re sharing food, we could actually create a network system.

Essentially, “organic” in the best sense of the word: Grow a fundamental grassroots alternative to a system that is very possibly in danger of collapse in the very near future.

And keep it non-hierarchical. I think that part of the problem with the left is that we’re all starting out from a capitalist monoculture that is very misogynist and very racist, and we haven’t really deconstructed those things yet. So maybe what we need to do is start off with free food, free things, and just getting together to have those discussions… to start deconstructing the hierarchical structure that we’ve been brainwashed with.

And that’s probably a good note to end on. Let’s touch base in another month. Meanwhile, I need to go water my community garden. Cheers.