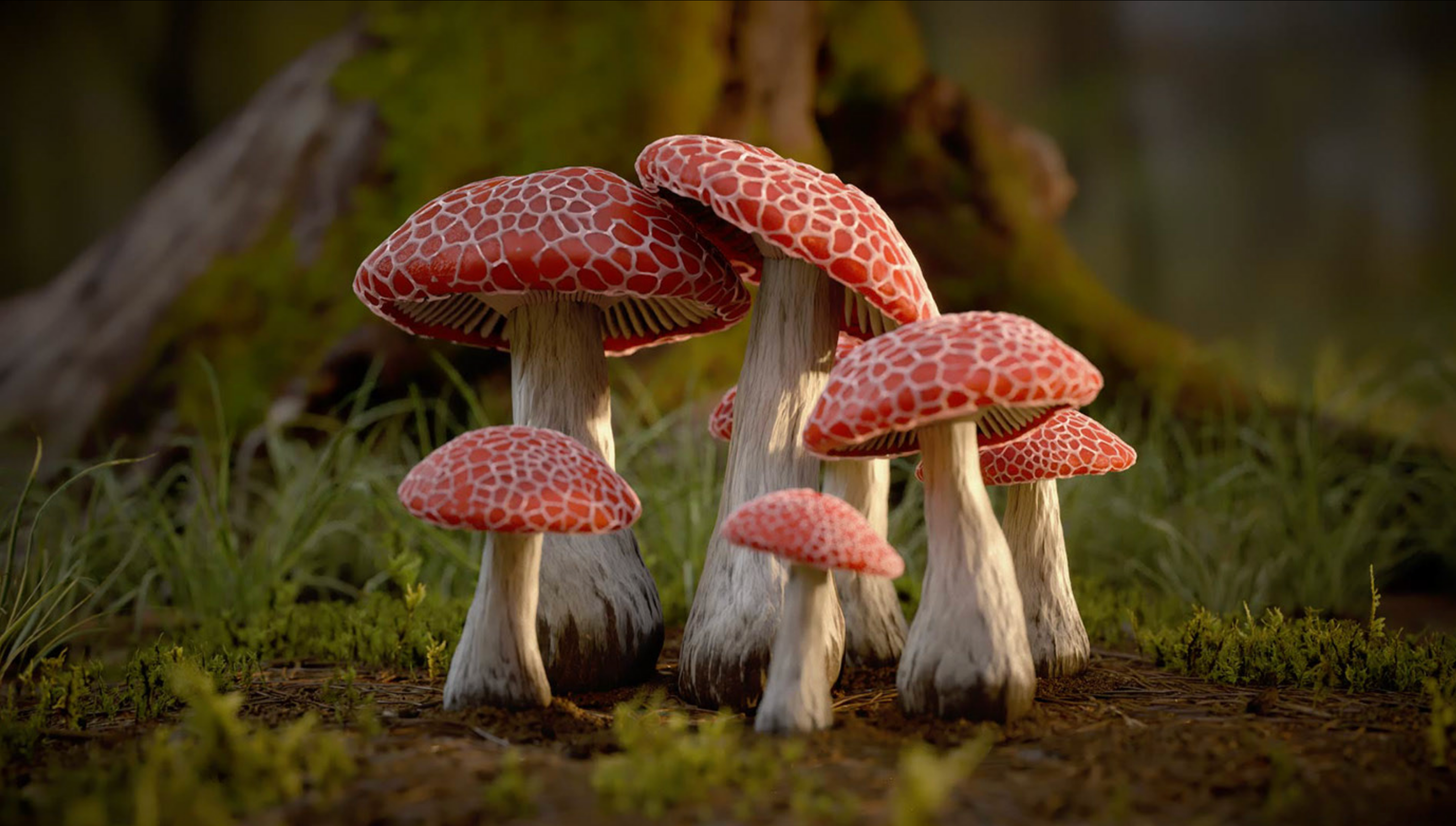 Psilocybin mushrooms should be decriminalized nationally.

Artwork and animation by Paweł Grzelak

As the United States enters the fourth month of the coronavirus pandemic, another public health crisis has emerged: nearly half of all Americans report that coronavirus has negatively impacted their mental health, according to a new poll conducted by the Kaiser Family Foundation. A federal hotline for support with mental health issues had a 1000% increase in calls received in the month of April compared to last year. During this time when they can’t take a physical trip somewhere, some people are choosing a different type of journey, one that they say is helpful in treating anxiety, depression, and PTSD. There is increasing evidence supporting the mental health benefits of psilocybin mushrooms, or shrooms, and legislation that would decriminalize the hallucinogen or allow its use for medical purposes will be on the ballot in a few states including Washington D.C. and Oregon.

Before you dismiss the efficacy of shrooms in treating illnesses like PTSD as the heady ramblings of someone who spent too much time at Phish concerts, it’s worth noting that scientific studies under controlled conditions support these claims. Psilocybin mushrooms work by activating serotonin receptors in the brain. The psilocybin, a chemical compound found in over 200 different types of mushrooms, is broken down into psilocin, which is responsible for the visual and auditory hallucinations the drug is known for.

There’s more to shrooms than just making the user trip balls: a 2016 study at King’s College in London on patients with treatment-resistant major depression found that when given two doses of shrooms seven days apart, some participants reported that their depression decreased significantly after just one week. The majority of participants reported a decrease in their depressive symptoms after three months. While the King’s College study had a small number of participants, a larger study conducted by the Johns Hopkins Center for Psychedelic and Consciousness Research on mentally healthy people found that 90% of them reported “increased positive mood and greater life satisfaction.” A study by NYU’s Grossman School of Medicine found that a single dose positively affected cancer patients’ anxiety levels for up to five years. Other studies have confirmed that both shrooms and MDMA are helpful in treating PTSD, one of the most difficult disorders to treat, with 30 to 40 percent of current PTSD patients reporting that they did not get significant relief from existing methods.

As with most pharmaceutical antidepressants, scientists don’t yet fully understand how mushrooms aid in the treatment of mental illnesses, but they believe that they disinhibit thought processes to make thinking more flexible and open. When a patient’s receptiveness to new ideas is increased, it is easier for the mental health provider to do the psychological work of helping them establish new thought patterns. Shrooms are believed to act on the default mode network of the brain, the parts that are activated by reflection and meditation and are responsible for helping us to form a coherent narrative identity. Importantly, the medical professionals advocating for psilocybin therapy argue for its use along with traditional techniques like talk therapy and that, in a medical setting, doses are carefully measured and the patient is supervised. Psilocybin mushrooms were designated by the FDA twice in 2019 as a “breakthrough therapy,” endorsing the work of two separate clinical trials currently developing mental health drugs containing psilocybin.

If the idea of medication containing shrooms sounds insane to you, it’s probably because the drug is still highly illegal in most states: shrooms are classified as a Schedule I Narcotic along with heroin, peyote, and LSD by the DEA, which means they currently have “no accepted medical use” and a “high potential for abuse.” Shrooms are illegal in all 50 states, and only decriminalized in Denver, CO and Oakland, CA. Despite the DEA’s placement of shrooms on the Schedule 1 list, shrooms have a relatively low potential for abuse. To compare them to heroin in terms of addictiveness is laughable. According to Charles Grob, a professor of psychiatry, there is no evidence to support claims that shrooms are addictive and it is extremely difficult if not impossible to overdose on them. Popular Science recently called them “the safest drug.” The reason shrooms are difficult to abuse is because they give the user short-term tolerance, meaning that a higher amount won’t necessarily result in a better high. Further, most users find trips to be draining and prefer to take long breaks in between ingesting shrooms.

In fact, higher amounts are most likely to make you paranoid and lead to a “bad trip.” If a user takes shrooms when in a bad state of mind or a stressful setting, it is likely the drug will only amplify those feelings. While for most people, the effects of a bad trip wear off within six to seven hours of ingestion, in some cases, especially in those with pre-existing mental health issues, a trip can result in recurring psychotic episodes or psychological trauma that lasts for years, although there is no evidence suggesting that shrooms or LSD result in permanent brain damage. Studies have shown that psychedelics users are among the most responsible drug users and most take a lot of precautions to control their environment during the trip. That’s for a reason: as someone who once freaked out in the desert after an ill-fated shroom trip with an ex-boyfriend who convinced me that taking them would fix our fucked-up relationship, I can tell you that the potential for things going very south very quickly is real.

There’s also the very real risk of accidents. It is highly dangerous to drive while under the influence of shrooms, and don’t go jumping off any buildings thinking you can fly (Spoiler Alert: You can’t). Mark Kleiman, a drug policy expert at NYU’s Marron Center, says that “People take LSD and think they can fly and jump off buildings. It’s true that it’s a drug warrior fairy tale, but it’s also true in that it actually happens. People drop acid and run out in traffic. People do stupid shit under high doses of psychedelics.” For this reason, it is unadvisable to do shrooms alone, and ideally, have a sober friend there to babysit and tell you really, really can’t fly.

Hallucinogenic drugs definitely aren’t for everyone, and any trip should be done with intention and planning. It’s also important to get  shrooms from a reputable source as the only real, life-threatening risk of shrooms is that they look very similar to poisonous non-hallucinogenic mushrooms. While Popular Science’s tips to “befriend a mycologist” or “grow your own” might not be practical for most people, should you decide to trip on shrooms, don’t just buy them from someone you barely know. Further, considering the current state of affairs with policing, it’s also good to know that getting caught with even a small amount of psilocybin will result in a felony charge in most states and up to a year in jail, two years for repeat offenders, in most states.

If that sounds ridiculous to you, it’s because it is. As is typical with its treatment of drugs, the federal government can call something a “breakthrough treatment” one minute and lock people up for possessing it the next. And government’s backward ideas are also impeding scientific progression: while 40,000 people took part in psychedelic drug studies during the 60s and 70s before shrooms  were made illegal in 1968 only a handful of psilocybin studies currently get the FDA’s stamp of approval. There are currently hundreds of thousands of Americans suffering from PTSD, anxiety, and depression, and thanks to coronavirus, those numbers will only go up. To deny so many people access to a treatment that may free them from their “mental shackles” as one depression study participant reported, is unjust and will only exacerbate the public mental health crisis that’s sure to be a lasting scar of the pandemic.

The Johns Hopkins Center for Psychedelic and Consciousness Research advocates moving shrooms from Schedule I to Schedule IV, which are drugs that have a comparatively low potential for abuse. This would put them in the company of pharmaceutical drugs like Xanax, Klonopin, and Ambien, instead of in the same category as heroin, which was responsible for the deaths of 15,000 people in 2018. The Hopkins Center is advocating for this because it would be a move based on science, which really should direct the government’s treatment of drugs.

Next, mushrooms should be decriminalized nationally. This doesn’t mean that you’d be able to buy shrooms at the grocery store, or that a bunch of teenagers would go jump off of buildings. If the federal or even state governments followed the model set by Denver’s legislation, enforcing shroom law would just be moved to the government’s “lowest level of priority” for enforcement and local governments would be prohibited from spending tax money on enforcing it. It would deprive militarized, overfunded police departments of one opportunity to come into contact with the citizens they clearly cannot be trusted to interact with. It would put a dent in the unscientific hypocrisy of drug law in America. And most importantly, it would enable people who are currently suffering from devastating mental health problems to have access to a possible treatment option without fearing jail time.