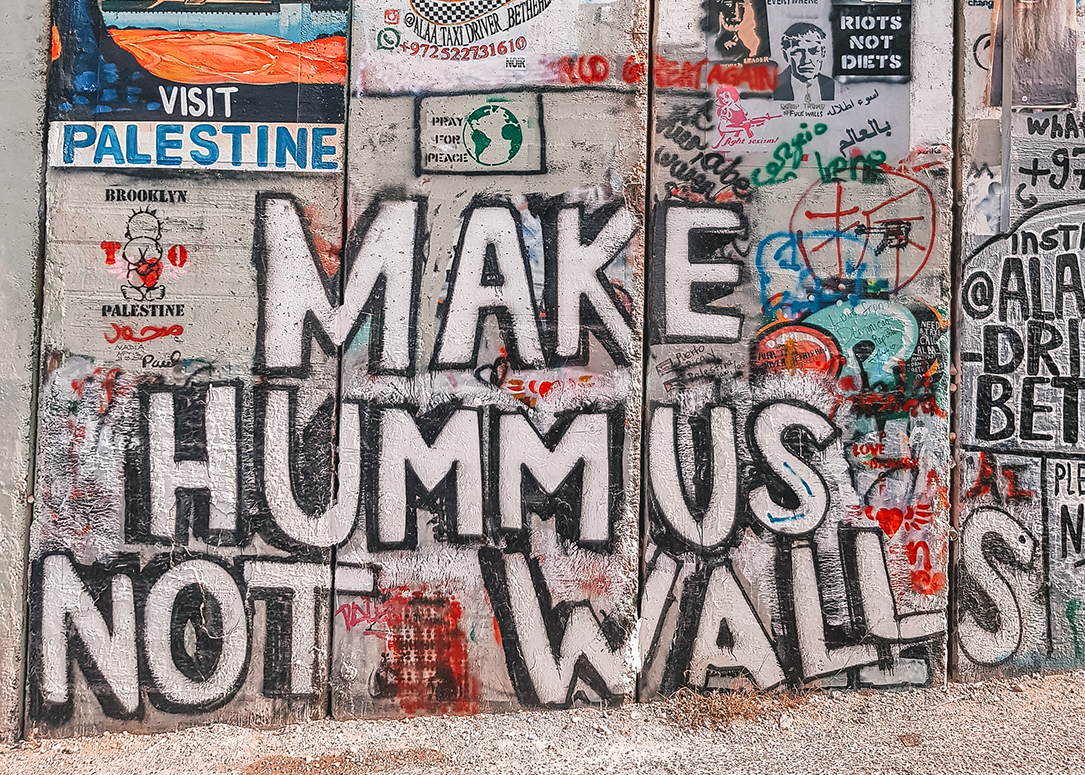 There is simply no way to sustain a Jewish ethnostate with 6+ million native Palestinians. It’s either one democratic state, one apartheid state, or two states perennially at war with one another.

“We know too well that our freedom is incomplete without the freedom of the Palestinians.”

Let’s get this part out of the way first: First, the actions of the Israeli state are not representative of the Jewish people as a whole. Secondly, The atrocities visited on the Jewish people throughout history have culminated in the need for Jews to have a state in which they can live in safety and security. Any denial of this is a detriment to the Palestinian cause.

Understanding the conditions that created the modern state of Israel is necessary to escape the ‘feedback loop’ that Israelis and Arabs have been in for nearly a century. As usual, European colonialism underpins our current predicament. The founding of Israel was ushered in by the barbarism inflicted on Jews in the last World War and later cemented by European maneuvering in support of a Jewish in Palestine. The continent that birthed the horrors of anti-semitism was now supposed to have an even hand in creating an enthnostate. The creation of Israel in 1948 was built upon a bedrock of 20th century ideals on race and colonialism. It was these ideals that actualized an apartheid state that disbursed rights based upon antiquated constructs of race and religions. The original Two State Solution proposed by the United Nations was ultimately derived from the idea that Jews and Arabs are distinct peoples. Judgements on property and rights were not to be made based upon individual merit but rather identity. Therein lies the disaster in the making.

In 2018, Israel’s political bodies approved the controversial Nation-State Law that established “the right to exercise national self-determination” in Israel is “unique to the Jewish people.” This set a religious standard for self-determination in land occupied by not only Jews, but Muslims and Christians as well. It went further by codifying the Israeli expropriation of land from non-Jews. The law celebrated “Jewish settlement as a national value” and required that the state “will labor to encourage and promote its establishment and development.” In short, the Israeli political system is cementing the apartheid it has been parcticing from it’s inception.

‘Apartheid’ is derived from the Afrikaner word for ‘apartness’. It was originally used to describe the infamous system of racial discrimination that existed in South Africa until 1994. Yet this term apartheid is not merely a reference to former South Africa’s regime practices, it is used universally within international law to describe the practice of State repression and separation based upon race. The United Nations (UN) International Convention on the Suppression and Punishment of the Crime of Apartheid defines it as  “inhumane acts…committed in the context of an institutionalized regime of systematic oppression and domination by one racial group over any other racial group or groups and committed with the intention of maintaining that regime.”

The argument to justify Israel’s present occupation of Palestine has no intelligent or legal basis in history.”

There is little disagreement with the fact that the system effectuated by the Israeli government against the Palestinian people meets the UN definition of Apartheid. Despite a loosely asembled string of disconnected territories ostensibly controlled by the Paklestinain Authority or Hamas, Israel and the Occupied Palestinian Territory constitute one “territorial unit” under full Israeli control. Israel’s apartheid system of laws is not only limited to Israel’s internationally acknowledged territory, it is forcibly imposed on the entire territory under Israel’s effective control. The population of this single area of land is equally split between Jews and Arabs: 6.45 million are Jewish Israelis and about 6.41 million are Palestinians.

Nonetheless, under Israeli law and in daily practice, Israelis and Palestinians are treated fundamentally differently in every regard including property rights, freedom of movement, marriage, rights within the legal system, and other critical human rights. A seemingly endless array of Israeli laws have institutionalized this system of racial and religious discrimination.

Segregation is the tip of the iceberg. There are differing legal systems for Jewish Israelis and Palestinians living within the same township. This inequality is exacerbated by illegal settlements. Settlers living in illegal Israeli outposts in the occupied West Bank are under the jurisdiction of Israeli civil law. Palestinians living in these occupied lands are under the jurisdiction of Israeli military law. This basically makes them all deemed as foreign combatants. There are separate roads for Jews and Arabs. Jews and Arabs that fall in love can not get married.

The rights to own land are severely limited by law within the Israeli state. Israel’s 1960 ‘Basic Law stipulates ownership of “Israeli lands” – managed and owned  by the state, Jewish National Fund (JNF) and the Development Authority – can only be moved between the three entities. The JNF only leases land it owns to Jews.

Ninety-three percent of Israeli public lands belong to the state, Development Authority, or the JNF. If you are a Palestinian landowner, the Israeli state can appropriate your lands without cause despite a generational ownership of the said land by Palestinians. Purchasing new lands is virtually impossible. Making matters worse,  leasing about 80 percent of the land controlled by the states off limits to non-Jews.

The right of refugees to return to the lands they gave up is held as an international norm. Those forced out by war should be allowed to reclaim their homes. In Israel, this does not abide. According to the Absentees’ Property Law of 1950, Palestinian refugees expelled from their homes after 1947, are ‘absentees’ and are denied any rights. All of their land, houses and even bank accounts were confiscated by the Israeli state.

Conversely, the Law of Return of the same year, 1950, gave Jews from all over the globe the right to immediately become Israeli citizens.

As a Palestinian, even if you already live within Israel, there is no security in keeping your home or assets. Homes and orchards are regularly confiscated for ‘security.’ One hundred year old homes are bulldozed for building codes or lack of permits. Thousand year old olive groves are razed to make way for ‘Jews only’ roads. For those who live in Jerusalem, entry into and residency in the city is “a revocable privilege, instead of an inherent right” says human rights organisation Al- Haq. 15,000 Palestinians in Jerusalem have had their residency revoked since 1967. Recently, The Israeli parliament passed a law that empowers the Minister of Interior to remove residency rights of any Palestinian in Jerusalem because of a “breach of loyalty” to Israel. Israel’s proposed annexation of the West Bank is likely to expand the scope of this law.

“I have witnessed the systemic humiliation of Palestinian men, women and children by members of the Israeli security forces. Their humiliation is familiar to all black South Africans who were corralled and harassed and insulted and assaulted by the security forces of the apartheid government.”

Israel has gone as far as to disallow families on different sides of Israel and the occupied territories from reuniting.  The ‘Ban on Family Unification’ was created as an emergency measure in 2003 following the onset of the 2nd Intifada in 2000. The law precludes family unification when one spouse is “ an Israeli citizen and the other is a resident of the occupied territories.”

This has caused innumerable Palestinian families to be law split apart, leave the country, or be deported.

According to the UN Apartheid Convention, Israel commits the followu=ing acts as evidence of its apartheid:

● Preventing Palestinians from returning to their homes and lands.

● Systematic and severe deprivation of fundamental human rights of Palestinians based on their identity.

● Denying Palestinians their right to freedom of movement and residence.

● Persecution of Palestinians because of their opposition to Apartheid.

Apartheid is not the only crime the Israeli state is guilty of yet it is the ideological substrate which its other crimes are justified. Make your neighbors ‘others’ and you can reconcile extra-judicial killings, the incarceration of children, aerial bombing raids of civilians, and the illicit projection of military force throughout the region. If there is ever any hope to escape this bloody cycle of domination and resistance, a reset on the concept of distinct races within distinct rights must be thrown in the trash heap.