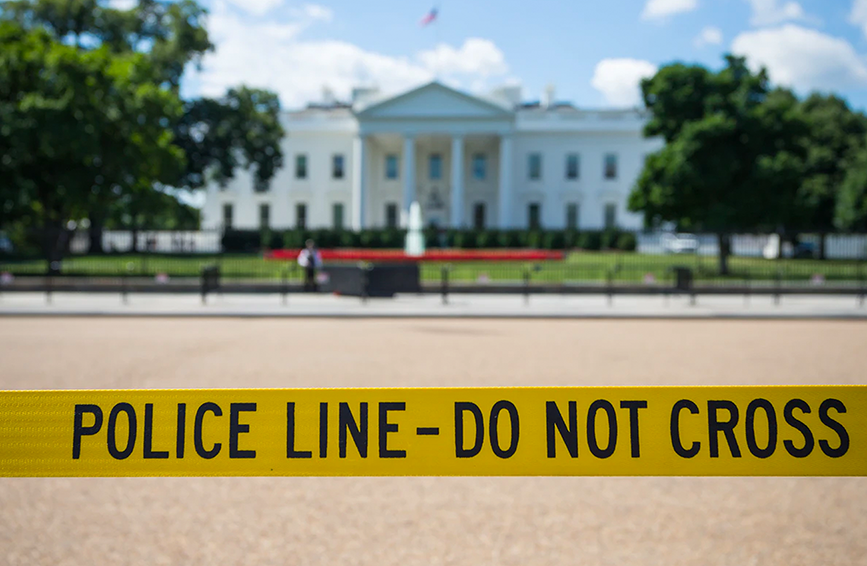 For anyone who clearly recalls the 2016 anointment and later defeat of Hillary Rodham Clinton as the Democratic Party’s Presidential candidate, the last week is beginning to look unfortunately familiar to progressives — aligned with the Democratic Party or not.

Once again, the party’s neoliberal corporatist leadership has closed ranks around a “safe” moderate candidate, thrown the progressive contender under the bus, and demanded unquestioned loyalty, compliance, and silence from the party’s progressive wing.

It remains to be seen if Joe Biden and Kamala Harris can rescue this country from the ravages of Orange Glo — sorry, ravages of Donald Trump (actually, it’s pretty much the same thing). One certainly hopes so. But if they should fail in this existentially critical effort, one can rest assured that the DNC’s root failure cause analysis will identify the cause of failure as… well, this article. As well as any other critiques of the Democratic Party’s leadership, candidates, or unquestioned fealty to the corporatist donor class.

Once again, the fault will be ours, and ours alone, for having failed to shut up and toe the line. The circular firing squad is forming up already. Woe be unto any who do not remove themselves from the line of fire. Progressives will remain in an abusive relationship with a party “spouse” all too happy to remind them that they have nowhere else to go in a two party system in a failed republic.

This is not to say that Kamala Harris comes anywhere close to Clintonesque levels of shortcoming or baggage, or would — in way — not be orders of magnitude preferable to the closeted religious bigot currently carrying out the duties of vice-president. However, this does not preclude the fact that there are those who consider Elizabeth Warren at least equally qualified and better aligned with their own ideology, who have little reason for enthusiasm for the confirmed Democratic ticket — beyond their sincere loathing of the Glowing Orange Despot and his craven momma’s boy sidekick.

Kamala Harris is, indeed, a “cop” — as well as a woman of color of no small accomplishment. It is somewhat telling that the best childish playground nickname the twitterer in chief has managed is merely “Phony Kamala”, combined with the assertion that “suburban moms” will be driven to the Republican standard by either Harris’ liberalism (she has none) or her color — which, in most suburbs I have recently visited, would pretty much go without notice. His surrogates are already engaged in the absurdist effort of trying to paint her as being somewhere to the far left of Angela Davis (oh, if only). It remains an interesting question, one Ms. Harris alone can answer, as to which side she truly takes regarding the months of Black Lives Matter led protest that have occurred in Portland, Oregon and other cities. Does she side with the protesters? Or with the teargas-yielding DHS she regarded, as recently as a year ago, as appropriate guarantors of the security of the upcoming election?

As distasteful as questions such as this may be to the Democratic faithful, they are neither gratuitous nor uncalled-for. Stifling dissent will not win this election. Calls for “unity” from a party establishment that has yet to offer anything in return are both familiar and contemptible.

Only a fool would either sit out this election or fail to do whatever it takes to oust Donald Trump from power. But only a fool would fail to recognize that the Democratic Party has shared ownership of the systemic failure that put Trump in power in the first place.

Now is not the time for partisan division among those who oppose Trump — but it will always be time to speak truth to power, remind power that unhealed divisions remain, and that there are responsibilities that extend past winning elections and appeasing corporate sponsors.

This election needs to be about more than removing a corrupt and incompetent buffoon from office, or Kamala Harris finally breaking the most obdurate glass ceiling in history. This election needs to be about at least acknowledging the long overdue and much needed transformative change in which the Democratic Party has expressed no more real interest than in divisive critiques of their chosen candidates. If Biden and Harris cannot address these issues, they will not be Trump’s victorious opponents, but merely his successors… a minor demographic adjustment to the banana republic business as usual of the formerly United States of America.