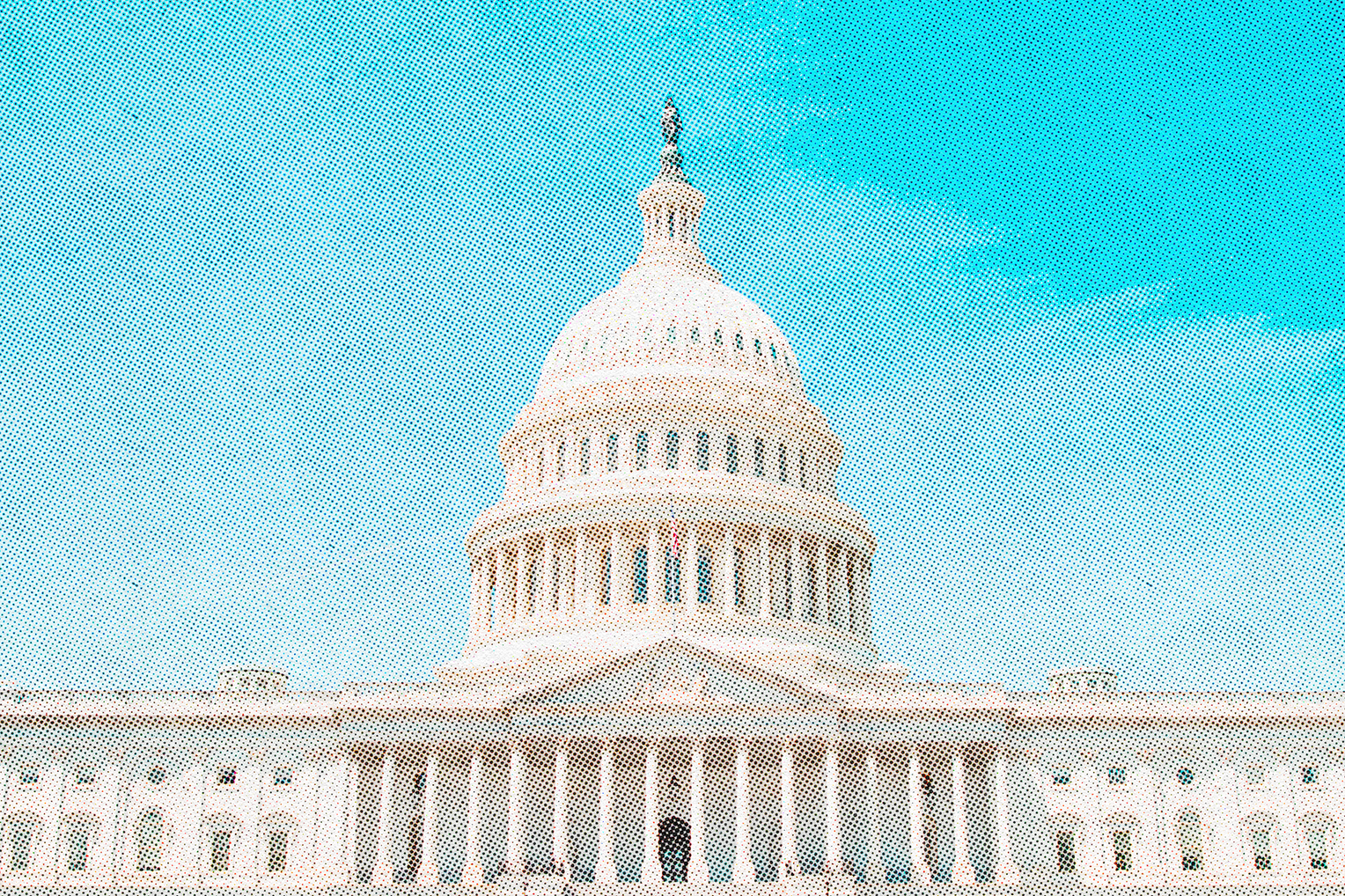 There has never before in American history been a nationwide general strike. But then again, there’s never been a need for one.

Pandemics are not the only thing with an exponential growth curve.

In April, we first considered possible scenarios for the November 3rd U.S. General Election. At that time, the total number of confirmed COVID-19 mortalities in America stood at around 30,000. It currently tops 170,000. At that time, we found a relatively small range of possible scenarios for what was legally and constitutionally possible to affect the outcome of the election.

Even as the U.S. COVID-19 death toll has exploded, so has the range of possible scenarios for what may wind up the most important election in U.S. history. In April, we felt there were legal and constitutional limits to Donald Trump’s ability to act. It is now horribly apparent that the only limits placed upon Trump are what he can get away with.

To date… he has gotten away with a lot. In the aftermath of the epic shitshow that was the Republican National Convention, there are few apparent consequences for the attempted dismantlement of a fundamental Federal institution in advance of a critical election that will depend upon it, or the mishandling of a public health crisis that has (to date) cost forty times as many American lives as the Iraq War. At least there is no consequence within Trump’s reliably vicious “base” and the reliably cowardly Republican Party political establishment. As long as Trump can reliably hate and despise the same people as his followers, his position as leader of his party remains safe.

Whether or not American Democracy is safe from Donald Trump very much remains to be seen, but there are at least a couple of small cases for optimism.

We can start with the strong contrast between the Democratic and Republican National Conventions and party platforms — the contrast is particularly strong with regard to the latter, given that the GOP dispensed with even having a platform. They have no platform, no plan, no direction… except agreeing with whatever cruelty or caprice Donald Trump is most taken with at any given moment. The Democrats, in contrast, have a plan and a platform. You can read it here.

The Democratic Party also deserves kudos for having responsibly conducted an essentially virtual national convention under extraordinarily difficult circumstances — in stark contrast to the super-spreader event that was the RNC finale, which can be expected to follow the pattern, if not scope, of the recent Sturgis annual motorcycle rally. In both cases, the infected will largely be supporters of Donald Trump. Were it not that the infection will spread as well to innocent friends and family… one might almost see karmic justice.

Where there is cause for optimism in this is that Democrats spared very few opportunities in their convention to call out precisely what problems this country faces… or precisely who is responsible. Even though Joe Biden predictably used the dignified circumlocutions of “the current president” and “this president”, those sharing his virtual podium did not (neither, unsurprisingly, did Trump). Regardless of past irresponsibilities that made Trump possible, the Democrats are carrying out their current responsibility as an opposition party — and, at least so far, they are doing so fairly well

That Democrats continue to relegate party progressives to a mere supporting role in platform and policy remains troubling. Circling their wagons around centrist candidates aligned with the party’s core neoliberal values runs almost as much risk of alienating progressives now as it did in 2016. The calculation that alienating moderates is a greater risk is probably correct in the short term. In the long term, it is a strategy that will weaken the party.

It also makes clear how little, in some cases, the party has learned from their mistakes. Twenty years ago, Al Gore conceded rather than risk a constitutional crisis — gifting us in the process with the presidency of George W. Bush. That disaster that made the current presidential disaster all but inevitable. Can we count upon Joe Biden to show the resolve that Al Gore lacked? And is there any way that those of us whose lives depend on the outcome of this election can strengthen that resolve?

The near-decade since the move to Occupy Wall Street places that movement at the very edge of popular memory and imagination. But it is far from irrelevant. And one of the driving forces behind Occupy is once again joining the American political fray.

The Adbusters media collective is Canadian-based (some might say Cascadian), which will disqualify them, in the eyes of Trump’s MAGA-hatted legion of xenophobes, from any stake in the politics of this country — which is, of course, no less absurd than insisting that citizens of Baltic Republics pay no heed to the latest authoritarian excesses of Russia. When you live on the border of a borderline psychotic state with nuclear weapons… you pay attention.

In 2011, Adbusters’ contribution to the borderline psychosis of American politics was a meme that became much more. What started out as a twitter tag and a superb poster became a worldwide movement. This time, the the hashtag is #WhiteHouseSiege — and the initial poster isn’t too bad. What is being proposed is a 50 day sustained siege from September 17 to November 3. For details on this, consult Tactical Briefing #1 and Tactical Briefing #2.

The reason why this is important and deserves support is because we are running out of time and options. There is an increasingly small number of American institutions that can be relied upon to resist Trump.

Trump’s dog whistle rants on the subject of “law and order” are pure catnip to the racist thugs that dominate American Police departments and run American Police Unions. All too many of them will be all too happy to accept Trump’s offer to serve as “poll watchers” — with all too predictable results.

For a preview of Trump carrying forward his claims of a “stolen election”, look no further than the recent addition of “Proud Boys” and other far-right extremists to the ongoing protests in Portland — extremists who are given carte blanche by Portland’s Police Bureau to basically do as they please. Fearing neither teargas nor rubber bullets, they literally take aim at their opponents of the left — who may or may not be returning the favor; in a recent confrontation, a member of alt-right group “Patriot Prayer” wound up shot to death under circumstances currently under investigation.

But as bad as things have gotten on the streets of Portland, Kenosha, Wisconsin, remains the index of just how bad it might get. The victims of 17 year old extremist Kyle Rittenhouse were unarmed, and — unlike Rittenhouse — not looking for a fight. As was the case in Portland, the police literally looked the other way — the Kenosha police chief going so far as to say that Kyle Rittenhouse’s victims were themselves to blame for having exceeded curfew in their protest of the brutal and cowardly police shooting of Jacob Blake.

We cannot count on the police… to oppose that in which they are utterly complicit.

Even though the rank and file of America’s military is just as rife with closeted white supremacists as America’s police, at least the officer class can be expected to understand the American Constitution and the oath they swore to defend it — unlike their current commander in chief, who swore and routinely violates the same oath. But they can only act on order from civilian authority.

And ensuring they receive those orders… is up to us.

That’s why #WhiteHouseSiege is a good idea, but only a start. Unless we are very, very, lucky… this does not end on the 51st day after September 17. And laying siege to the White House alone will not be enough. We may have to lay siege to the entire country, starting with the economy. There has never before in American history been a nationwide general strike. But then again, there’s never been a need for one.

On November Fourth… that may all change.

We all need to vote like our lives depend on it — because they do. And we all need to vote responsibly. It is delusional nonsense to suppose that any of us have the luxury of sitting this one out, or assuming that living a solidly red or solidly blue state grants the luxury of voting for the Greens, the Libertarians, or the American Zombie Party. Only if Trump is repudiated by overwhelming numbers will Trump’s opposition find the backbone to persevere where Gore faltered. Anything short leaves us at risk.

But if voting isn’t enough to remove Trump from power, it is equally delusional to suppose that he’ll relinquish it willingly in another four years (he has already hinted otherwise), or that there will be very much left of the American Republic by then… whether he leaves office or not. If “Occupying” the election isn’t enough, only one choice remains.

We shall either “Occupy” America. Or we shall lose it. 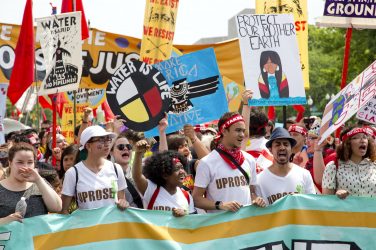