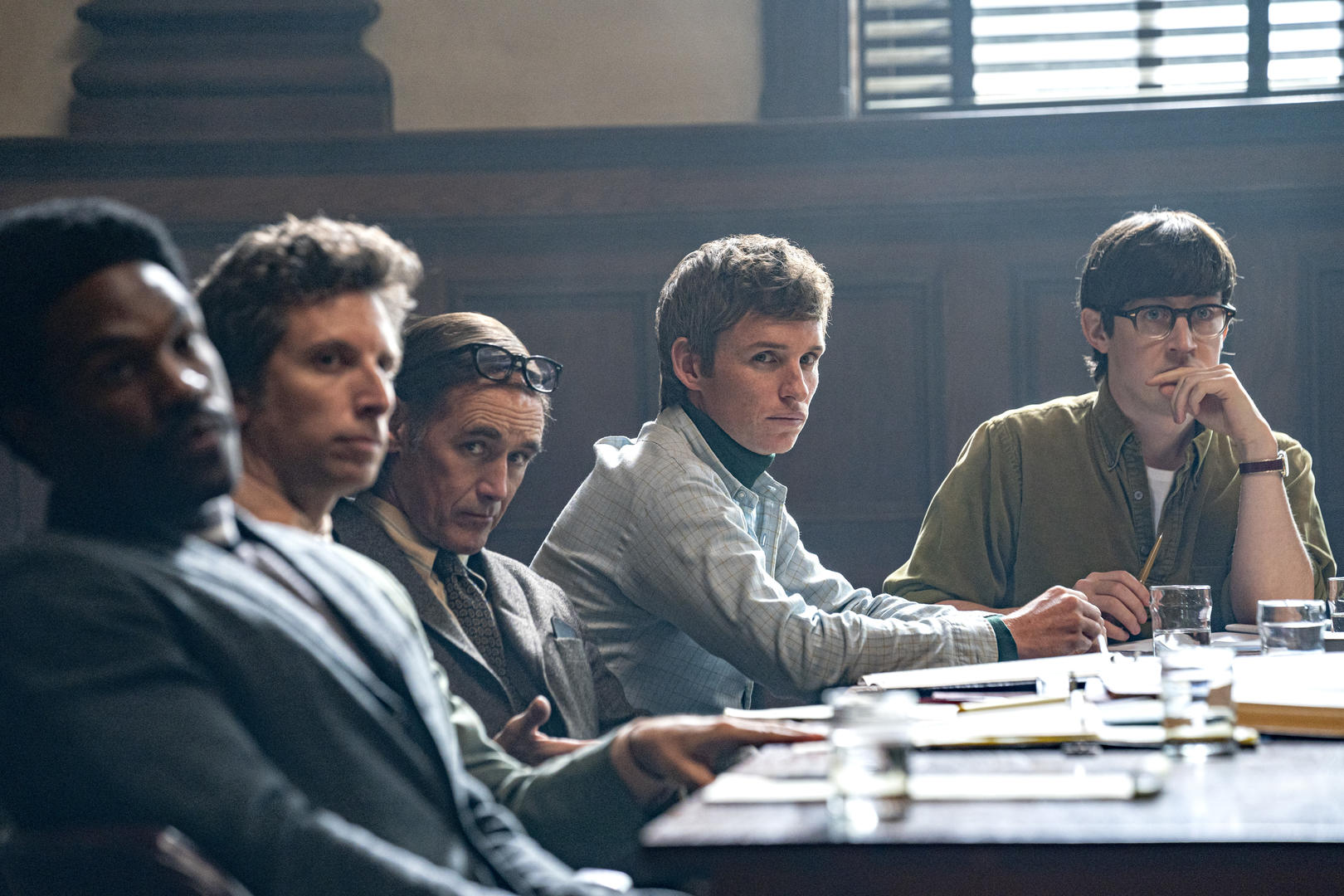 Sorkin can handle the truth.

One of the things I miss most about movie going is hearing the laughs and groans of other people in the audience. It’s a common bond that unites the spectators. Someone laughed at the same time that I did so what I think is funny must be funny.

Movie criticism has become people reviewing films from their couches for people watching movies on couches. That is not what I am offering which might seem a bit strange since one of the films we’re talking about this week is a Netflix film slated for streaming in mid-October.

“The Trial of the Chicago 7” gets the Aaron Sorkin treatment, which is to say that the movie is cleverly written with character flourishes so well thought out you could tell who’s speaking with your eyes closed.

The historic facts speak for themselves and are readily available to anyone willing to do research. The trial in the aftermath of the 1968 Democratic Convention lumped together members of the SDS (The Students for a Democratic Society); Yippies (The Youth International Party); The MOBE (The National Mobilization Committee to End the War in Vietnam); along with The Black Panthers and tried them under a new law designed to persecute “outside agitators.”

While select parts of the film have a tinge of docudrama other sections deal with full-fledged film fantasy. The uplifting ending moves masterfully from thoughtful speechifying to a practically animated courtroom meltdown that wouldn’t be out of place in “And Justice For All.”

Despite occasional grandstanding on Sorkin’s part there’s a theme on display that deals with the government’s ability to punish its most articulate critics, then as now.

Don’t wait to enjoy this spectacle on your television (Netflix premiere date is October 16) but rather consider experiencing it in a theater where you can luxuriate in a common progressive appreciation of the talent on display in all categories.

Interesting side note: Abbie Hoffman, who comes off as the main character in what is essentially an ensemble cast, committed suicide in 1989. In 1987 while working on a film being shot in Houston I was returning to the set around 3 am. with the call sheets for the next day. I was stoned and listening to Hoffman being interviewed on a popular late night talk radio show hosted by Larry King. I got pulled over for speeding and the radio was blasting a Hoffman screed about marijuana. The cop sighed and asked me to turn the radio down. Seeing as how I was working on a film that was bringing in money to the city I got let off with a warning, or maybe it was just some of the Hoffman oratory that brought a little magic to that night.

“The Trial of the Chicago 7” opens exclusively this Friday, October 2 at select venues in Houston, including the Landmark River Oaks and the Alamo Drafthouse LaCenterra.