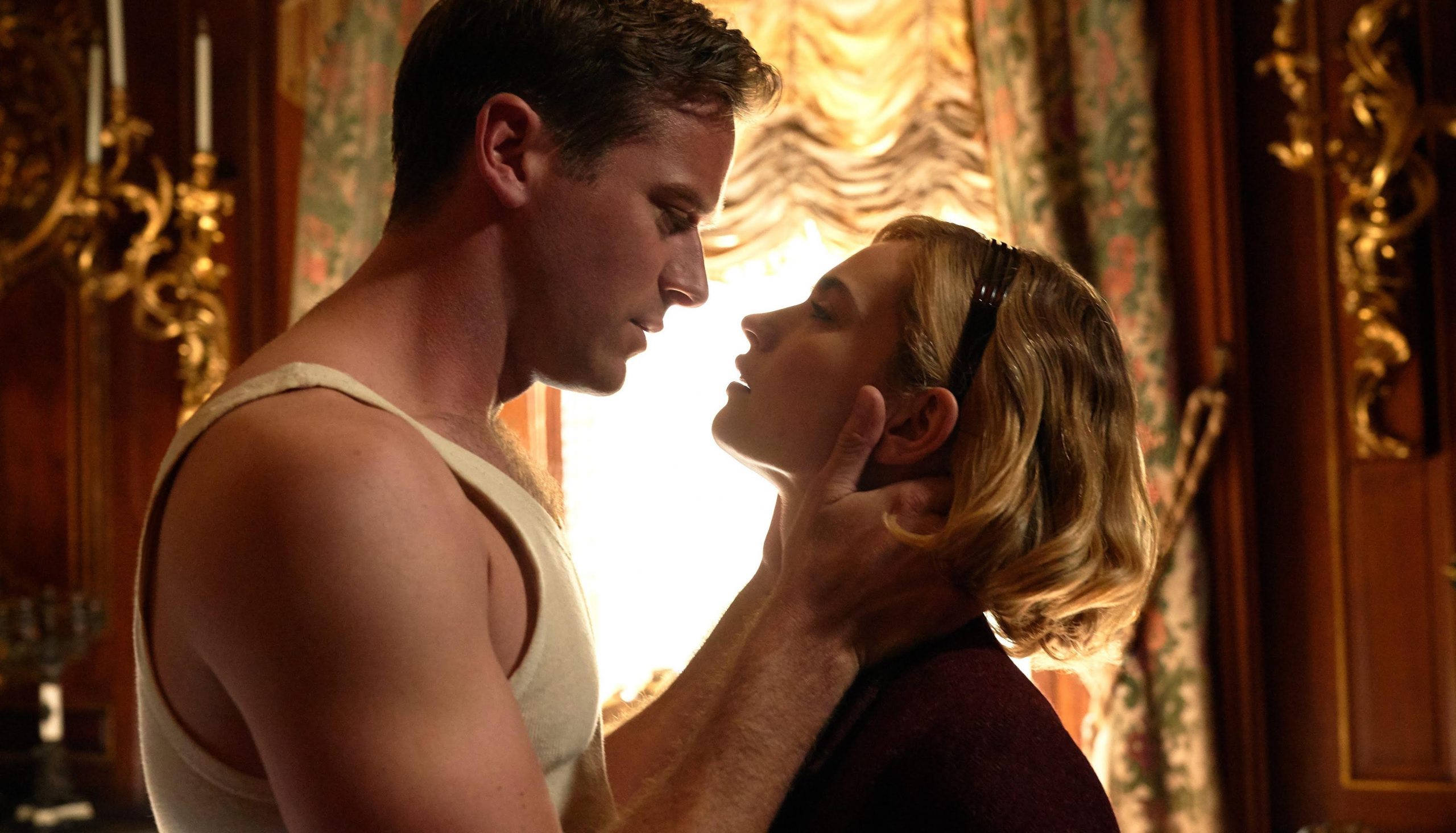 Netflix will own this year’s accolades with a slate that includes David Fincher’s ‘Mank,’ the Ron Howard helmed ‘Hillbilly Elegy,’ the Sophia Loren starring ‘The Life Ahead’ as well as the Chadwick Boseman vehicle ‘Ma Rainey’s Black Bottom’– itself based on August Wilson’s Pulitzer Prize winning play.

2020 will be recalled for many things the least of which is the way it changed cinema habits forever.

But at least the Woodman got his newest, albeit a year old, movie in theaters mere weeks before its Blu-ray release.

“A Rainy Day in New York” simply soars with a kind of romantic wonderment that people experience when confronted with something new, unpredictable and a bit exciting.

Lead Timothée Chalamet performs the noble duty of being the Woody stand-in, not unlike, say, John Cusack in “Bullets Over Broadway,” Kenneth Branagh in “Celebrity,” Owen Wilson in “Midnight Over Paris,” Jason Biggs in “Anything Else,” along with others. But it’s a trio of women who give performances that elevate the film to upper-tier Allen.

On a side note, it was a shame to see some actors dissing Allen or like Chalamet did during his “Call By Your Name” press tour completely throwing him under the bus. In the politically correct manner dictated by the then just emerging Me-Too movement, all transgressors were guilty even if their transgressions were not so clear.

Ironically, some of Allen’s most unique films from the mid-to-late-1990s were distributed by Harvey Weinstein through Miramax and remain among the hardest titles to find on physical media. This certainly is not meant as praise for Weinstein so much as the fact that Miramax, followed by Fine Line, October Films, Sony Pictures Classics, and a couple of other distributors, set the standard in the 1990s for the kind of exclusive cinematic engagements (small release patterns sustained by word of mouth) that propel an indie release like “A Rainy Day in New York.”

Gatsby Welles (Chalamet) and his girlfriend Ashleigh (Elle Fanning) travel from their up-state college to New York City where he will avoid his rich parents and she will interview a famous film director Roland Pollard (Liev Schreiber). Complications ensue as Welles reignites with a former girlfriend’s sister (Selena Gomez) and Ashleigh attracts the adoration of Pollard, his writer Ted Davidoff (Jude Law) and international star Francisco Vega (Diego Luna).

What makes Allen films distinct is the way he repeats neurotic riffs from the past to the present. In a way all of his characters in his dozens of films are adverse to tics but welcome the mingling of grape and grain. Some of the lines in “A Rainy Day in New York” are right out of his autobiography that was published earlier this year and it’s obvious he was writing both at the same time.

Gomez in particular comes across with a strong attitude and sense of worth, stealing every scene she’s in. Fanning expertly plays a klutz whose beauty gets her into situations where she can play off her bungling with comic repartee and fast thinking. The bombshell though is Cherry Jones as Mrs. Welles who in a single scene lays down the law to her errant son. Jones jolts the film with amazing energy and then is gone; you have to wonder what the film would’ve been with her in the lead.

Lensing by Vittorio Storaro gives the film a sheen befitting a grey day where the sun is constantly bursting forth.

“A Rainy Day in New York” begins an exclusive stay starting this weekend at the River Oaks Theatre in Houston, Tx.

Not a traditional studio by any means, Netflix has weathered the closing of movie theaters while establishing alternative revenue. Some of their films will play in theaters but with only a limited window of a couple of weeks before launching on the streaming platform. As far as awards season (which the Academy has extended until February 2021 and which also includes movies that bypass theaters completely) Netflix will own this year’s accolades with a slate that includes David Fincher’s “Mank,” the Ron Howard helmed “Hillbilly Elegy,” the Sophia Loren starring “The Life Ahead” as well as the Chadwick Boseman vehicle “Ma Rainey’s Black Bottom” itself based on August Wilson’s Pulitzer Prize winning play.

Then there’s “Rebecca” a period drama that’s more of a faithful adaptation of the Daphne Du Maurier novel than a remake of the Hitchcock film of the same name.

The bar is set too high. Ben Wheatley directs with a sense of the repressive decorum of upper class society as it existed between the wars but there’s no way the film will replace the 1940 version. On the other hand Wheatley has credentials of cool independent titles that have attracted a cult following. Wheatley is kind of like the Edgar G. Ulmer of the new millennium having turned out genre movies as diverse as “High-Rise,” “Sightseers,” and “A Field in England.”

Mainstream pap, which is to what the new “Rebecca” aspires, is not Wheatley’s forte.

Another distributor, Well Go USA, has established a presence in the market with Asian films. Occasionally they handle an indie film and this week they release the totally original “Synchronic.”

Directed by Justin Benson and Aaron Moorhead, who have their own following based on their recent films that have mostly been regulated to film festivals and the Alamo Drafthouse circuit, the film defies easy description.

It’s a time travel paradox wrapped in a police procedural set in NOLA. Anthony Mackie and Jamie Dorman investigate the properties of a new street drug before themselves being pulled into the thrall of its mystery.

The plot of “Synchronic” has no relation to a recent Netflix sci-fier “Project Power,” but the street drug tie-in makes it seem likely there’s a conscious unconsciousness being bandied about.