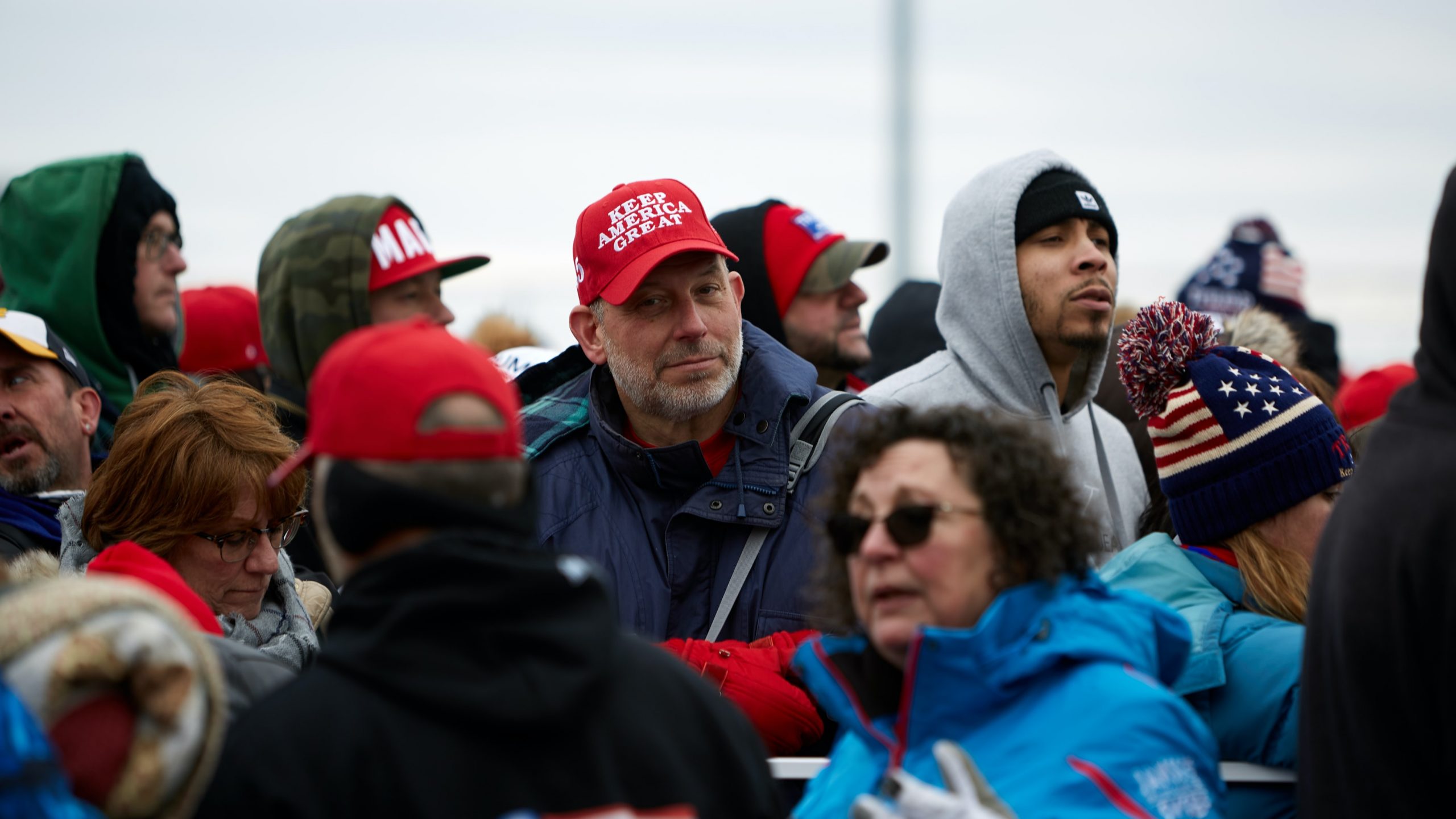 Trump’s rallies have played host to a chant of ‘Twelve more years!’– unironically shouted by his supporters in defiance of the system as we know it.

As the American landscape buckles from massive demographic shifts, many a political commentator have rung the alarm bell that alerts us to the presence of a fascistic ideology  taking root.  Taken root it has, and not just in the fetid soil of Washington DC — the Republican party has become, as former White House insider Steve Bannon warned; “the Party of the lower middle class.” Formerly a glittering who’s who of business magnates and well born Georgetown grads, the party has relented to the constant elbowing from a seedy K street underbelly of consultants and policy analysts, making room for a rough hewn cast of characters that include nazi sympathizers, Christian reconstructionists and other political miscreants.  Steve Bannon, a ‘World of Warcraft’ gold-farming multimillionaire with Seinfeld production credits cum fascist apologist and a public proponent of a sort of fascist occultism, entered the White House with Donald Trump in an unprecedented win for the farthest fringe of ultra right wing political aspirants.   With hard boiled far righters at the helm, an alarmingly authoritarian ideology has trickled down to the Republican voter base.

Fascism is not a novel force in Western democracies; in Central and South America they move in on fledgling socialist governments with swift force, and take the reins of power more often than not in Eastern European countries struggling with the implications of multiculturalism. But in America, the spectre of fascism has been long regarded as a ghost that haunts only the fragile governments of foreign lands, despite a girthy vein of protofascist populism lurking beneath the surface of mainstream right-leaning politics. Most pundits are content to limit their concern to a rise of ‘populism’, an ideology defined by the common reactionary impulse of the working classes.  This generous misidentification fails to take into account the anti-democratic splinters of thought which have worked their ways into the flesh of the system.

Fascism is, above all things, obsessed with politically expedient tactics that will allow for the infiltration and disintegration of big ‘L’ Liberalism. Chief among those tactics is willfully duplicitous propaganda passed along to the true believers as a basic political  truth.  Whereas the average working class reactionary may be unaware of the deceitful nature of his propaganda, the puppet masters pulling strings from above are often well aware. Take for instance the mockery hurled at Clinton supporters after the 2016 election: democrats endured humiliation at the hands of Trump supporters who held fast to the claim that democrats had pitifully mismanaged their campaigns and woefully underestimated Donald Trump as a contender for the presidency.  Contrast that political event with the current rallying cry from the right not only to stop the vote counting process in order to secure a win for the incumbent president that they had so championed as the legitimate victor of a democratic election only four years prior.  In much the same vein, Trump’s rallies have played host to a chant of ‘Twelve more years!’; unironically shouted by his supporters in defiance of the system as we know it.  The political expediency of fascism rests upon a foundation of such deceit; whereas it was once expedient to proclaim the virtue of democratic elections, it is now expedient to deride that same process as corrupt to the point of uselessness.

Anti-intellectualism is also a familiar stomping ground for fascists. As actions against the rights of minority populations grow more brazen, the intelligentsia unify around a platform of anti fascist speech.  Much like the ‘Lugenpresse’ (“lying press”) of Hitler’s Germany, Trump has directed his supporters to channel their anger towards an ever expanding list of enemies that  has grown to include every major media network in the Western world.  Facing the ire of common reactionaries for joining the Associated Press in  declaring victory in Arizona for Biden, even Fox News has found itself on the outs of a Trump White House.  Fascism despises intellectualism because unlike nearly every other political ideology entertained by the West at a certain time or place, it cannot lay a claim of continuity tied to  a philosophical tradition.  It is an orphan even among it’s rightwing ideological lookalikes; an island of fervent nationalism wandering vagrant and rootless in the political soup.

In the fascist mind, only the purest ideology escapes the liberalist tool of analysis. It is, in its purest form, reaction without introspection. Because it relies upon a reaction to external political conditions to define itself, it lends itself to the impulsive, the reckless, and the ill-advised.  For this reason perhaps more than any other, fascism is a serious threat to the American way of life.  Whereas traditional venues of political resume building rely upon an architecture of hierarchical controls and reputation trust, fascist governments place loyalty as the highest value that can be satisfied in its political operatives, and it rewards blind loyalty with unfettered access to power.  Much like the disaffected bookmakers and janitors that rose in the ranks of Nazi power structures to become High Chancellors of the Reich, Trump’s political cabinet has opened itself to those whose political resumes are glaringly absent of the prerequisite skill or experience that leads one to the White House.  Not only has the table been set for shady characters, but their inclusion comes at the price of unwavering and complete loyalty lest they be sent back to whatever third rate think tank they’d left to join the new power elite.  And much like those in control of the Third Reich dug in their heels knowing they’d face trial after absconding from the political morass that had grown from their misdeeds, so Trump’s cabinet have committed themselves to absolute political expediency….lest they never work again.