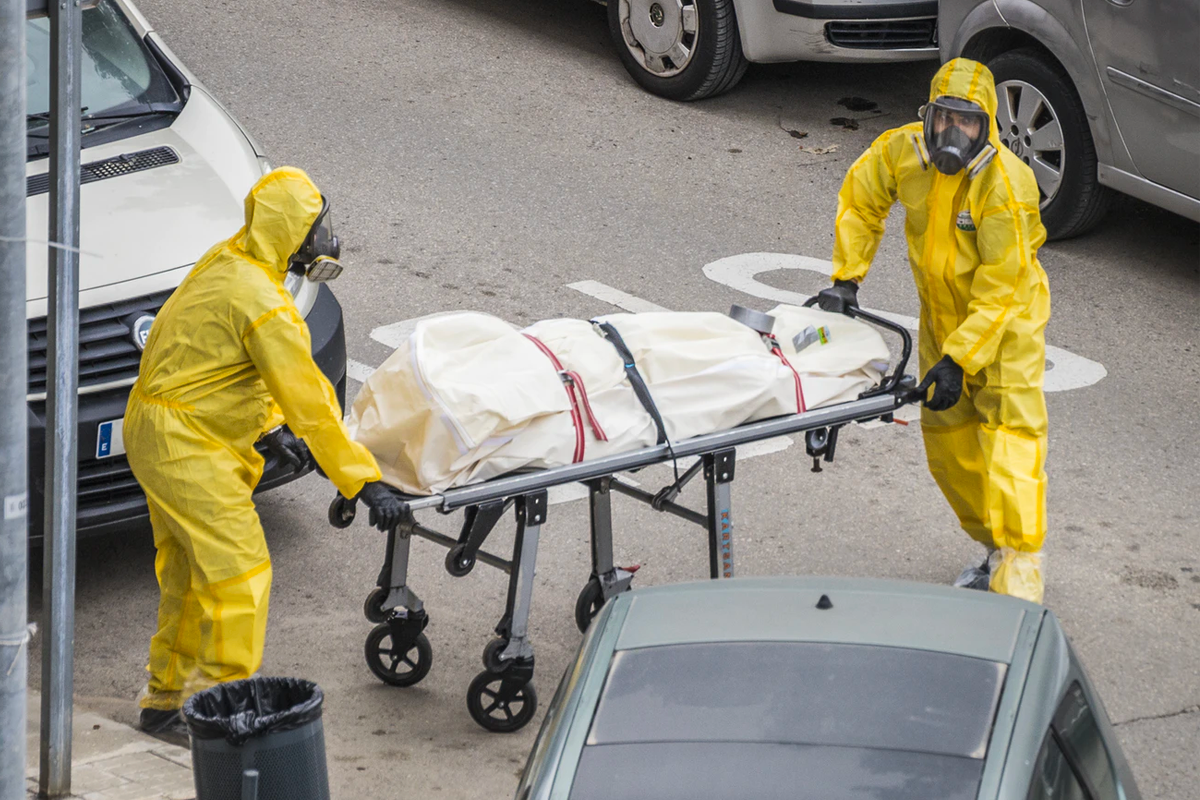 Realism must precede optimism or the optimism will collapse as the tsunami of reality comes ashore.

It’s time to prepare materially and psychologically for a winter unlike any other in our lifetimes.

1. The stock market and the general zeitgeist of optimism have soared based on expectations that the real-world economy and efforts to suppress Covid would also track a V-shaped recovery.

While GDP did make a V-shaped recovery, GDP (gross domestic product) is a measure of flows and consumption, not a measure of the socio-economic “balance sheet.” GDP measures the money flowing through accounts but not the “assets” of a functioning society: functional institutions and infrastructure and the well-being and security of the citizenry.

Simply put, GDP doesn’t measure what’s important; it creates destructive incentives to squander resources and borrow staggering sums to support more consumption. This systemic flaw in what we measure has long been recognized by mainstream economists such as Joseph Stiglitz. Measuring What Counts: The Global Movement for Well-Being (Joseph E. Stiglitz et al.)

So the recovery of GDP doesn’t mean the real-world economy has been restored to pre-Covid settings. GDP is a deceptive metric that’s masking a free-fall in our well-being, security and social cohesion.

2. Just as GDP is a deceptive measure of the economy, counting Covid fatalities is equally deceptive: a declining death count is good news, of course, but that ignores the other effects of Covid, particularly organ damage and “Long-Covid” debilitation, not just in people with pre-existing conditions and the elderly but in healthy middle-aged and even some young people.

As this article from the University of California – San Francisco (UCSF)–one of the world’s top healthcare research centers–explains, this is the result of Covid being a hybrid virus. Initially it was thought to be a respiratory virus like influenza, but it is now clear that Covid infects and disrupts many other systems in the body–endothelial, digestive, the heart and other organs. We Thought It Was Just a Respiratory Virus: We were wrong.

What We Know So Far about How COVID Affects the Nervous System (scientificamerican.com)

The precise pathways and mechanisms of these long-term consequences are under intense study. Initial estimates are that about 1 in 20 people who came down with Covid are suffering some long-term consequences. These consequences–for example, damage to the heart–are typically only identifiable by exams and tests: superficially, the damage is not visible.

What is known is that Long-Covid affects females more than males, it affects otherwise healthy people who were previously fit and active, and tens of thousands of people have reported long-term symptoms of extreme fatigue, brain fog, etc.

There are no treatments yet and the prognosis is cloudy. There is no clarity yet on how long these problems may last or if damage to organs is permanent.

So the percentage of people dying from complications of Covid may not be the number that most accurately reflects the disease’s toll: the number of people with Long-Covid might be the more accurate reflection of the toll and the seriousness of the challenges ahead.

3. Many see herd immunity as the eventual solution to Covid. History suggests this isn’t as neat and tidy as many expect. The first wave of a novel pathogen may appear to reach herd immunity, only to re-emerge a few years later with renewed contagious vigor.

While it’s far too early to reach any definitive conclusions, preliminary evidence suggests natural immunity might decay within 6 months. This is supported by documented cases of re-infection, and in some cases the second infection is much worse than the initial infection. What reinfections mean for COVID-19 (The Lancet)

This evidence suggests herd immunity might not be the solution many expect.

Herd immunity is reached around 60% or higher, which suggests 200 million Americans would need to be infected to reach herd immunity.

4. The death rate for Covid is low for the entire populace, but it rises sharply for those with pre-existing conditions such as metabolic disorders (diabetes, pre-diabetes, etc.) and age (over 65).

A recent study on at-risk patients (ages 60 to 72) in 38 hospitals found about 30% had died within 60 days.Sixty-Day Outcomes Among Patients Hospitalized With COVID-19 (Annals of Internal Medicine)

There is obvious overlap in these categories–people may be diabetic at age 70–but even with the overlap, these at-risk populations are roughly half the entire population (165 million people).

As this article from Nature.com explains, the infection fatality ratio (IFR) rises from near-zero for young people to 3.1% for 65-74 year olds and 11.6% for those 75 and older. The coronavirus is most deadly if you are older and male — new data reveal the risks (Nature.com)

According to this report from the American Diabetes Association, the data from early reporting indicates the death rate for those with diabetes was 7.3%.

As a thought experiment, let’s apply these death rates to at-risk populations at the “herd immunity” minimum of 60% of the populace:

This adds up to 3.3 million deaths without even counting any deaths in the populace younger than 65 or among the 88 million people with metabolic disorders.

The data suggests that 200 million infected people (60% of the U.S. population) would lead to about 3 million deaths and 10 million cases of Long-Covid.

Let’s say better treatments and self-isolation will cut the deaths to 2.5 million. That would be extremely positive, but what about the Long-Covid cases? The system has yet to even start collecting comprehensive data. Thus many of the eventual consequences and costs will remain unknown.

Hospitalizations and deaths are trending upward.

Yet experts warn that the variability may simply end with the virus resurging to high levels across the entire country. “I don’t see any location in the United States that’s going to be free of a major increase in cases,” he said. “And I think we’re just getting started.”

When high case counts emerge in communities, the spillover to surrounding populations is rapid, Dr. Osterholm said. The situation, he noted, can be likened to a “coronavirus forest fire.”

“A forest fire never burns evenly everywhere,” he said. “But if the embers are still around, they ignite again and then that area does burn eventually. And I think that that’s what we’re seeing here.”

“We’re going to see much less evidence of regionalization of this virus over the course of the next several weeks,” said Dr. Michael Osterholm, an infectious diseases expert at the University of Minnesota. “I think this is going to ultimately end up being an entire country on fire.”

6. If you look at the chart of hospitalizations, the healthcare system in many locales was experiencing extreme stress at 60,000 hospitalizations, and so the rise above this level could trigger second-order effects which could cascade into a breakdown.

As this report from the CDC explains, a significant number of healthcare workers have been infected and hospitalized, and many died. COVID-19–Associated Hospitalizations Among Health Care Personnel (CDC)

Should the number of healthcare workers who contract the disease or burn out due to extended shifts and exhaustion rise beyond a certain point, the ability to provide care from everyone who is seriously ill may become severely impaired.

If either of these limits are reached, death rates may rise as patients are unable to get all the care they would have received had cases and hospitalizations not exceeded the capacity of the system.

Note the almost exponential rise in cases being reported. We can anticipate a surge in hospitalizations, deaths and spread to older populations in the weeks and months ahead.

8. Vaccines: I provided an analysis and numerous links on the many uncertainties surrounding vaccines in Everything You Don’t Want to Know About Covid Vaccines (Because You Can’t Be Bullish Anymore) (November 11, 2020)

Covid-19 Vaccine Protocols Reveal That Trials Are Designed To Succeed (Forbes.com) by William A. Haseltine

The projections presented here are basic math, yet few seem to have done the simple math, perhaps because the results are sobering and don’t fit the desired “optimism.”

Realism must precede optimism or the optimism will collapse as the tsunami of reality comes ashore.

No one knows the future, but current trends suggest all the euphoric expectations of a fast, painless recovery were tragically misplaced.

Here is the chart I prepared a week after Covid-19 hit the news in late January. Reality has been tracking my first-out-of-the-gate projection with remarkable coherence.