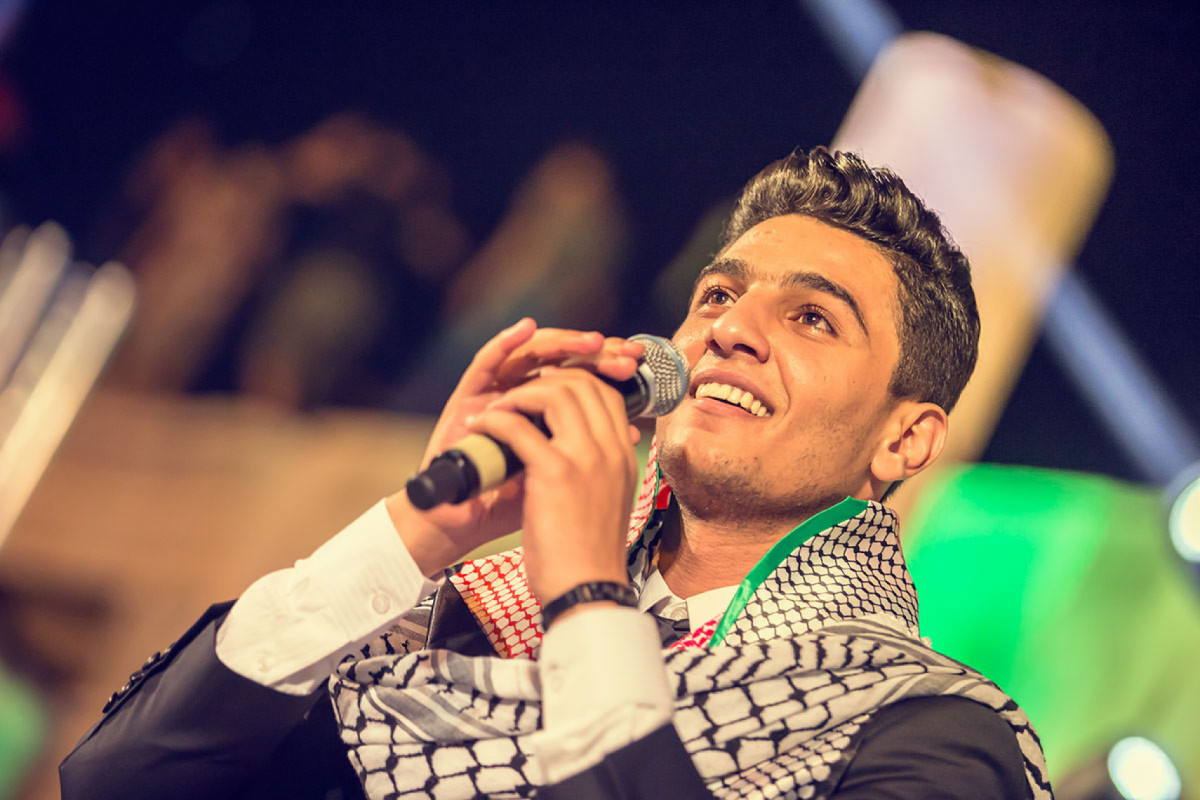 On October 16, Avi Dichter, Israeli Member of Parliament from the right-wing Likud Party, announced that Assaf’s special permit to enter the occupied Palestinian West Bank would be revoked.

Assaf, originally from Gaza, now lives with his family in the United Arab Emirates. He achieved stardom in 2013, when he won the ‘Arab Idol’ singing contest. His winning song, “Raise your Keffiyeh”, represented a rare moment of unity among all Palestinian communities everywhere. As the audience, the judges and millions of Arabs danced along when Mohammed took center stage in Beirut, Palestinian culture, once again, proved its significance as a political tool that cannot be disregarded.

Since then, Mohammed has sung about everything Palestinian: from the Nakba – the catastrophic loss of the Palestinian homeland – to the Intifada, to the pain of Gaza to every Palestinian cultural symbol there is.

Assaf was born and raised in the Gaza Strip. Here, he experienced Israel’s military occupation first-hand, several deadly Israeli wars, and, of course, the ongoing siege. Both his parents are refugees, his mother from Beit Daras and his father from Beir Saba’. The young man’s ability to overcome his family’s painful legacy, yet remaining committed to the cultural values of his society, is worthy of much reflection and praise.

Dichter’s announcement that Assaf would be barred from returning to his homeland is not as outrageous as it may appear. Israel’s war on Palestinian culture is as old as Israel itself.

Throughout the last seven decades, Israel has proven its ability to defeat Palestinians and whole Arab armies, as well. Moreover, Israel, with the help of its Western benefactors, succeeded in dividing Palestinians into rival groups, while breaking down whatever semblance of Arab unity on Palestine.

Even geographically, Palestinians were divided and isolated into numerous little corners in the hope that each collective would eventually develop a different set of aspirations based on entirely different political priorities. As a result, Palestinians were holed in besieged Gaza, in segregated zones in the West Bank, in East Jerusalem, in economically marginalized communities within Israel, and in the ‘shataat’ – diaspora.

Even diasporic Palestinians, some made refugees multiple times, subsisted in political environments, over which they exercise very little control. The Palestinians of Iraq, for example, found themselves on the run at the onset of the American invasion of that country in 2003; the same happened in Lebanon prior; in Syria later on, etc.

Israel’s incessant attempts at destroying Palestine, in all of its representations, moved from the material sphere to the virtual one, pushing to censor Palestinian voices on social media, removing the reference to Palestine from Google Maps and even from airline menus.

None of this was random, of course, as Israeli leaders understood that destroying the tangible, actual Palestine had to be accompanied by the destruction of the Palestinian idea – the set of cultural and political values that give Palestine its cohesiveness and continuity in the mind of all Palestinians, wherever they are.

Since culture is predicated on myriad forms of expression, Israel has dedicated much energy and resources to eliminate Palestinian cultural expressions that allow Palestine to exist despite the political division, Arab disunity and geographic fragmentation.

There are numerous examples that amply demonstrate Israel’s official obsession with defeating Palestinian culture. As if the physical erasure of Palestinian in 1948 was not enough, Israeli officials are constantly devising new ways to erase whatever symbols of Palestinian and Arab culture that remain in place.

In 2009, for example, Israel’s right-wing government began the process of changing the names of thousands of road signs from Arabic to Hebrew. In 2018, the openly racist Nation-State Law degraded the status of the Arabic language altogether.

In an official lettersent to Israel’s first Interior Minister, Yitzhak Gruenbaum, the latter was tasked with swapping the names of newly depopulated Palestinian villages and regions with Hebrew alternatives.

“The conventional names should be replaced by new ones … since, in an anticipation of renewing our days as of old and living the life of a healthy people that is rooted in the soil of our country, we must begin in the fundamental Hebraicization of our country’s map,” the letter said in part.

Soon after, a government commission was assembled and entrusted with the task of renaming everything Palestinian Arab.

Another letter written in August 1957 by an Israeli foreign ministry official urged the Israeli Department of Antiquities to speed up the destruction of Palestinian homes conquered during the Nakba. “The ruins from the Arab villages and Arab neighborhoods, or the blocks of buildings that have stood empty since 1948, arouse harsh associations that cause considerable political damage,” he wrote. “They should be cleared away.”

For Israel, erasing Palestine and writing the Palestinian people out of the history of their own homeland has always been a strategic endeavor.

Fast forward to today, the official Israeli machine remains dedicated to the same colonial mission of old. The agreement signed in 2016 between the Israeli government and the social media platform, Facebook, to end Palestinian ‘incitement’ online is part of that same mission: silencing the voice of the Palestinian people at any cost.

Palestinian culture has served the Palestinian people’s struggle so well. Despite Israeli occupation and apartheid, it has given Palestinians a sense of continuity and cohesion, attaching all of them to one collective sense of identity, always revolving around Palestine.

Israel’s announcement to bar a Palestinian singer from returning, thus performing to other Palestinians under occupation is, from an Israeli viewpoint, not outrageous at all. It is another attempt at disrupting the natural flow of Palestinian culture, which, despite the loss of Palestine itself, is as strong and as real as it has always been. 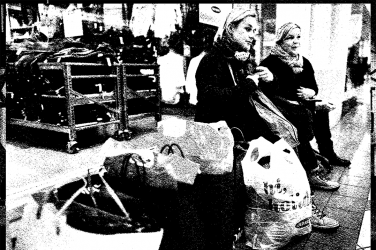