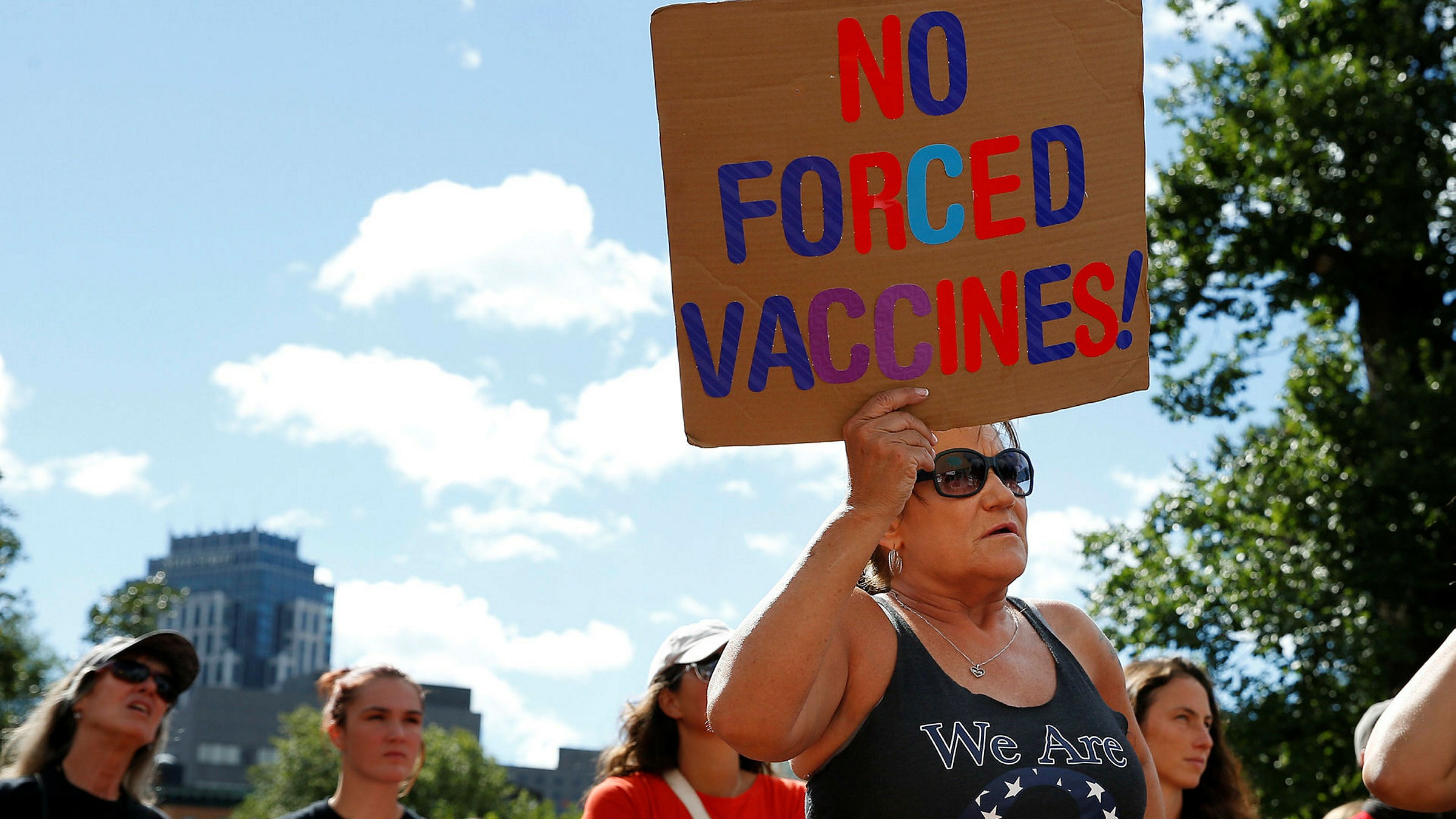 Two separate streams of willfully ignorant selfishness in American culture are about to intersect; anti-mask and anti-vaxx. That intersection will be the epicenter of a perfect storm of stupidity — one that may obliterate us all.

One of these streams has been with us for a while. There has been resistance to vaccination from its very inception as public health policy. In recent years, this movement has grown, spurred by Internet-spread pseudoscience linking vaccination to — among other things — the proliferation of autism. Such claims are utterly without true scientific merit, but the embrace of such pseudoscience has led to an increased incidence over the last ten years of childhood diseases once thought virtually eradicated — diseases that can have lethal consequences when contracted by adults.

In 2019, the World Health Organization identified the “Anti-vax” movement as one of the top ten global public health threats. While mandated vaccination policies have achieved some measure of success in countries like Australia (which, perhaps not coincidentally, has also been able to control the spread of assault weapons), such common sense public health policies in the United States are incapable of overcoming misinformation, selfishness, and an absurd and absolutist concept of “civil liberties”.

Which, of course, leads to the other and more recent stream of willfully ignorant selfishness.

Just as there is no scientific basis for resisting vaccination, there is likewise no scientific basis whatever for doubting the effectiveness of wearing masks in public to inhibit the spread of airborne pathogens — and equally little basis for regarding the refusal to do so in the midst of a pandemic as anything other than grossly selfish irresponsibility. Nonetheless, this irresponsibility persists — in no small part thanks to its equally irresponsible politicization by one of the most grossly selfish individuals to have ever held American high office.

Just as Donald Trump barricades himself in a White House he will either vacate voluntarily or be removed from in little over a month, in continued and increasingly irrational denial of his electoral repudiation by the American people, so as well do his largely ill-educated followers insist it is their “right” to place others at risk by way of refusing to wear a mask. Thanks as well to the equally misinformed insistence of Americans across the political spectrum to engage in normal holiday travel in these most abnormal times… the spread of Coronavirus across the United States is now effectively out of control. Luckily, great progress has been made in the development of vaccines that show great promise in inhibiting the spread of the disease.

We are no more likely to see COVID-19 vaccinations mandated in the United States than we have been able to mandate vaccination as public health policy for anything. Any attempt at doing so by the incoming Biden administration will almost certainly make worse the equally certain political backlash his party will face in the 2022 midterm elections. The same network of political donors and bad-faith media groups that made possible a “Tea Party” movement that all but paralyzed the first-term Obama administration… are still with us. Their intentions have not improved, they will be joined this time by a former U.S. president who has made plain that he intends to remain in the public spotlight no matter what cost might be accrued to the public itself.

If there is resistance to Coronavirus vaccination, these bad faith actors can absolutely be counted on to politicize that resistance in the same appallingly selfish and spiteful way they politicized resistance to public masking — the anti-vax movement has already done most of the work for them. Only this time… the consequences are even greater.

It is no exaggeration to describe the current pandemic as an existential threat to our culture, our political unity, and our civilization. In the face of this threat, we no longer have the luxury of living in insular bubbles of alternative fact. We do not have the luxury of public policy that ignores science. The “perfect storm of stupid” is not inevitable — there is still time for effective leadership and an informed public to prevail. But if this fails to happen… the consequences of that storm of ignorance, vanity, and selfishness are very inevitable — and very lethal.