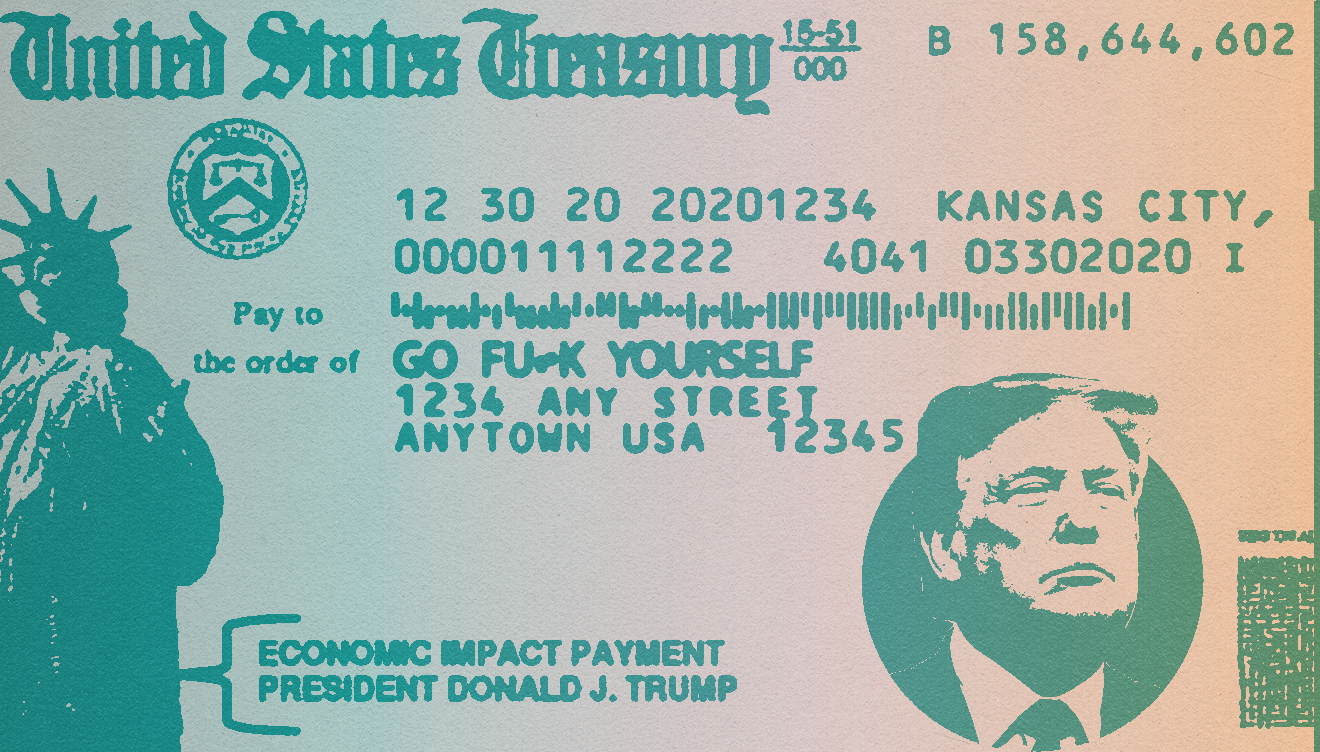 Donald Trump’s 11th hour disruption of COVID-19 relief legislation he ignored during the months it was in negotiation is not just a dereliction of his duties as president. It is every bit as much an act of spite, malice, and revenge as any other act of domestic terrorism.

Two terrorist actions occurred over the end of year holiday to remind us all how critically vulnerable we all are in these uncertain times. Neither act, for differing reasons, is being described as “terrorism”. But in both cases, the terroristic intent is clearly visible.

Let us begin with Nashville. Determining Anthony Quinn Warner’s identity from the recovered VIN and recovered human remains at the site of the Christmas day explosion that ended his life was a relatively simple, quickly executed exercise in investigative forensics. Determining what led him to act as he did will be neither simple or quick.

A self-employed “IT consultant” with a history in small business security systems, it is not at all unlikely that Warner had a fair idea of the damage that would result from dedonating an RV loaded with explosives in close proximity to a major AT&T switching facility. Why he sought to inflict this damage remains a mystery. Speculation that he was acting on 5G conspiracy theory beliefs remains that… and nothing more.

In much the same way the aftermath of the Oklahoma City bombing saw an immediate assumption that the actors were either Middle Eastern terrorists or acting on orders of a Columbian Drug Cartel, there is a singular unwillingness to describe the late Mr. Warner as a “terrorist”. What little is known of Warner at this date fits an all-too-familiar pattern that has been with us since the Unibomber: A socially maladjusted and isolated individual with grievances and resentments… as well as the skills to act out on them.

Who just happens to be white.

There is little doubt that, had Warner been either a person of color or had been born elsewhere than the United States, the “T-word” would be in full use in every single press release and article on this subject. But white privilege abides even in this. Until the confiscated digital devices retrieved from Warner’s home gives evidence of the exact ideology that motivated him, none dare call him what he was: A suicide bomber.

The other terrorist act to enliven our holiday news feed is even less likely to be described for what it is — but for those who’s precarious hold on normalcy in times of pandemic and economic crisis was made even more uncertain as a result, the term would certainly come to mind… that is, if the perpetrator were anyone other than the President of the United States.

Donald Trump’s 11th hour disruption of COVID-19 relief legislation he ignored during the months it was in negotiation is not just a dereliction of his duties as president. It is every bit as much an act of spite, malice, and revenge as any other act of domestic terrorism. The potential impact on the security and infrastructure of the United States actually exceeds the scope of the Nashville Bombing. But it does not qualify as “terrorism”. Here again, there is no small amount of white privilege on display. As a thought experiment, try to imagine the results had Barack Obama ever attempted anything of the sort. The social media lynching that resulted from wearing a tan suit would literally pale by comparison.

Unlike Anthony Warner, there is no need to scour Donald Trump’s digital devices for evidence on an ideology motivating his terrorism — both because his motivations are well-known, and also known to be devoid of any “ideology” whatever… beyond Trump’s thwarted will to power and desire for revenge against those in Congress unwilling to indulge his dictatorial fantasies. But his capacity to inflict harm in the weeks remaining before he is finally removed from power remains great. His capacity to inspire other domestic terrorists remains even greater.

The lesson to be learned from these unnamed acts of terrorism is the lesson of our own vulnerability. Key elements of our technology infrastructure have become both crucial components of twenty-first century civilization as well as the privatized cash cows of massive corporations. If AT&T is going to privately operate facilities and networks that can be paralyzed by an aggrieved outcast with access to ammonia nitrate, facilities and networks crucial to communications, commerce, and transportation across an entire region… then just maybe AT&T should be under somewhat higher levels of regulatory scrutiny.

If a political party cannot separate itself from decades of ill-advised coded outreach to racists, cannot repudiate outright seditious conspiracy on the part of elected officials within that party, cannot impeach a reckless and irresponsible president who now threatens the foundations of American Democracy… then, just maybe, that party has no business being one of two majoritarian political powers within the United States. And, just maybe, the political infrastructure of this country is no more suited to the needs of the current century than is our technology infrastructure.

In both cases, fundamental reforms are rapidly becoming fundamental to our ongoing existence as a society. Absent such reforms, terrorists like Anthony Quinn Warner and Donald J. Trump remain a clear and present danger.