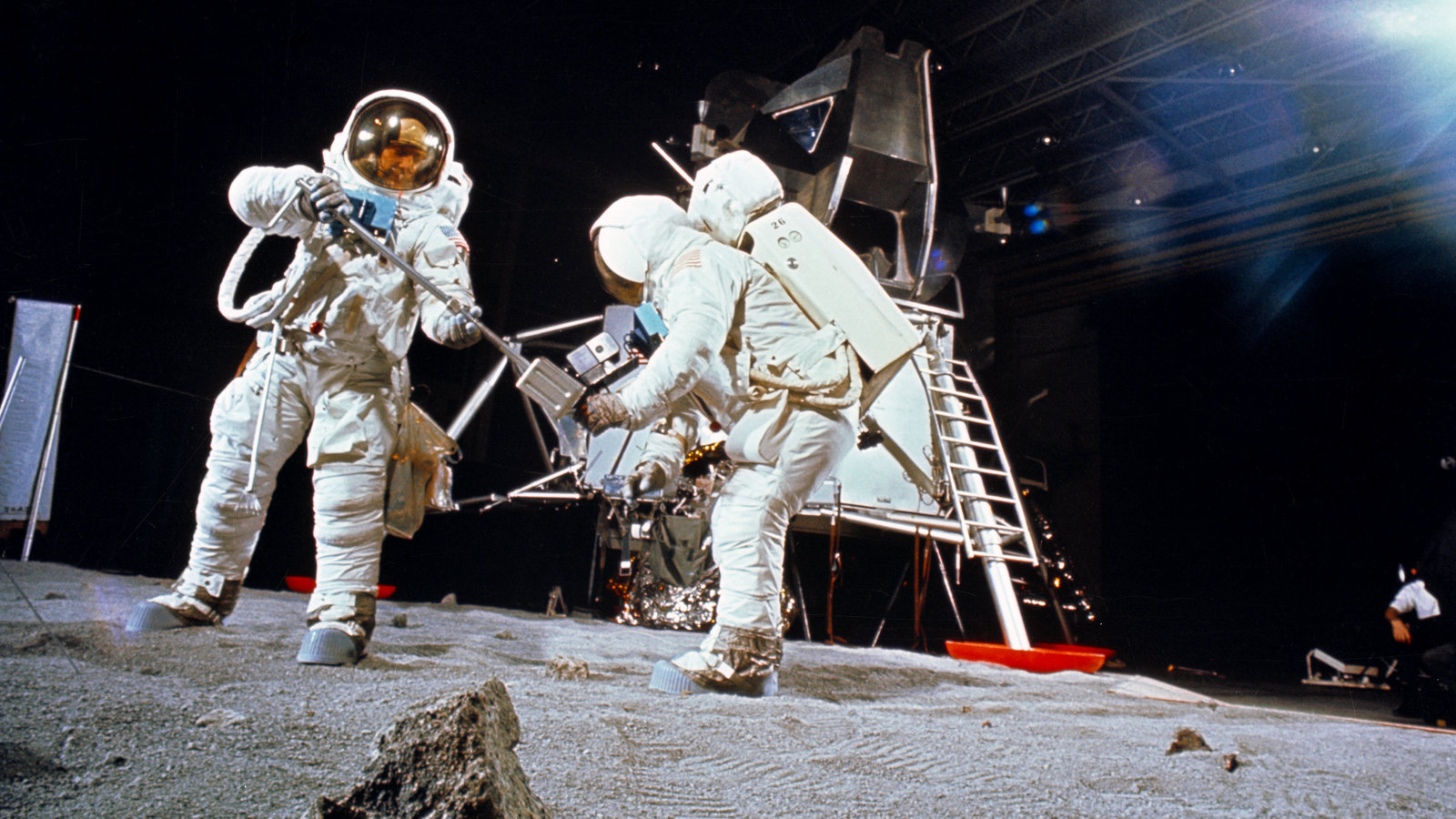 Faking the moon landing would have taken a herculean effort to keep conspirators quiet and organize the project. Executing a massive voter fraud in 2020 would have taken millions of Americans to organize, communicate, and STFU. It is simply beyond the realm of possibility.

It was an historic event of national and international consequence, unfolding in realtime before a global audience of billions. Unfortunately, it was also a fraud — a complex conspiracy to replace truth with deceit, a theft and a lie inflicted upon the American people and the world.

No, not that lie.

The event referred to is the historic Lunar Landing of 1969 — which, to this day, is considered by a certain segment of the population as a lie. This conspiratory belief is not based on any particular evidence as such. It is merely based on the fact that even now, there are those who simply refuse to believe in the possibility of human beings traveling to the Moon. The reasons for this denial are complex, sometimes religious in nature, and essentially an unprovable delusion — one that in many cases escalates to the level of obsession.

Although it is relatively futile to attempt to refute such belief systems logically, there are those who have tried. In one case, an effort was made to estimate the number of knowing participants that would be required in order to successfully carry out a conspiracy to successfully conceal a faked moon landing, by way of information theory and statistical analysis. The estimated number of conspirators worked out in excess of 400,000. That’s 400,000 people working in concert and absolute secrecy to misdirect the rest of the planet away from the “obvious” fallacy of half a dozen manned lunar landings over the course of three years.

Obviously, this did not happen. Believing in the fraudulence of lunar landings requires a willingness to believe in an absurdly large conspiracy. You may not like the idea of people walking on the Moon, may even consider it “blasphemous”. But denying that it happened requires a complete and comprehensive departure from reason and logic.

Moving from one of the all-time classic conspiracy beliefs, let’s look at a more recent one: The equally obsessive notion that Donald Trump’s defeat in the recent presidential election is somehow the result of a massive conspiracy to commit electoral fraud.

It doesn’t hold up any better.

The estimate of a total population of 400K conspirators to successfully conceal a “fake moon landing” derives in part from the total number of NASA staff directly involved in the Apollo 11 Project, roughly 30,000. The number of state and local officials involved in conducting, counting, and certifying the results of a national U.S. election is at least comparable, almost certainly higher. Again, the number of “conspirators” is absurdly high — to the point where it is not possible to rationally believe that the 2020 National Election was some sort of “steal”.

But rationality and the current Republican party have a strained relationship at best. In the case of the party’s current titular leader, that relationship is rapidly escalating into a divorce.

Let’s set aside for one moment the question of whether or not Donald Trump’s attempted weekend shakedown of Georgia Secretary of State Brad Raffensperger constitutes criminal behavior (by the way — it does), and consider for a moment the supposed “conspiracy” Trump has managed to convince a significant number of Republican voters resulted in his loss.

Not only would this “conspiracy” be one of the largest coordinated efforts in history, it would also be one of the most singularly inept conspiracies ever carried out. Why go to the effort of defeating Donald Trump, while leaving intact down-ticket Republican wins on the same ballots? If the Democratic Party has a covert operation nationally capable of subverting the vote, why not use that same ability to ensure Democratic majorities in the House and Senate?

When questioned on the basis for this conspiracy belief in the aforementioned phone conversation, Trump cited, among other things, the disparity in rally sizes as “proof” of a conspiracy to alter the vote. 20,000 largely unmasked Republican voters attending a rally in the middle of an out of control pandemic can’t be wrong…right?

Trump’s delusions and criminal tendencies would be concerning enough in the president of an HOA. Such tendencies in the President of the United States are rapidly escalating past the point where they can be overlooked, even for the short remainder of his tenure.

Case in point: One of the primary reasons cited for the need for an “objection vote” and/or an “election commission” by members of Congress seeking to speedbump Wednesday’s certification of Electoral College results is the widespread belief among Republican voters that there was fraud in the election. Their source for this information? That would be the guy who lost the election. This is tautology, to use a much nicer word than it deserves. Worse yet, Trump is also soliciting these same low-information voters to turn out for a “wild” counter-demonstration during the Biden/Harris inauguration. In anticipation of widespread violence as a result of this irresponsibility, National Guard units are already being deployed.

In the aftermath of Trump’s misfired shakedown, even Lindsey Graham is demurring from the need for an objection vote on Wednesday. Once Lindsay Graham has joined the rodent race for shore, it is time to admit that the ship has not merely sailed… but is rapidly taking on water. It is time to put this farce to an end. It is far past time for the incoming administration to give up the fond fantasy of letting bygones be bygones and looking to the future instead of the past. Criminality requires prosecution. And groundless conspiracy theories need to be definitively expunged from any majoritarian political party.

None of this is going to happen on its own. In the absence of zero tolerance for criminality and criminally irresponsible conspiratory nonsense, Trumpism — even without Trump — isn’t going to go away. It is only going to mutate into something even uglier.