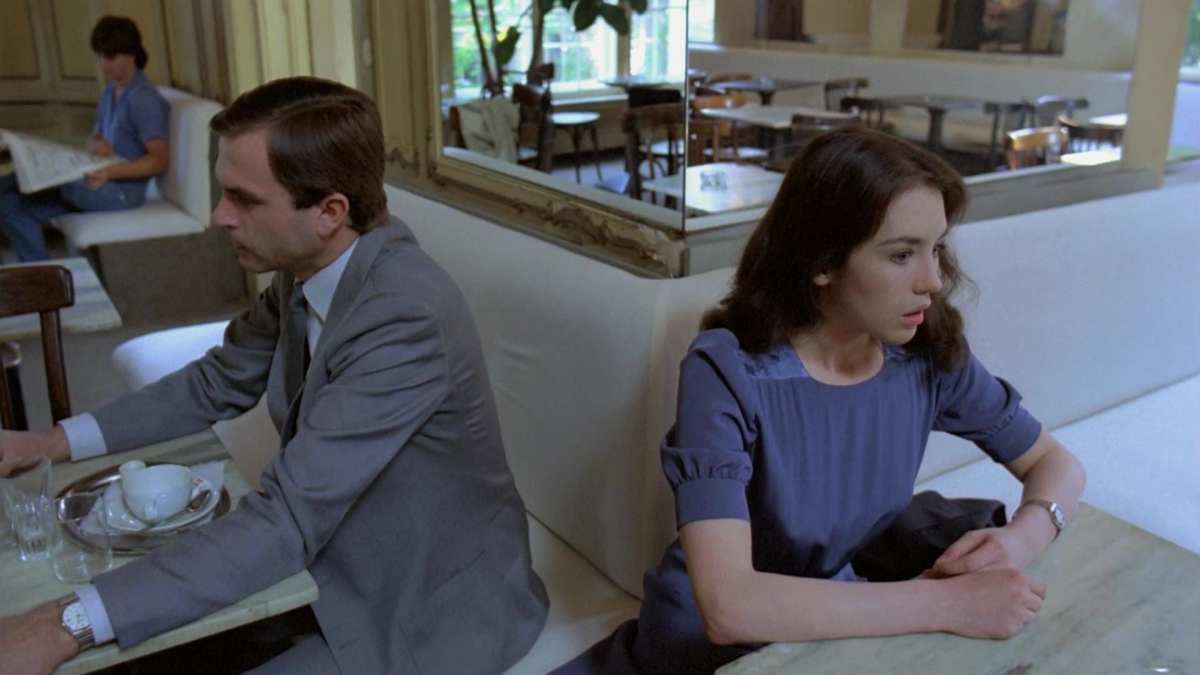 ‘Possession’ may be the most obscure and yet influential cult film ever made.

The 1981 international production by Andrzej Zulawski was released in an edited version domestically. A new 4K restoration promises the complete vision of the director along with an eventual Blu-ray release as well as a limited theatrical release starting October 15.

“Possession’s” re-release had its theatrical premiere at Fantastic Fest in September.

Outside of his native Poland Andrzej Zulawski was unknown. His credits span the careers of contemporaries like Polanski, Kieslowski, Agnieszka Holland and others. Zulawski was 75 years old when he died in 2016.

Films like the current release “Titane,” or say a film like “Blue Velvet” stretch convention to the breaking point. Even as “Possession” preceded those films, so other films by Polanski or Cronenberg came out a handful of years earlier than “Possession.”

Jean Cocteau’s 1932 “Blood of the Poet” and the Salvador Dali/Luis Buñuel 1929 silent “Un Chien Andalou” were controversial for their imagery. Obviously there is no comparison to the social mores of 1929 with 2021. “Possession” offers the same scope as any brilliant, or some may say grotesque, film being made now.

What starts as a domestic argument between Sam Neill and Isabelle Adjani evolves into a complex journey through an increasingly fraught relationship.

A spy narrative is woven into a few scenes, like a mission debriefing or a car chase but the real pattern is established by the constant back and forth squabbles between Neill and Adjani, who by the way are impossibly young in this film.

Different versions of reality seem to be happening in linear fashion before our eyes. In one Neill and Adjani kiss and make-up and then make each other’s lives hell; in another she’s a different person, a teacher, with the same eyes but different hair and he’s a blob of pulsating livid flesh that Adjani hides in her alternative existence.

There’s also an Adjani freakout in an empty subway. Wearing a blue dress and spewing a milky substance and becoming possessed, by what we never really find out, Adjani’s gyrations conjure true primal emotions. This sequence has inspired rock videos not quite up to the task of capturing what the actress possessed.

Adjani won the 1981 Cannes Film Best Actress for “Possession” and the film “Quartet.”

Carlo Rambaldi provides creature effects a few years before his demand would soar due to “E.T. the Extra-Terrestrial.” The camera moves in unique circular patterns at select moments.

Adjani is shoving beef into a processor and turning it into ground round. There’re a lot of consumer appliance references here but that’s not the point. In 1981 anytime anyone picked up a carving knife in a film it was an implication of bodily harm. In this particular scene both Neill and Adjani use the vibrating blade for self-abuse.

There’s a French film, the 1976 “The Lost Woman” where Gerald Depardieu cuts his penis off with a carving knife.

Believe it or not, this sequence in “Possession” actually propels the rest of the plot while giving a sense of closure to what was once a beautiful relationship.

What was once called surrealism merged with exploitation and became “Possession.”

“Labyrinth of Cinema” is at times exhausting yet illuminating. Presented like a mock stage production the entire affair incorporates pure cinema with diversionary cheap effects. There are poetic moments galore.

Nobuhiko Obayashi, perhaps best known for the 1977 cult horror film “House,” died shortly in his early-80s after making “Labyrinth.” The film reminded me of the kind or austere filmmaking seen in certain films of Eric Rohmer like “Perseval” or the merger of proscenium and film technique of Hans Syberberg.

Never boring despite its length “Labyrinth of Cinema” moves with the aplomb of a Marx Bros. film with frantic editing revealing a constantly changing story. The lead characters are thrust into a movie-within-a-movie composed of classic Japanese cinema mixed with Hiroshima references.

Hiroshima’s port city of Onomichi was a frequent location for Obayashi films, in addition to Yasujiro Ozu’s “Tokyo Story,” itself referenced with an actor playing Ozu. There’s a cloak of intimacy the film creates that incorporates different style Japanese subtitles (both vertical and horizontal) along with English subs.