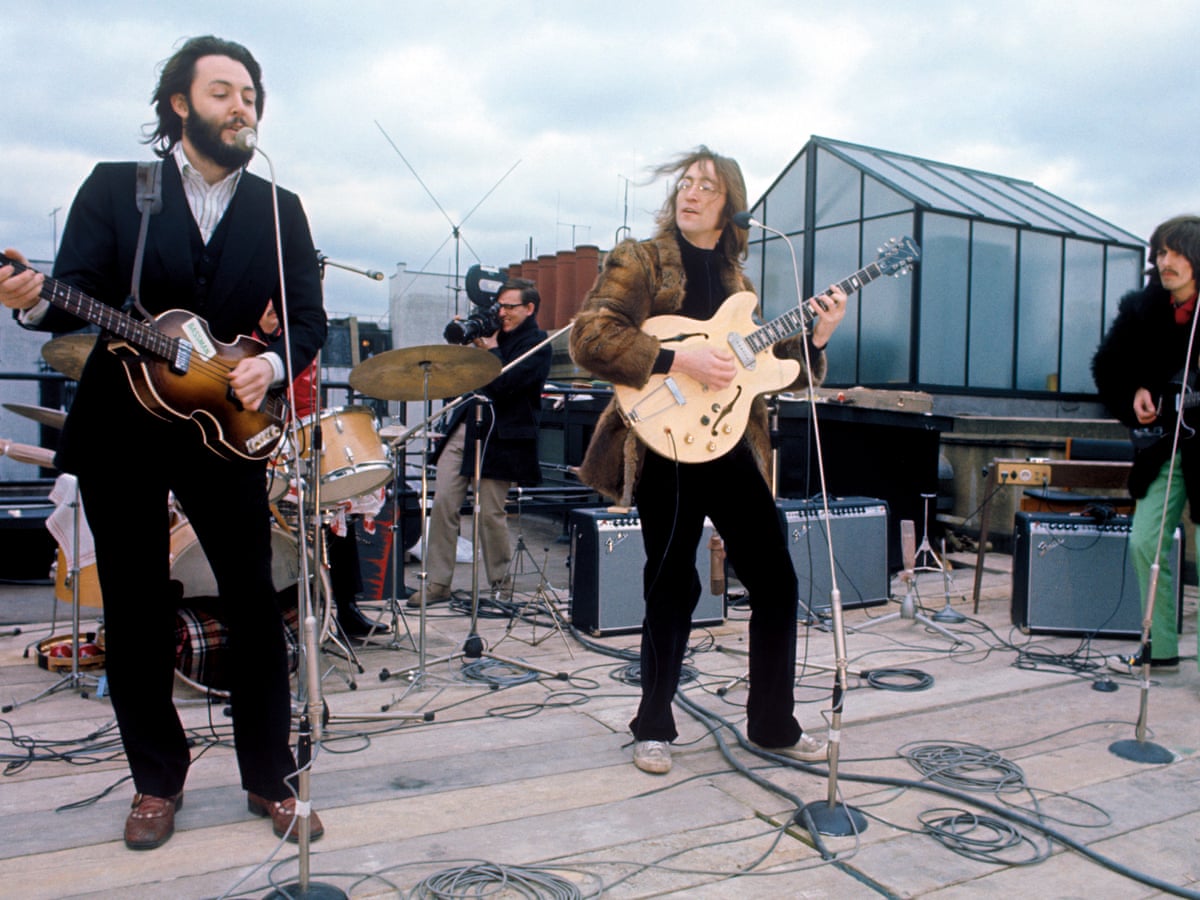 Peter Jackson has masterfully assembled an eight-hour rockumentary crafted from nearly 60 hours of film footage and twice that of audio archives.

“The Beatles: Get Back” chronicles forgotten archives some of which became the 1970 movie “Let It Be.” Over a four-week period at the beginning of 1969 director Michael Lindsay-Hogg shot footage with multiple cameras on a daily basis as The Beatles rehearsed.

Equipment, amps and instruments were installed at Twickenham Studios on part of a stage that was already rented awaiting lensing of “The Magic Christian,” a Ringo Starr vehicle, later in the month. On Thursday, January 2 the band started sorting out demo material with some of the songs becoming dominant throughout the film.

No matter what time of day the Fab Four randomly toss out cover standards from the ‘50s. That could include “Bye Bye Love” or “Stand By Me” among many others. “The Harry Lime Theme” from the movie “The Third Man” was a pleasant surprise.

During the first week they invigorate unused Lennon/McCartney songs from the 1950s looking for album fodder. One such song is “One After 909.” “Get Back” opens the door on a lot of Beatles songs that have rarely seen the light of day.

More than once during the doc Lennon works on a tune titled “On the Road to Marrakesh.” The tune is recognizable because it would later become “Jealous Guy.” Likewise Harrison introduces “All Things Must Pass.”

For some California grass

“Get Back,” the song, started out as a protest against British migration policies. Eventually the lyrics expanded to include Jo-Jo and Sweet Loretta. Songs evolve over the course of the film culminating in a spontaneous rooftop performance, the first time The Beatles had played live in years.

Conceptually Lindsay-Hogg envisioned the lads playing at an African outdoor amphitheater to an audience of Arabs. Conversation over the first week muses over the possibility of a performance where the audience travels with the Beatles to the concert in another country by ship.

Lindsay-Hogg makes an impression as he’s taller than most and constant holding either a camera or a cigar and oft times both. He espoused as fact that Orson Welles was his biological father. Lindsay-Hogg had also then recently helmed “The Rolling Stone’s Rock and Roll Circus” as well as The Beatles’ “Hey Jude” live video.

The multi-perspective footage allows Jackson to cut together scenes of incredible verisimilitude following specific conversations. We’re introduced to the many faces that make up the production staff as well as those who were present.

That includes engineer Glyn Johns; Beatles roadie as well as Apple executive Mal Evans; producer George Martin; Yoko Ono; Maureen Starkey; Linda Eastman; Patti Harrison; various employees and occasional celebrities like Peter Sellers (one of the stars of “Magic Christian”); Alan Parsons, then in charge of changing the audio tapes, and last but not least the spectators and cops on the fateful day The Beatles played live from atop the Apple Building stopping commerce on Savile Row.

Jackson divides the story into three distinct episodes. The first runs 157 minutes, the second 173 minutes, and the last a mere 138 minutes. The longer the film becomes gets the more you never want it to end.

You’re hanging out like a fly on the wall watching some of the best musicians of their time perfect their sound.

Each episode deals with a certain subject while maintaining a foothold on the final objective – the live performance.

The first episode winds up after the first seven days of rehearsal. On a Friday around noon George up and quits. He doesn’t yell or moan or stomp. “See you round the clubs,” Harrison says on his way out.

Harrison was not the first member to quit The Beatles. Ringo split during the recording of the White Album, took his family to Greece on vacation but eventually came back.

The White Album was as much about the group using overdubbing, and recording in the studio alone without the others. The core meaning of the Get Back project was for The Beatles to record an album, and perhaps perform live, as a group in one take with no overdubs. It was a return to their primal routes, when they played live eight hours a day, every day in Hamburg.

The second ep picks up with some of the most frank discussions heard in the movie. The filmmaking team recorded one conversation covertly by placing a hidden microphone in a container on a table in the cafeteria where John and Paul candidly discussed how to talk George back into the band.

At this point the boys move from Twickenham to the basement of the Apple world headquarters where a recording studio has been set up. We’re talking Apple as in Apple Records. The objectification of the name Apple by the megalith computer company is a testament to the influence of Lennon and McCartney.

There one jam number titled “Freakout,” which is McCartney wailing on drums, Lennon punk rocking out complete with amp assisted feedback while Yoko warbles her primal therapy vocalizations.

At another point Paul’s young daughter is in the studio imitating the discordant sounds of Yoko while the band plays. Everybody acts like a family and you feel their bond.

The last episode leads up to the concert that is covered in detail. Not surprisingly Lindsay-Hogg had a hidden camera in the entrance of the Apple building that records the authorities trying to get past the secretaries. Additionally half a dozen cameras capture the action on the street and on the roof.

Billy Preston, brought in as a fifth Beatle to play keyboards for the live sound makes an impression with his constantly smiling visage. Who wouldn’t be smiling that wide after being invited to play with the world’s most famous band? It resulted in two Preston solo LPs released on Apple and launched the most popular phase of his career.

“The Beatles: Get Back” has the Jackson stamp; he knows how to establish backstory. At the right moment the group’s pilgrimage to India to meditate with  Maharishi Mahesh gets the flashback montage treatment.

The Beatles refer to their previous two films “Help” and “A Hard Day’s Night.” The inference is that what Lindsay-Hogg is shooting will become their third film. Two other films, now considered Beatles cannon, include “Magical Mystery Tour” itself a British television Christmas special, and the animated “Yellow Submarine.”

Lennon had the best method of appearing on camera while constantly mugging and making Bugs Bunny faces.

“Let It Be” the eventual movie has not been treated well by time. In the opposite case of the other Beatle movies it’s never been released on DVD domestically.

There is a similar arc to the two movies. We see the progression of artists working together in a harmonious manner that’s not without its peaks and valleys of disagreement.

Jackson is so divested in reliving each day to the point he’s fetishizing a graphic of a calendar. Even while detailing minute-by-minute minutia with an eye towards its place in the entire complex affair Jackson finds ways to give the story heart.

“The Beatles: Get Back” will be embraced by longtime fans but may perplex neophytes unfamiliar with the dozens of songs on display.

Of all the writer/directors making big budget action films Nolan is singularly the guy ...